Went for a drive today to Woods point through Marysville and I've got to say that I haven't seen snow as low as it is at the moment. I've only been going up there for the last 5 or so years but the snow was starting to build up on the main road to Woods point just out of Marysville.
There were 5 vehicles in all that made the trip and it was really a day to take the kids out to the snow. No serious 4wd'ing was done as some of the vehicles were not suitably equiped. But the day wen't smooth with no problems encountered by anyone. The kids had a ball in the snow and it was a battle to get them back in the vehicles.
We stopped at Woods point for lunch when I wandered over to the general store to grab a coffee... only to find that they have now stopped trading (no fuel or food)
On the way out we took a detour via Frenchmans spur track (I think thats what it was called) wher the kids had a bit more fun in the snow and we then continued along and had a go at #2 shortcut before heading back on to Big river road and then home. Given the amount of snow that was on the ground, and that 2 of the drivers have had very little experience and one Holden Captiva was a very good effort by them.

Not much else to say but i'll try and post some pics up here soon...

G'day Mickyd213 I was up there today aswell, went thru Marysville up lake Mtn, decided $35 was to much to spend so headed to Woods Point. Amazing how much snows about up there, we wanted to continue onto Aberfeldie but I chickend out when I saw just how bad the road looked (we were on our own) Im certainly looking forward to going back there very soon. I to stopped in at the Pub but left soon after as service was poor. YouTube - Triton Playing in the snow ,this is just a breif vid we took.

Looks like you guys both had a good day out, I guess i know where I'm taking the little EMU's during the school holidays seeing it's not that far from me.
Might even try to freeze some sense into Grumpy at the same time.

A gold company has taken over the Woods Point general store,(they are using it for accommodation) no more fuel at Woods point.Take your own fuel and supplies !!

Thanks for the heads up!

Heres just a few pics we took from today

Great pics Bullstat these QLDER's don't know what there missing

Thanks Gunna ive got heaps more but theyre to big, my missus keeps trying to get me to move to Qld but how can ya beat this.

They have moved( Land Developers)into Happy Go Lucky (above Walhalla) DO NOT START ME !

Bullstat said:
Thanks Gunna ive got heaps more but theyre to big, my missus keeps trying to get me to move to Qld but how can ya beat this.
Click to expand...

Yes we do!!!!! That's why we're heading that way in a few weeks time!!! THEN, We are coming home to thore out and bask in our beautiful sunshine!!

Hey Keg, where was our invite? Sounds like you had a top day.

Great tales and pics, looks like fun was had by all.

Thanks Guys for the reports
M

Was a spur of the moment thing... Got a call 10pm Friday night. Hopefully the snow stays up there for a bit longer.

FYI... The publican at Woods point said they were expecting between .5 and 1m of snow overnight. Be interesting to see if it fell or not.
Last edited: Jun 14, 2009

Ive been there plenty of times both as holiday's and work, when doing Interstate driving I was there every week, I just prefer Vic's climate to Qld's. Wouldnt mind taking the Triton up to the Glasshouse Mtns tho.
M

here are some photos from the weekend...


Looking out from the gap getaway 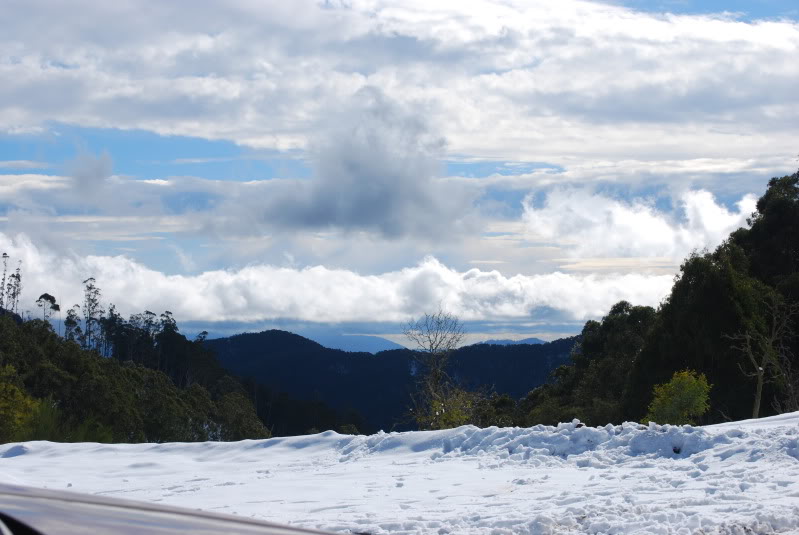 Group shot at the gap getaway 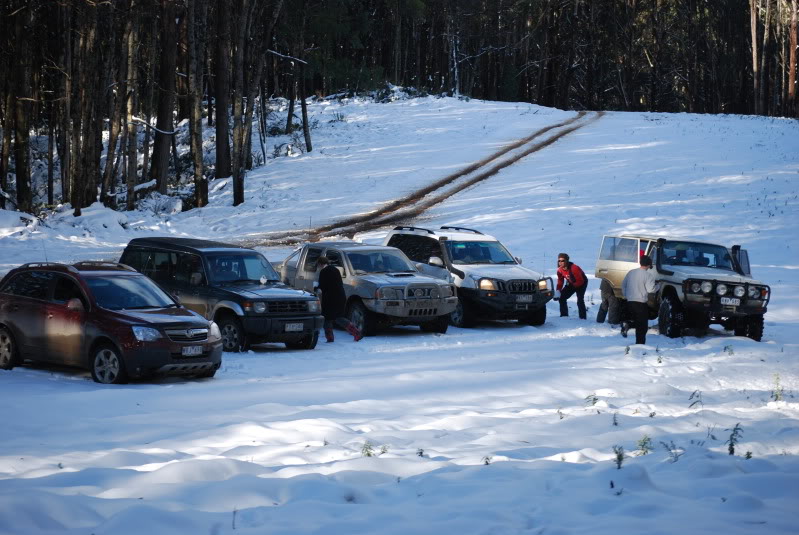