Last week the news was full of the search for 2 people missing for 10 days. The Police and other campers found their 70 series with a burnt out tent. The search was called off on Friday due to the weather. The Police said they couple weren't escaping from the Corona Virus. 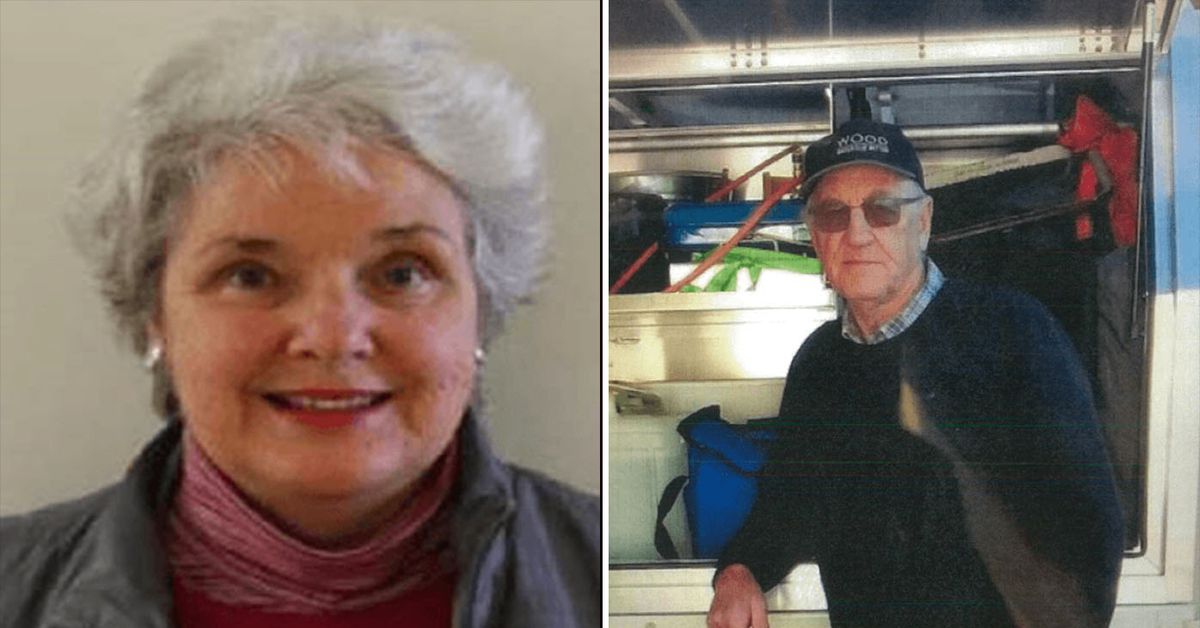 I know the weather hasn't been great but I haven't seen any update. Does anyone know the status?

boobook said:
Last week the news was full of the search for 2 people missing for 10 days. The Police and other campers found their 70 series with a burnt out tent. The search was called off on Friday due to the weather. The Police said they couple weren't escaping from the Corona Virus.

I know the weather hasn't been great but I haven't seen any update. Does anyone know the status?
Click to expand...

Still missing, as far as l know.
B

It does seem strange, he was well equipped, reported in with the HF radio every day, told his family where he planned to go and seemed expereinced.

The the whole tent burned down, and he didn't stay with the car which was apparently working fine, or call for help.

I hope the couple is ok.

Speculation only, maybe went for a walk / hike and got lost, the tent may have caught fire while he was gone. If he was at the camp site I don't think he would have allowed the fire to reach his car.

It is a weird case this one , as you said he seemed experienced and well equipped.could be foul play , could of got lost or sometimes people go missing and don’t want to be found ?.....very strange indeed
A Police call off the search for two elderly friends whose campsite was found burned out in the Victorian wilderness more than three weeks ago.

^ l seen that on tonights news. Its a strange situation.

I'll have a guess,either deer hunters will find the body/bodies or they wanted to disappear...

Swaggie said:
I'll have a guess,either deer hunters will find the body/bodies or they wanted to disappear...
Click to expand...

Very sad for the families either way , but we can see were this is heading .
B

Wonagatta, was there one time, camped by a creek with 4 other cars approx 5.00 pm DST. A vehicle goes racing by chased by another vehicle, both flat tack, this went on for one half hour. they eventually disappeared and next you could hear a volley of shots.
Soon after some one suggested we should go for a drive around to check out the site, as we drove on one of the tracks a vehicle had plowed off the side of the track into the bushes. As we pulled up and standing around to check out why the vehicle was there, two guys appeared out of the bushes looking very sheepish and asked if we could help pull the vehicle out, it was the same vehicle which was being chased previously
We surmised that these guys had been caught raiding one of the marijuana plots located off the tracks
An ex employee who used to be from Moe told me how they used to set up plots off the side of tracks and grow commercial quantities of marijuana, the biggest threat being kangaroos and other natives who took a fancy to the plants, plus others robbing the plots
In all this not saying it is related to this incident at all, but there are some real weirdos around the Latrobe Valley who wear moccasins and play dueling banjos
B

a1bert said:
there are some real weirdos around the Latrobe Valley who wear moccasins and play dueling banjos
Click to expand...

All this time I've been assuming they all go to Walhalla or Labertouche.
B

Hmm.. the other woman.

boobook said:
Hmm.. the other woman.

Says member only story for me,I don't think much of there reporting to actually pay for it....

The wife of a man missing in Victoria’s high country didn’t know he was taking the camping trip with another woman. The pair’s charred campsite has added to the mystery of their disappearance.

April 9, 2020 12:58pm
The wife of a man missing in Victoria’s High Country with another woman thought he was taking the camping trip alone.
Russell Hill’s wife Robyn, 71, said she was hoping for the best after the search for her husband and Pakenham woman Carol Clay was abandoned on Monday.
Mr Hill, 74, of Drouin, and Ms Clay, 73, of Pakenham, last made radio contact on March 20, a day after setting off.
Their camp site, in the remote Wonnangatta Valley near Dargo, was found a week later but search efforts were marred by bad weather.
“I just wish they would find them both alive,” Mrs Hill said.
“I thought he was going alone, I can’t believe it.
“I’ve got a feeling they may have died.”
She said Russell and Carol had been friendly for decades.
Mrs Hill said her husband “knew the area well” as he used to work up there for his work in logging.
She said she had an inkling something had gone wrong when he stopped communicating on his radio system.
“I knew something was wrong because he wasn’t calling in on the radio,” Mrs Hill said.
“It is not a good place to be when the weather gets bad.”
She issued a message to her husband of 50 years.
“You silly bugger,” she said.
The scene at Mr Hill and Ms Clay’s camp site has only magnified the mystery of what happened to them.
Charred camping furniture and tent poles were found at their site.
Although it bore scorch marks along the side, Mr Hill’s late-model Toyota four-wheel-drive was able to be driven, leading police to believe they walked away.
But an extensive search effort, aided by helicopters and drones, found no trace of them.

Mrs Clay’s car was later found at her Pakenham home.
Detectives from Wellington criminal investigation unit are trying to unravel what happened to Mr Hill and Ms Clay.
Anyone with information can call Crime Stoppers on 1800 333 000 or visit the website crimestoppersvic.com.au.

Pretty sus, who goes camping with another woman and leaves the wife at home? Either murder suicide or vengeful wife...

discomatt said:
Pretty sus, who goes camping with another woman and leaves the wife at home?
Click to expand...

Me lol,sorry mate thought it was the done thing these days.

All jokes aside i thought it weird the wife thought it was acceptable for a 70 year old to go 4wdriving to places like this by himself....
The marriage obviously wasnt good...
B

Something has seemed sus about this whole issue from the start. Very strange. And it only came out that the wife didn't know that the other woman was on the trip 10 days after the search was in the media.