What Did You Do To Your 4X4 This Week? Include photos, if possible!

I had TX4000's in my opinion and use I never had a problem with them, as mentioned until an Oygen Theif used hot melt glue and basically transmitted constantly with NO areal hence blew the finals in that set. It is a can of worms over GME stalwarts [i am one] yet i would be persuaded into another brand. Work ran 3 tx4000 and one tx 4200, one old Uniden ... I ran 3 tx4000 two mobile one base. The great feature was SelCall .... no need to listen to all the B&S ball all the time.

I sold them off either with cars or to captive buyers in the 10 digit range of SelCall for convenience. I wanted the newer model to fit in less space + the ''extras'' ... went to the tx3400, remote face. Not a good radio in my opinion, and it blew the finals, due to a dickey areal, not the sets fault, but that model was also noted as having a problem with its finals.

Today I run a TX3520 remote face, it is so fandangle I need carry the manual with just to change the screen colour, one redeeming feature is it will show battery voltage, accurate or not, it is better than noting. I do however treat it with kid gloves, I don't think right? or wrong? that the newer models are as robust as the old 4000's.

Cheers ... still think the way you did it deserves 10 points on the think outside the Ikea box

What model Uniden is it?

Noel Preston said:
What model Uniden is it?
Click to expand...

I have the same one, mine is "collectors edition", I have no idea what makes it special. I paid $300 new in the box including aerial and all hardware. 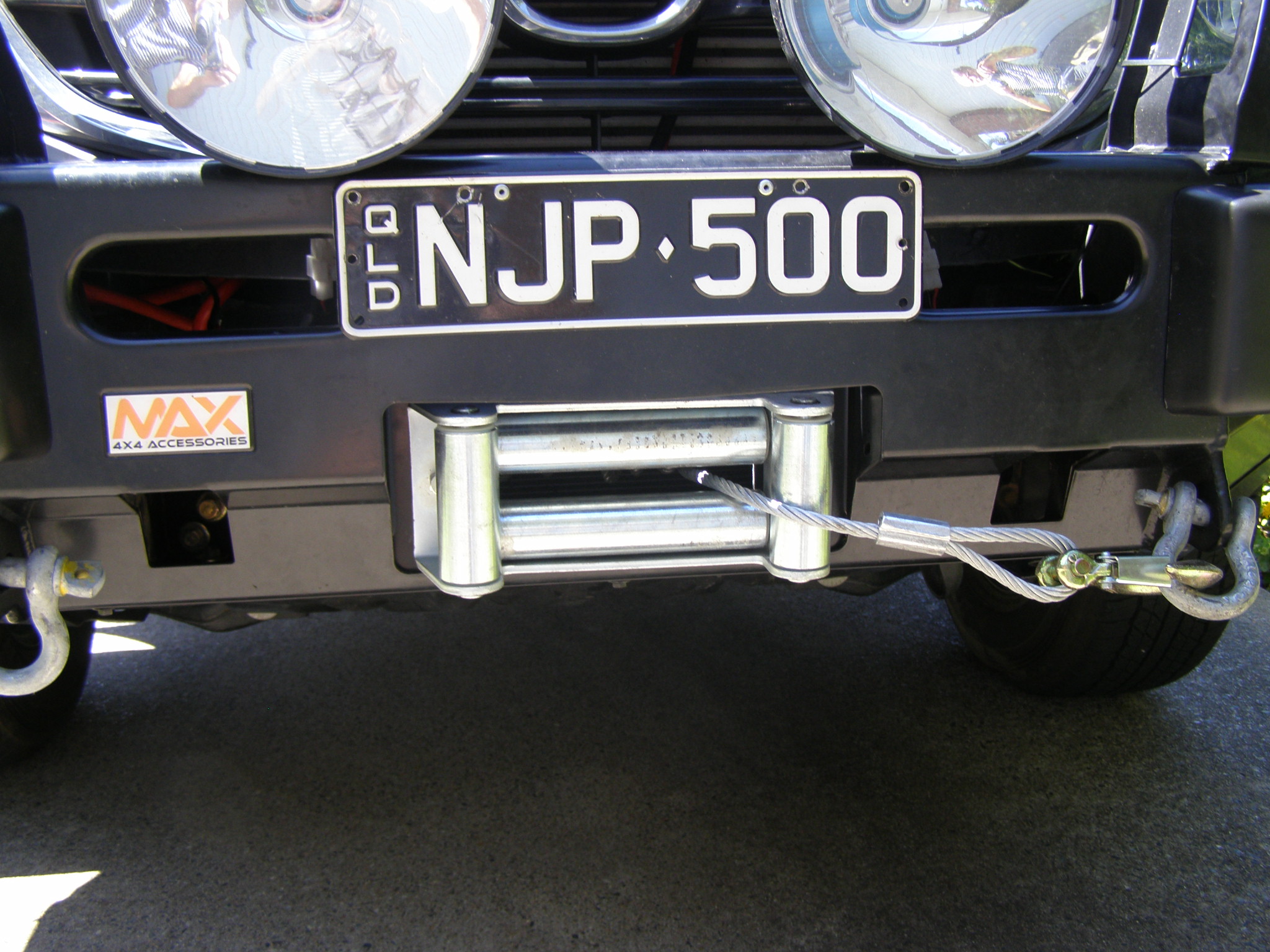 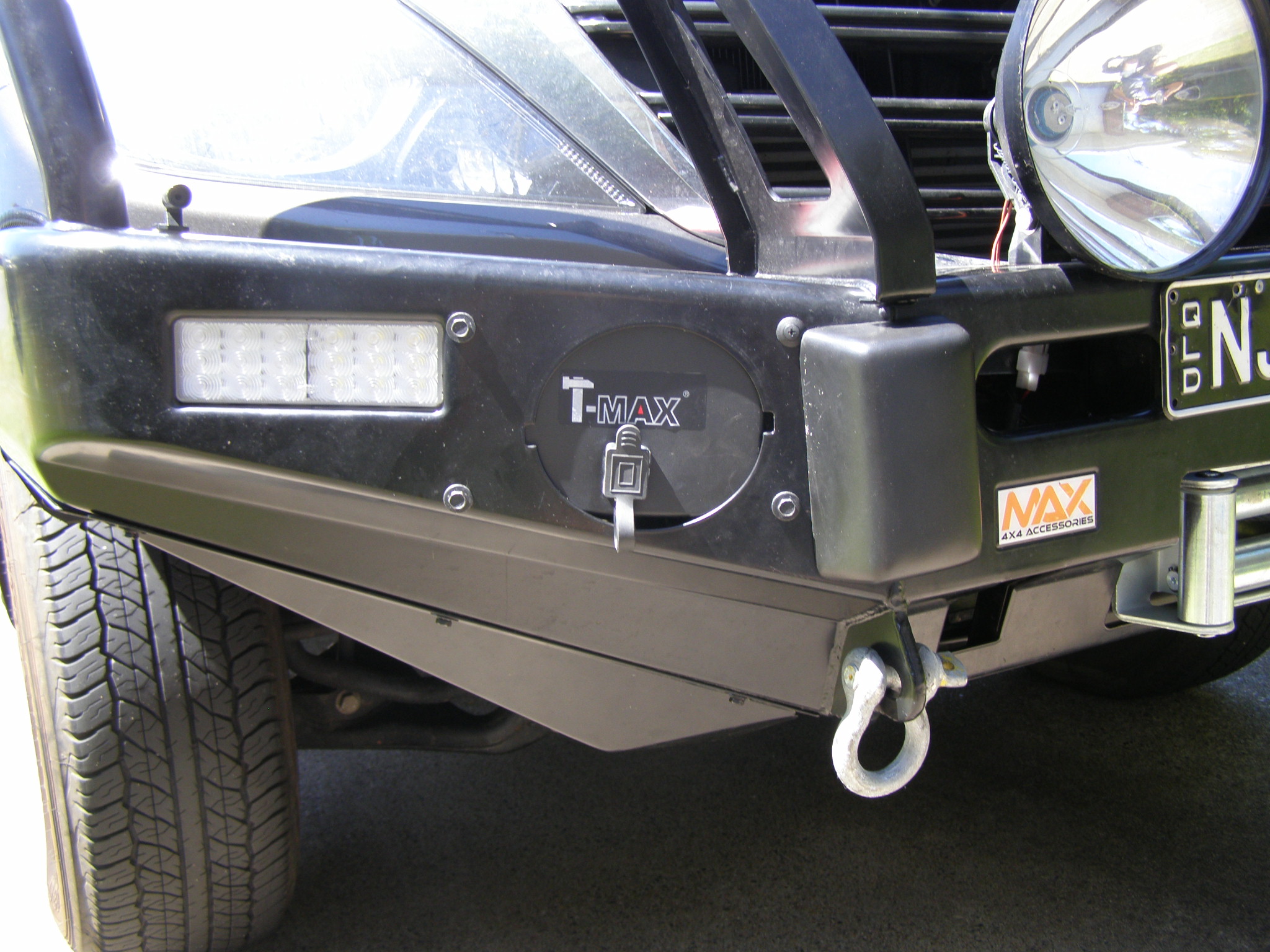 Finally found the time to fit my brand new $300, 8 year old, T-Max 10,000 lbs winch. I had to turn the clutch housing and while doing that the steel cable saw it's chance to escape after 8 years of being imprisoned on the drum. I have ordered Dyneema rope for it now, steel cable is for the birds. I can't see the drum, so I can't see how the cable is winding on, it took 2 goes to get it reasonable. After the installation was complete it wouldn't work, checked everything out and found out the plug for the hand controller has to be inserted and turned much like a bayonet cap globe. I read the owners handbook from cover to cover and it mentioned the most basic things but nothing about having to turn the plug and there are no indications on the plug. I mounted the control box behind the bullbar where a fog light would normally reside. I will be leaving the fairlead rather than changing to a hawse, can't see how the rope can get caught bin the rollers and surely it's better to pull the rope over a roller than drag it over a fixed piece of aluminium.
C

Re-routed the lines to and from the oil catch-can on my MY2014 Collorado. But ended up asking myself, why isn't life more simple!?
So after about 20,000 km with the catch can, I was doing an under-bonnet check a couple weeks ago and noticed the lines to and from my catch can were rubbing in a few places and wearing through (because they were tucked in behind the engine where there is next to no room). Add to that I got suckered into changing the stainless steel mesh filter in the catch can for a cotton fibre one, and on the trip over to the coast a couple days before Xmas that resulted in the Colly throwing a CEL after 120k m of travel. (Cotton filter out, a few stop-start cycles and CEL disappears, so stainless steel mesh filter back in. I can only assume the cotton fibre filter was too restrictive/inhibited crankcase ventilation flow(?))
Anyway, the way to provide a good run through the engine bay for the lines to and from the catch can meant blanking off the existing line into the air intake pipe and making another nearer the air filter box (see photos). It seems sometimes the simplest jobs get complex! . Job successfully done however! 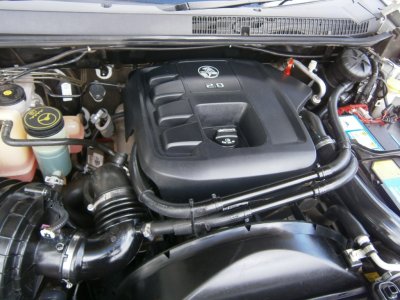 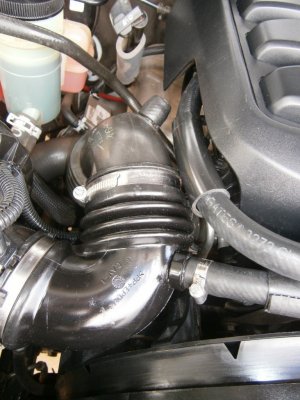 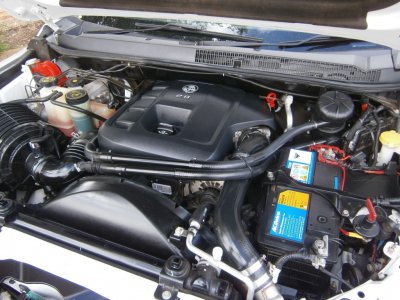 Scored an Engel 8 litre drink cooler for $30, supposedly used once, BCF price $129. Today I bought a passenger side bucket seat to replace the world's most uncomfortable seat fitted to a modern vehicle. Original seat is totally non adjustable at all and is a half bench type. The seat I bought has identical upholstery and came from a BT50 with 9,500 kms on the clock. $136 after GST claimed back. Getting close to how I want it.

I changed my battery , I put a new one in every 2 years on the dot , whether I think I need one or not.

Spooner said:
I changed my battery , I put a new one in every 2 years on the dot , whether I think I need one or not.
Click to expand...

Why?? My D4 is soooo reliant on top battery condition its ridiculous how many faults the computers will throw up and put the car in limp mod and the battery is now 4 years old and gets a double load test every 6 months which if it is close to dead will kill it and give me the chance to replace it while its in a workshop

discomatt said:
Why?? My D4 is soooo reliant on top battery condition its ridiculous how many faults the computers will throw up and put the car in limp mod and the battery is now 4 years old and gets a double load test every 6 months which if it is close to dead will kill it and give me the chance to replace it while its in a workshop
Click to expand...

Just playing it safe Matt,
Gets a good workout and Id rather replace it sooner rather than when inconveniently needed at extra cost.
Sure I could probably get more time out of it but it shows hints that its time to change around the 2 year mark.
I think the winch and other stuff put a fair load on it.
Its just turned 6 years old and 3rd battery installed.
Cheap insurance 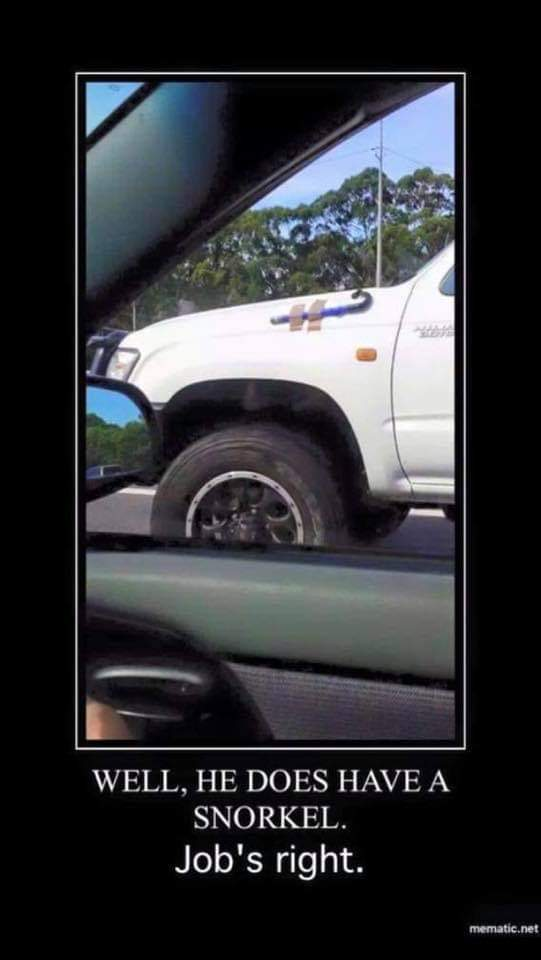 That is a B C Effing good laugh ... Thanx for that
C

I got around to fitting a new brake controller somewhere where I could see it The old one (came with the vehicle when I purchased it s/h) was hidden under the dash where you couldn't see it without taking your eyes off the road and ducking your head down around the steering wheel (what was someone thinking?). Plus it leaked current and would flatten a battery over a week period (strangest thing!?). Obviously a dodgy unit or installation. Anyway ripped the old one out and all the old wiring and started from scratch. Should be good now! 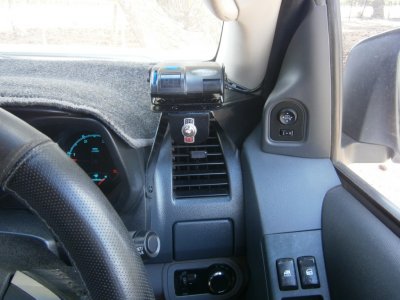 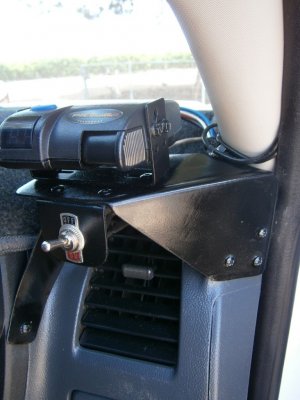 Can’t take pics but the Prado is booked in for tomorrow, getting a shift kit installed. 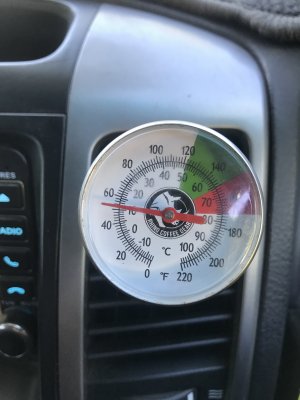 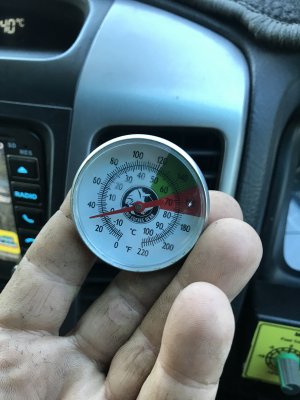 Added a potentiometer to the Prado air con

A Thermometer - a potentiometer is a variable Resister like a volume control.
Looks good though.

billolga said:
A Thermometer - a potentiometer is a variable Resister like a volume control.
Looks good though.
Click to expand...

I’ve added a potentiometer into the circuit. Next to the thermistor. It’s adjustable, if it’s too cold and freezes up. I will adjust the value. Fine tuning required over time and hit days.

The thermometer is there for testing purposes

Forgot to take pics of that. My bad

Got my Safari Armax snorkel installed today. What a right pain in the bum! Can see why others haven't worried about all bolt in the snorkel body, but got them all in the end 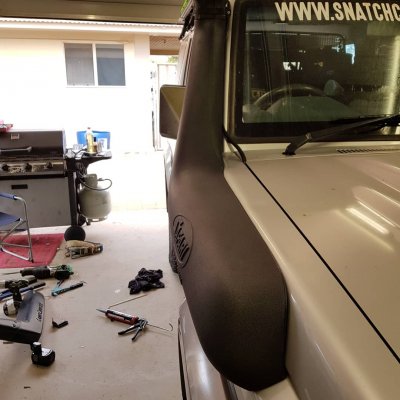 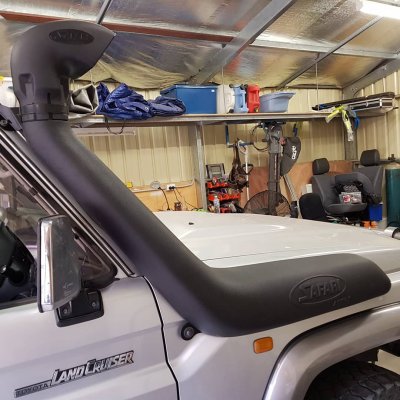 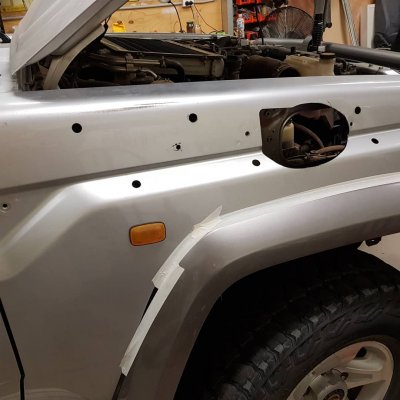 Rags90mod said:
Got my Safari Armax snorkel installed today. What a right pain in the bum! Can see why others haven't worried about all bolt in the snorkel body, but got them all in the end

That’s a big hole, not sure I would have the intestinal fortitude to do that

EffieC said:
That’s a big hole, not sure I would have the intestinal fortitude to do that
Click to expand...