found this today, interesting idea, but does it work? anyone got one? 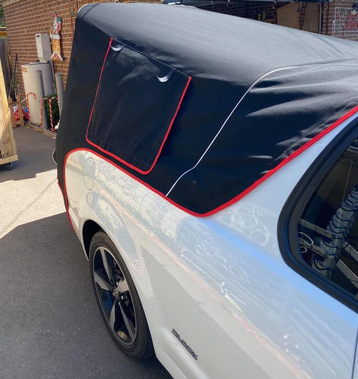 Forget about sleeping in a damp cold tent. Our ute swags allow you to sleep in the elevated safety and comfort of your own vehicle completely protected from the elements.

Interestingly, it is not a new idea/

Back in the mid 70's, one could purchase a Genuine Holden Part # 9941933, for the princely sum of $65,
a Hatch Hutch that within a few minutes made the Torana Hatchback a camper.

''Whoever developed the Hatch Hutch knew what they were doing. It works!''


There was also something called like Tail tents? to fit a Sandman van. American versions fitted both '74 Nova &'74 Pontiac Astre and other makes/models.
What this is? I have no clue? but it definately predates the 70's? 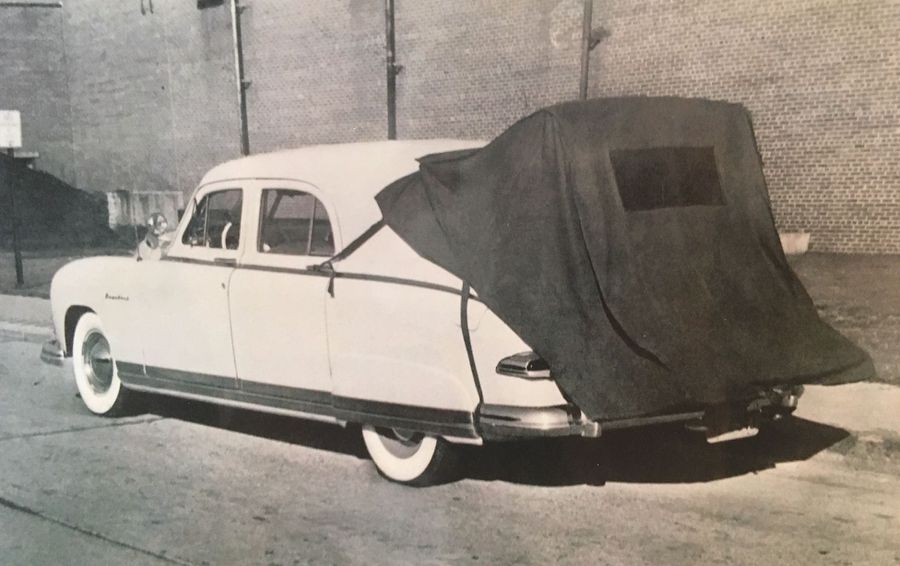 Yes, I have used similar, but not the exact same you mentioned, and because it was not specific for the model it was about half an inch too short for a dual cab, yet weathered a thunderstorm from hell one night resulting in the bottom of the mattress becoming slightly soggy.
After several trials I was less than impressed with having everything on top of the bed, hence it all had to come out to sleep. The other yick part was the cold steel floor and condensation over night.
I however raised the floor [draw under] which cured the condensation, and meant not everything had to be removed each night.
I was going to proceed with the concept, went to my favourite canvas shop, obtained a quote, fell over backwards and said I will think on it.
The quote was probably 100$ dearer than the price of these shown in your link but I opted out. The concept however is brilliant and from a prototype trialed several times I can tell you they do work, it is a case of do you want to unpack, or not.

My false floor above the draw has an approximate third that folds out over the tailgate, a standard single mattress minus 4 inches [cut off the length] will fit neatly between the above wheel arch boxes and to the end of the tailgate.
The mattress is also cut into thirds and folds up to fit neatly on its edge from the floor to the top of the canopy. 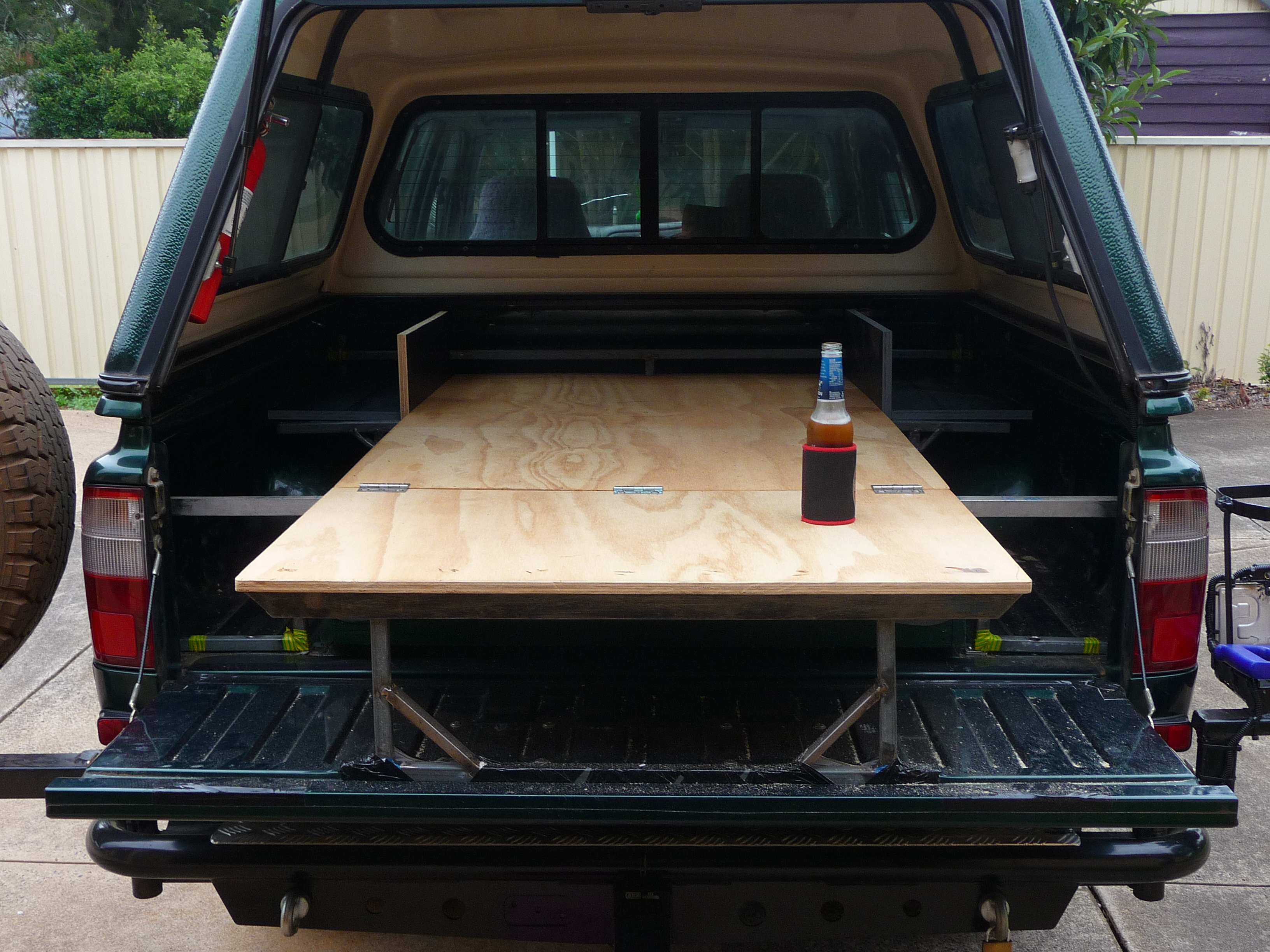 It was a concept at the time, and still a viable option for use now, even though I opted to go with a RTT eventually.

I've seen a nice custom canvas one a member here in SA had made for his hilux.
This was a neat job,
Can't remember Bens forum name.

A google search for >tailgate tent< brings up a myriad of designs, most of them bad, lol.
B

typhoeus said:
but does it work?
Click to expand...

The answer comes down to the individual. If your the kind of person who thinks there is nothing wrong with going 4days without a shower, or uses a chainsaw wearing thongs and stubby shorts, then hell yes!!!
But if you actually have some dignity and tend to camp even semi occasionally then hell no!!!! My reasoning why such setups dont work, I can tell within 2secs just from looking at the photo.

The vehicle is grounded and cant be moved, there will be a mud fest right at the end of the opening, getting in and out in such a poor setup gets tiring real quick. along with driving rains coming at you from all directions with such a small shelter and what looks like no protection for shoes makes for a truley awful setup.
Such a setup will rob you of storage big time.
In the real world a new 4wd can become fubar in as little as 8years, so what, you gonna do all that work again in just 8yrs time? Not if your part of the real busy world where you gotta deal with life throwing poop in your face each month.