So having armed myself with some info on the forum and a four day weekend we decided that we were going to head over the mountains to the Upper Murray valley.

Nice easy drive down on good Friday saw quiet roads and a lunch stop at Delaneys Hut...Great little hut, could happily live there. 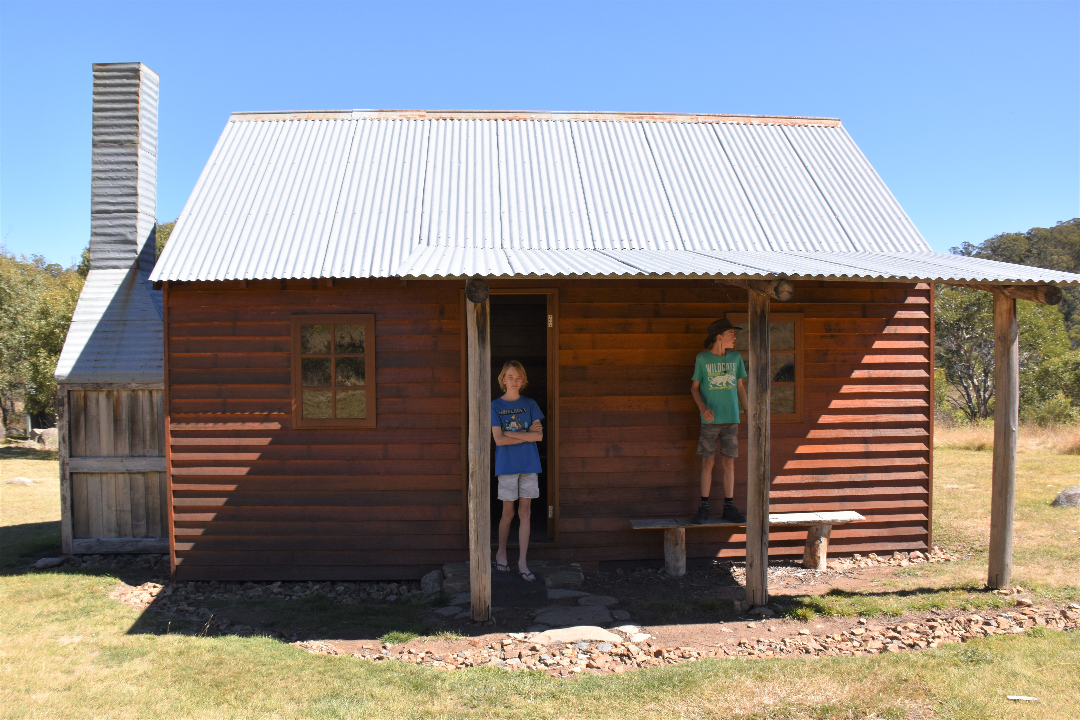 We were stopping with Maurie at the Poets Paradise http://www.therestingplace-poetsparadise.com/ just outside Corryong, great camp site with facilities (showers, kitchen, toilets) and a charming old host in Maurie (proper bush poet). 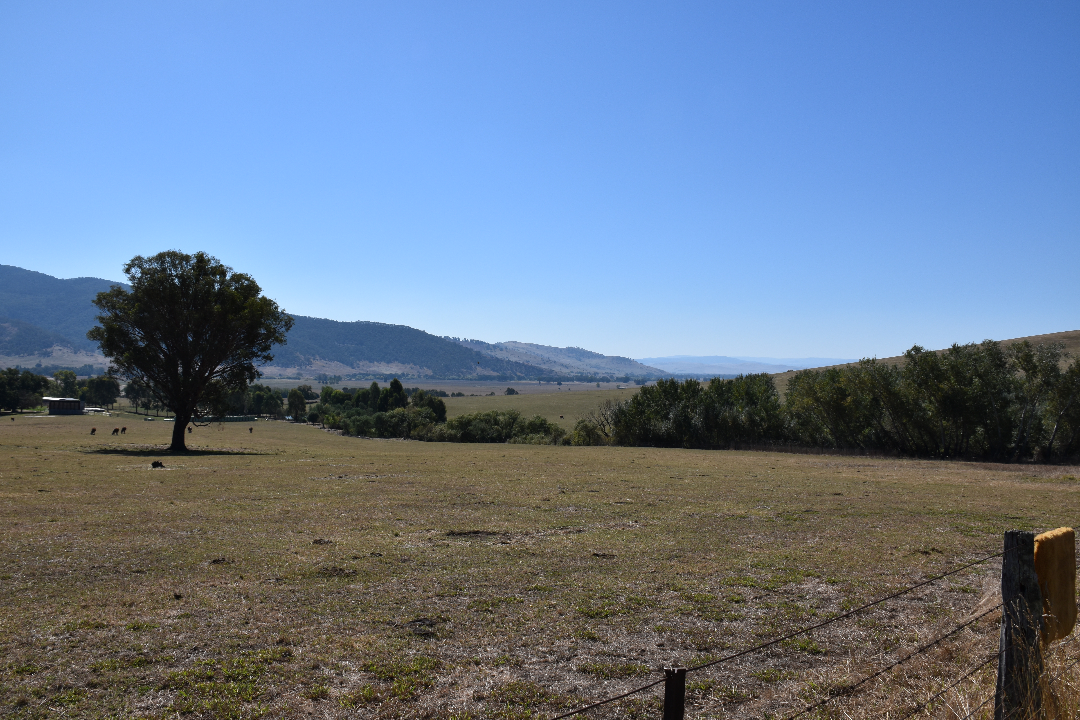 Spent Saturday lazing around, looked around Corryong, (recommend the pies and coffee and Jack's shop next to the visitors centre) then an explore up to Towong before we set up the fire pit for a camp roast pork and watched the terminally unhinged throw themselves off Mt Elliot...mate took a run up to see them close and personal. 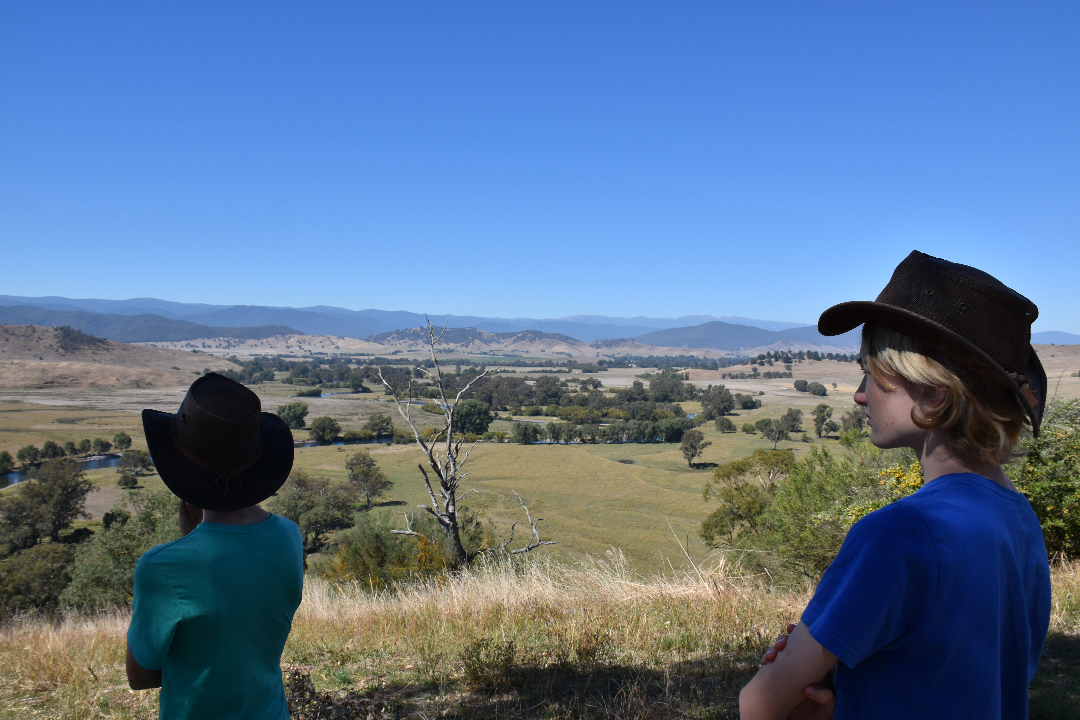 Sunset over the prescribed burns followed by an evenings entertainment from Maurie and his band round the fire ...doesn't get much better. 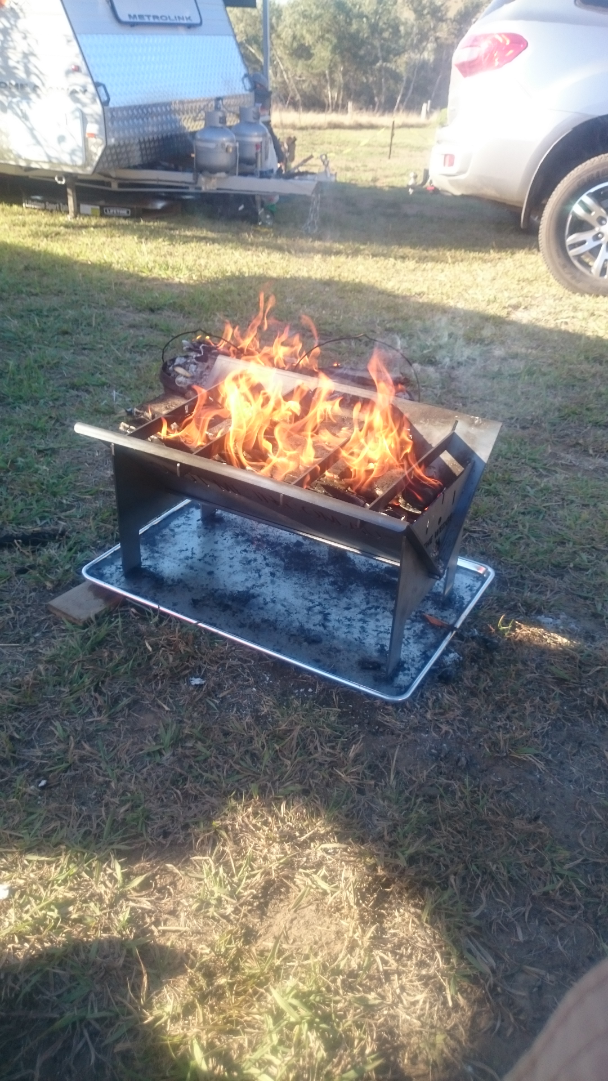 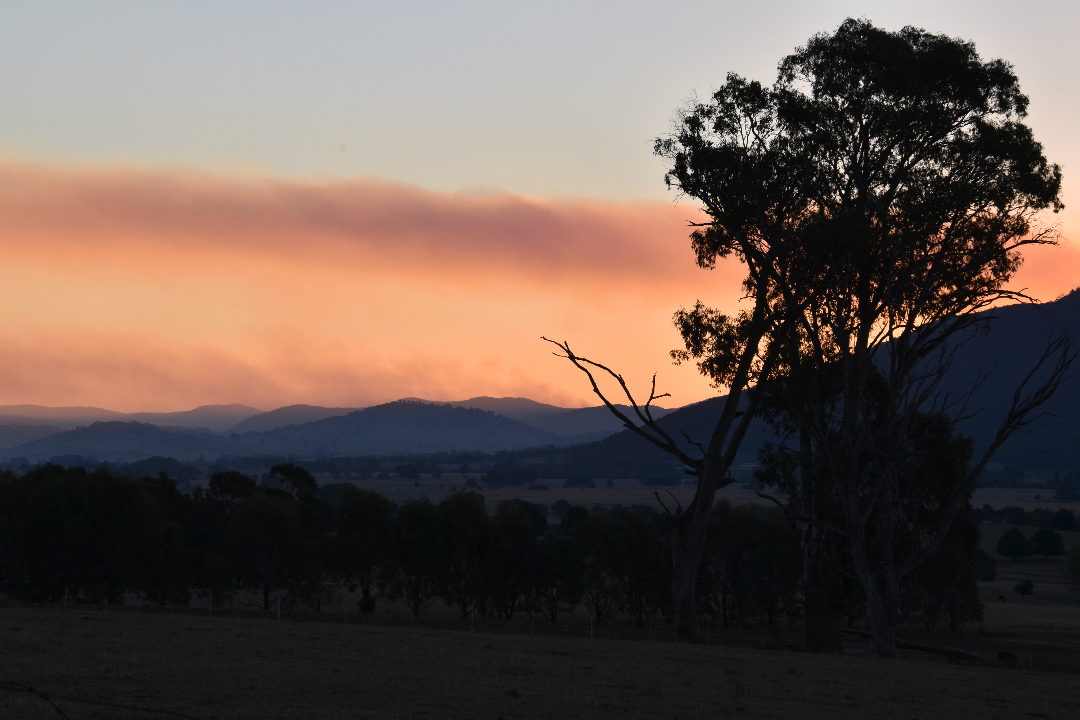 Easter Sunday saw us taking a drive out, recommended by @barcher and then by Maurie we ran out to Nariel Gap then over to the Ski Lodge, down Six Mile Ridge to Wheelers Hut before pointing the bullbar at the sky and climbing to the top of Mt Pinnabar. Great days driving and impressive drive from young Marcus in the second pathfinder, still on his L's and first time out wheeling, never got stuck.

If anyone has any info on the machinery at the start of six mile ridge it caused much discussion, as to it's history

Finally it was time to head home, but as always the scenic way, back over the mountains to Cabramura via Obriens Hut (having been almost taken out at least a dozen times by idiots cutting the corners to keep an additional 5km of speed 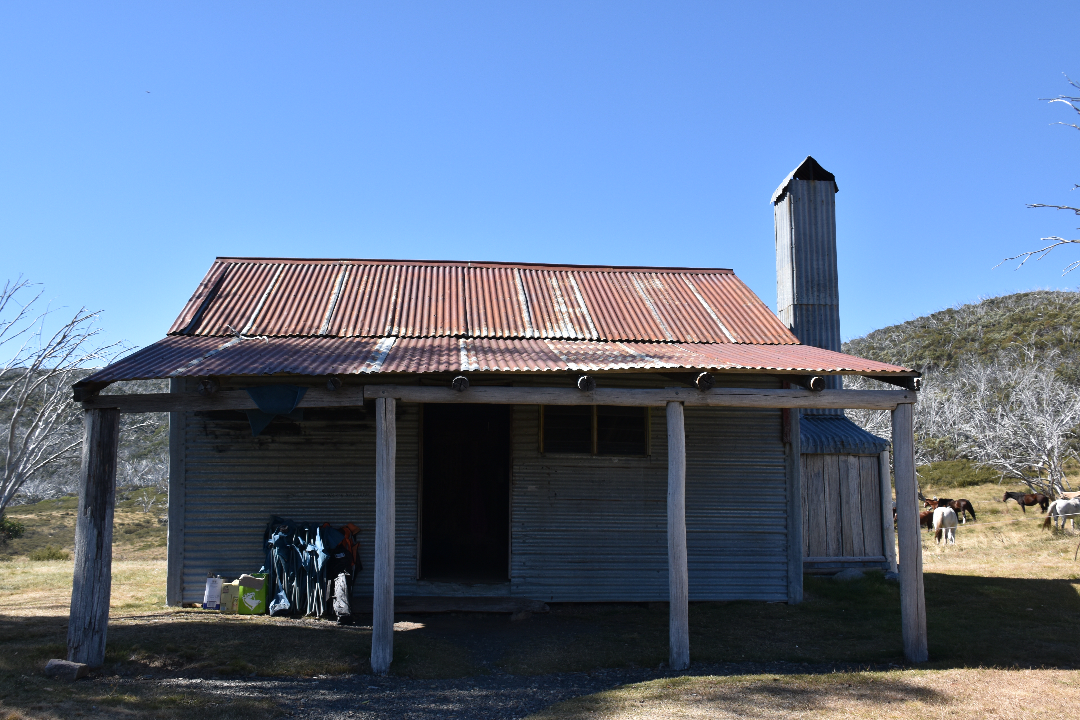 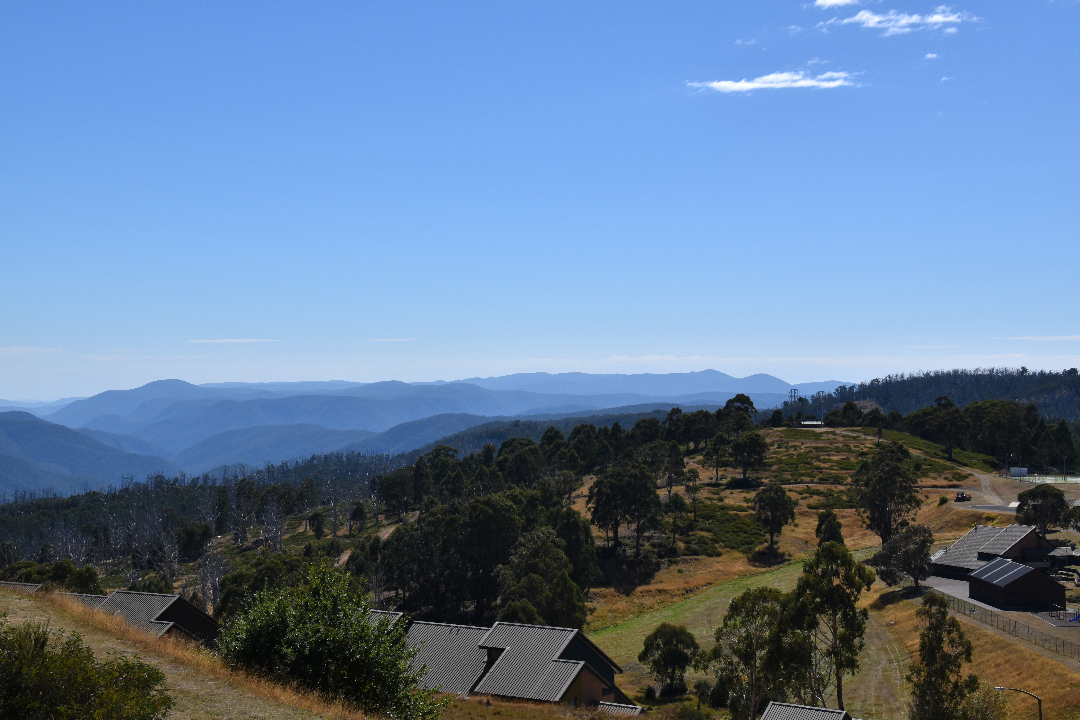 We then stopped in at Yarrongbilly to play in the thermal pools, and sit by the river for lunch, great spot but not a hike down for the faint hearted, 700m of loose gravel roads :| 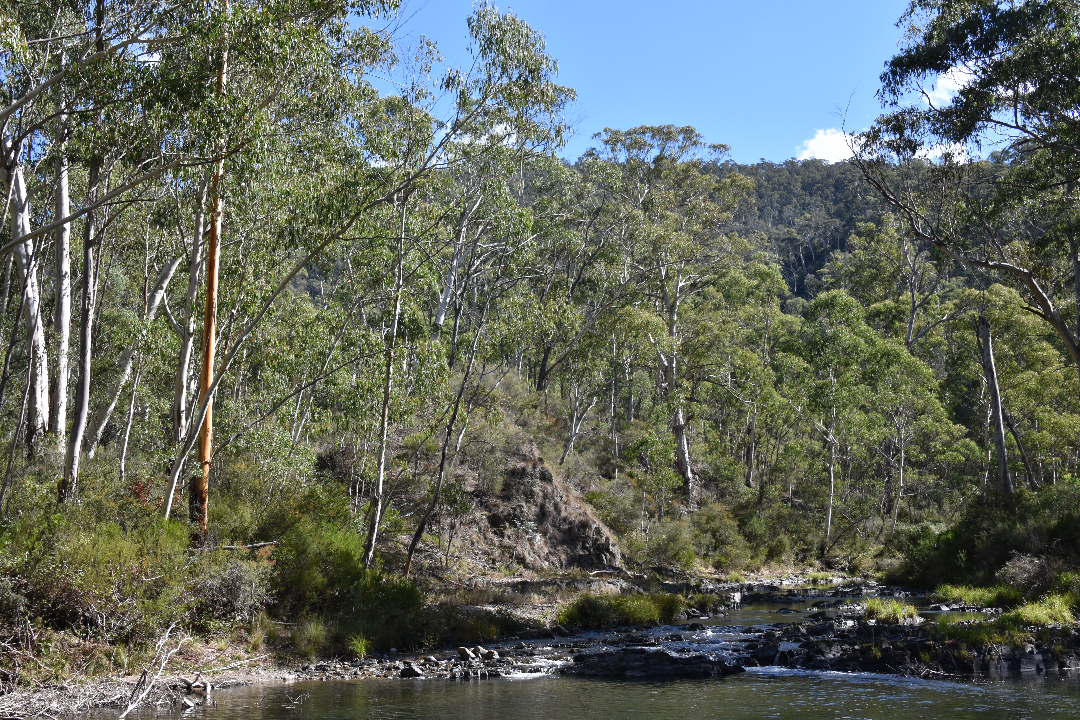 So with the afternoon closing in we decided we had best head home...although avoiding the tarmac we ran back up Long Plain with the wild Brumbies 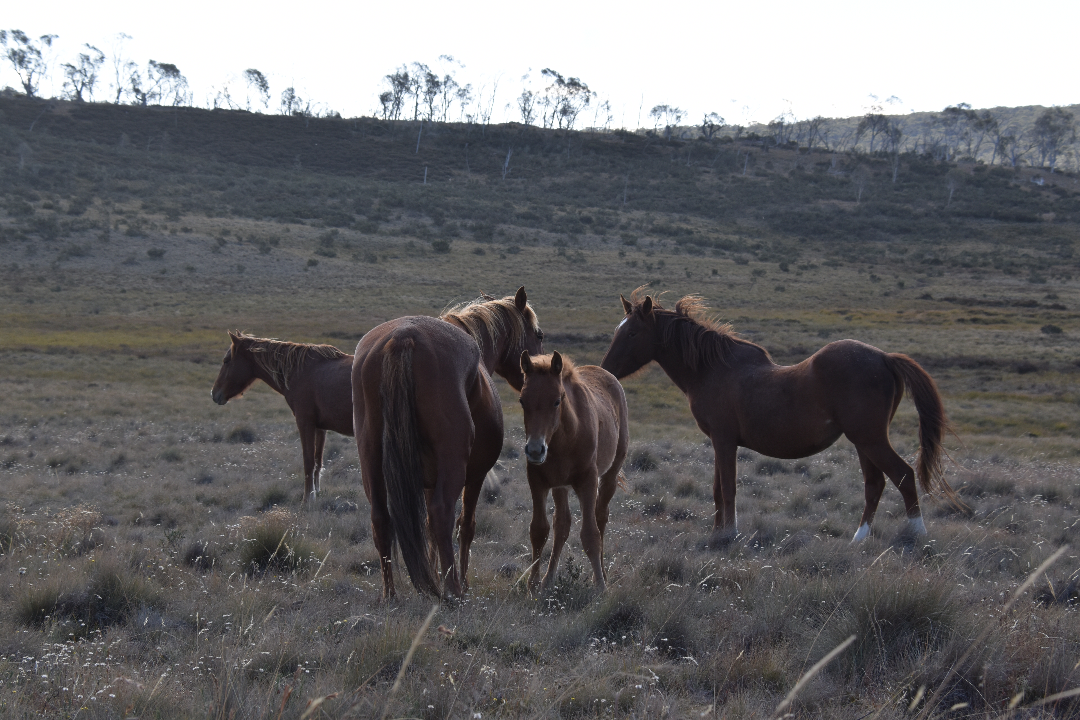 But our adventure wasn't finished...about 10km past Blue waterholes we came upon a Range Rover at the side of the road with the bonnet up.

Stopping to check on them it turned out to be Steve from https://landrovergenius.com/ (I only know this because he gave us a copy of his book ) Turns out he was heading home from Cooma for the 70th Anniversary and caught a flat...with no phone signals, no UHF and no Sat Phone or maps we offered to lead him out back to Canberra and he could then make his own way on to Qld...(He didn't want to head back solo to the highway and up to Tumut)

So we had him follow us up through Long PLain, Rocky Flat, Boundary Road with the golden sunset, no people and plenty of wildlife we really enjoyed it and it was nice to give someone else a hand. Finally we got out onto the Brindabella Road (Which is getting more track like each time i drive it). Just as we got to Picadilly Circus and the sun finally set the radio came to life, he had a second flat...

So by torch light we had a look, turned out to be a cut in the low profile coopers (His front two tyres were brand new, the back 2 and spare worn to the indicator lines). We both had a set of tyre plugs so out they came and 6 or 7 plugs later the cut was filled and the tyre was holding 35psi...this was enough to get him back to civilisation...Just as we picked up a phone signal however and could see the lights of the suburbs his day got worse when he collected a roo that we had spooked as we went past (I never saw it)...Quick trip back up the road to grab his trim and we left him on the phone to his wife looking at his options for new tyres in the morning and we finished the journey home...

all that is left now is to go and unpack the car...or i could leave it packed and go out again next weekend

Sounds like young Marcus enjoyed his weekend, that's a big drive for a first timer.

Looks like a good trip, quite keen to explore that area sooner rather than later

barcher said:
Sounds like young Marcus enjoyed his weekend, that's a big drive for a first timer.
Click to expand...

he slept well that night. ..but he didn't put a wheel wrong. .. We said not many would attempt the full drive as experienced drivers, never mind your first time out.

Thanks for the suggested itinerary

mac_man_luke said:
Looks like a good trip, quite keen to explore that area sooner rather than later
Click to expand...