So last weekend we decided to have a little meet up and do some trails around the Turon/Ben Bullen area.

I arrived at Capertee pub on the friday at about lunch to find Hamish (Allmostunseen) and Daniel (MrDPG) already at the pub, beers in hand aimlessly wandering around looking for the kitchen to grab there lunch. Seeing as they had a beer I thought I'd better join them and grabbed some lunch and a cold beer to start the weekend off in fine style. We chatted and ate then decided to head down to The Diggins campground and set up, grab some wood, get comfortable and await the rest of the Earthers to turn up. We set up at Turon Heights, lit the fire, grabbed a cold bevo, a chair and got comfy for the wait. A Wallaby decided to come and have a sticky beak at what we were doing and the finches loved the fire wood pile as a source of fodder for them. Dave (RodeoDave) rolled in shortley after and soon after Mitch (Mitchmate), Jarrod (The 80 and I) and Ryan turned up followed by Kathy (Kathy). The fire became a lil bit larger, more bevies were consumed and some laughter around the campfire was had while listening to the gentle sounds of the river. After an early night (think I went to bed at about 3am) we all got up to a nice and chilly, frosty morning and proceeded to get organized to head up and meet anyone comin that morning to meet at Capertee.

All in all a great weekend, lots of laughs, and alot of fun. Thanks to those that came out and hope to see you again.
Last edited: Aug 13, 2018 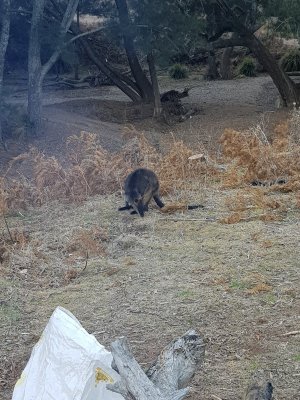 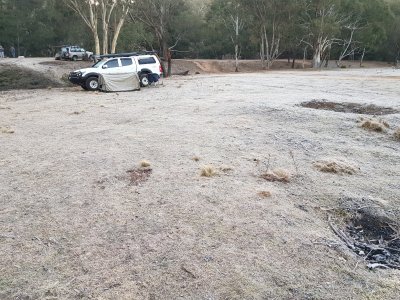 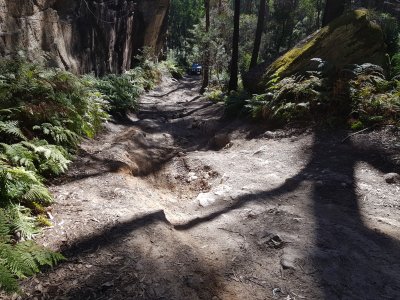 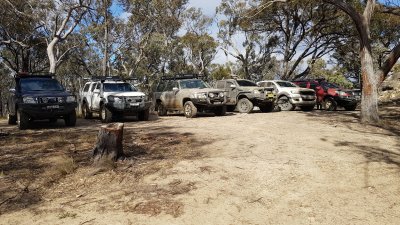 Still spewing I couldn’t join in. Sounds like a lot of fun was had.

Mate you nailed the trip report l laughed reading it. That was one mint weekend thank you for being the organizer & troop leader.

What an awesome trip. Started off for me bailing out of work early yet still latter than I wanted rolling into Richmond to meet up with Jared and Ryan and ultimately landing at camp about 7:30ish on Friday night to find everyone already... well hydrated by then!
The following morning was a cold one indeed with plenty of frost around.

With us all packed up we set off towards the Moffit Trail with Luthy in the lead. 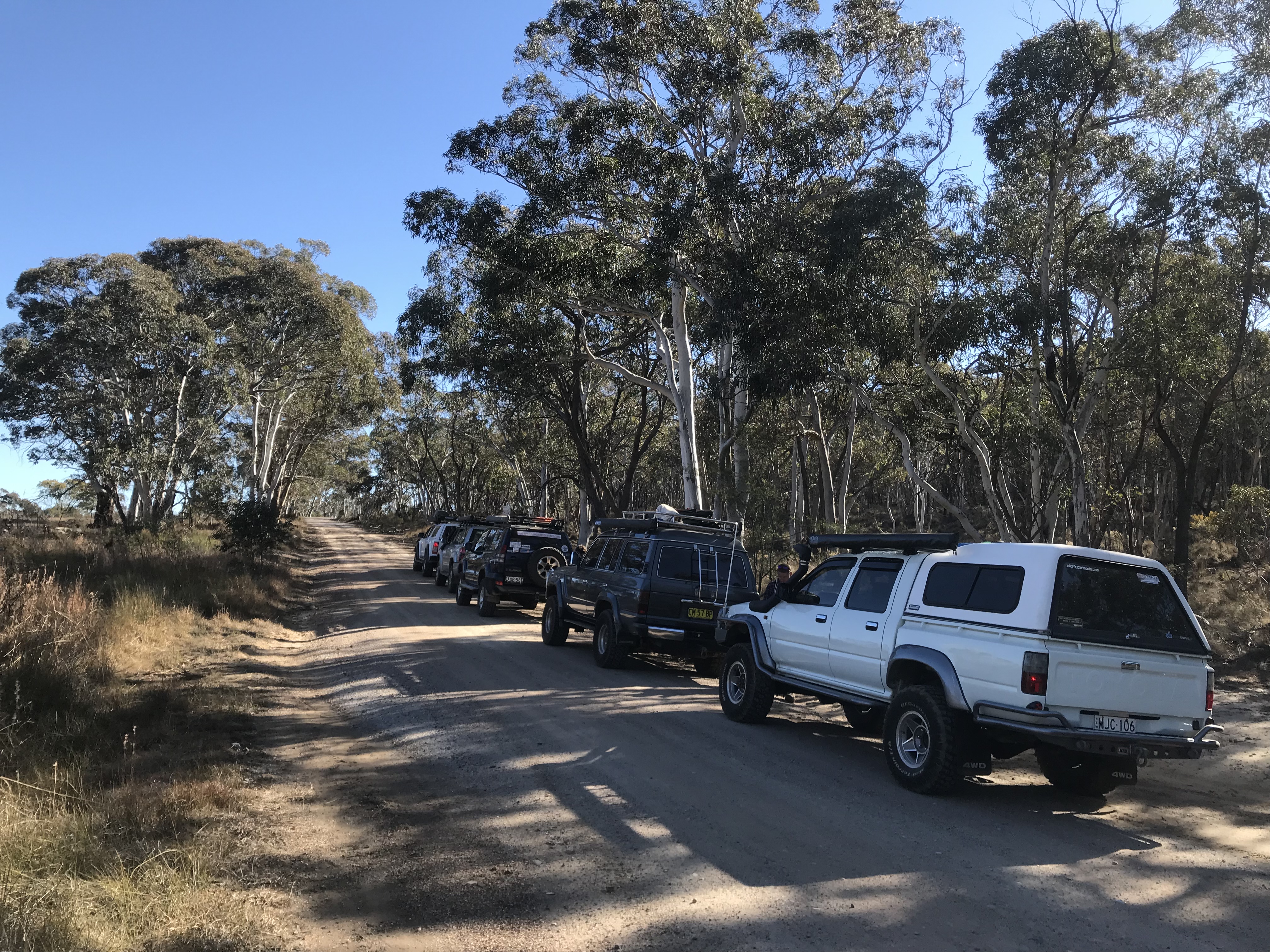 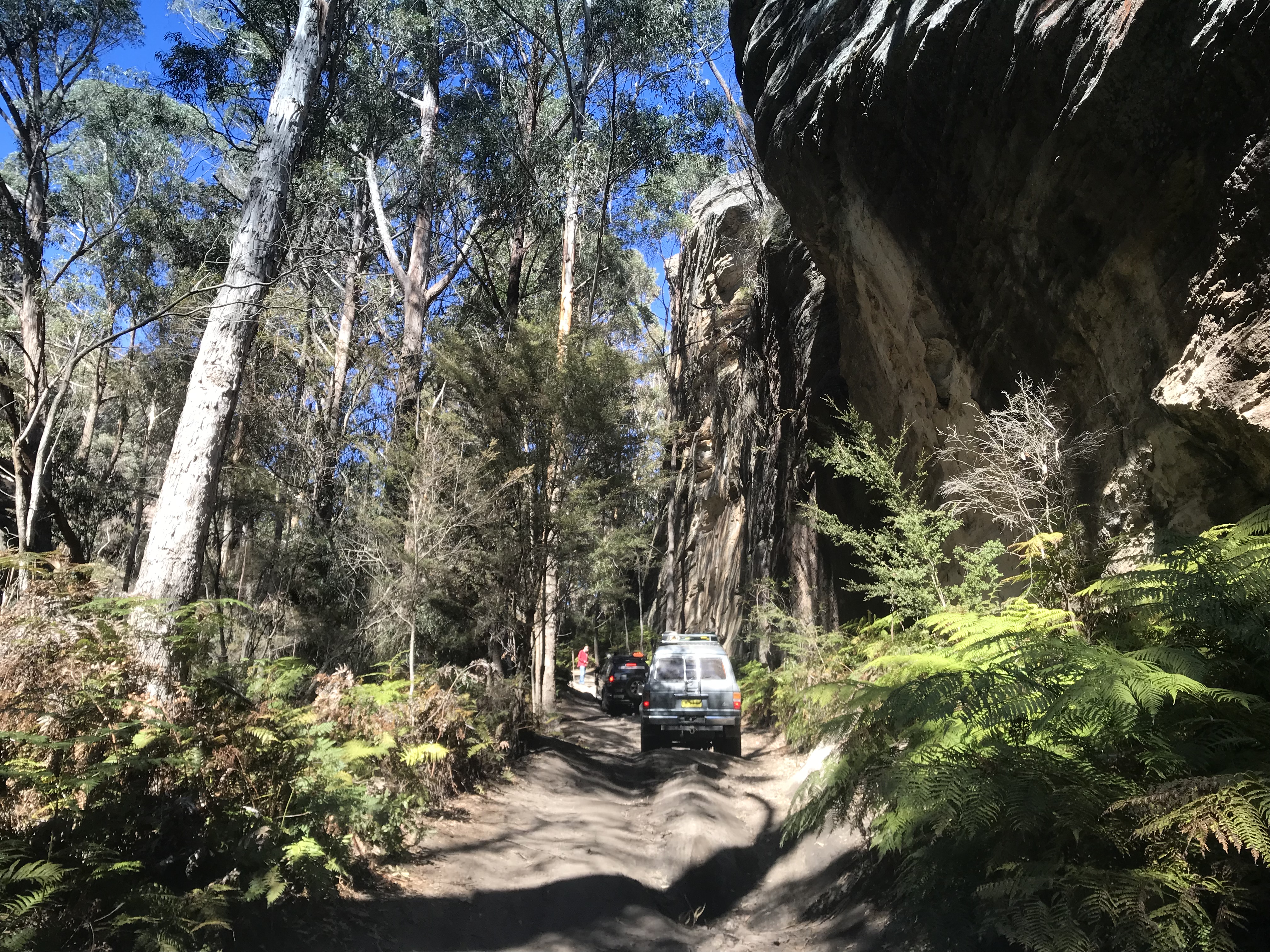 Once at the top of the first few climbs we were up against Baal Bone rock with all of us needing assistance to get up and over. Luthy showing us how its done. 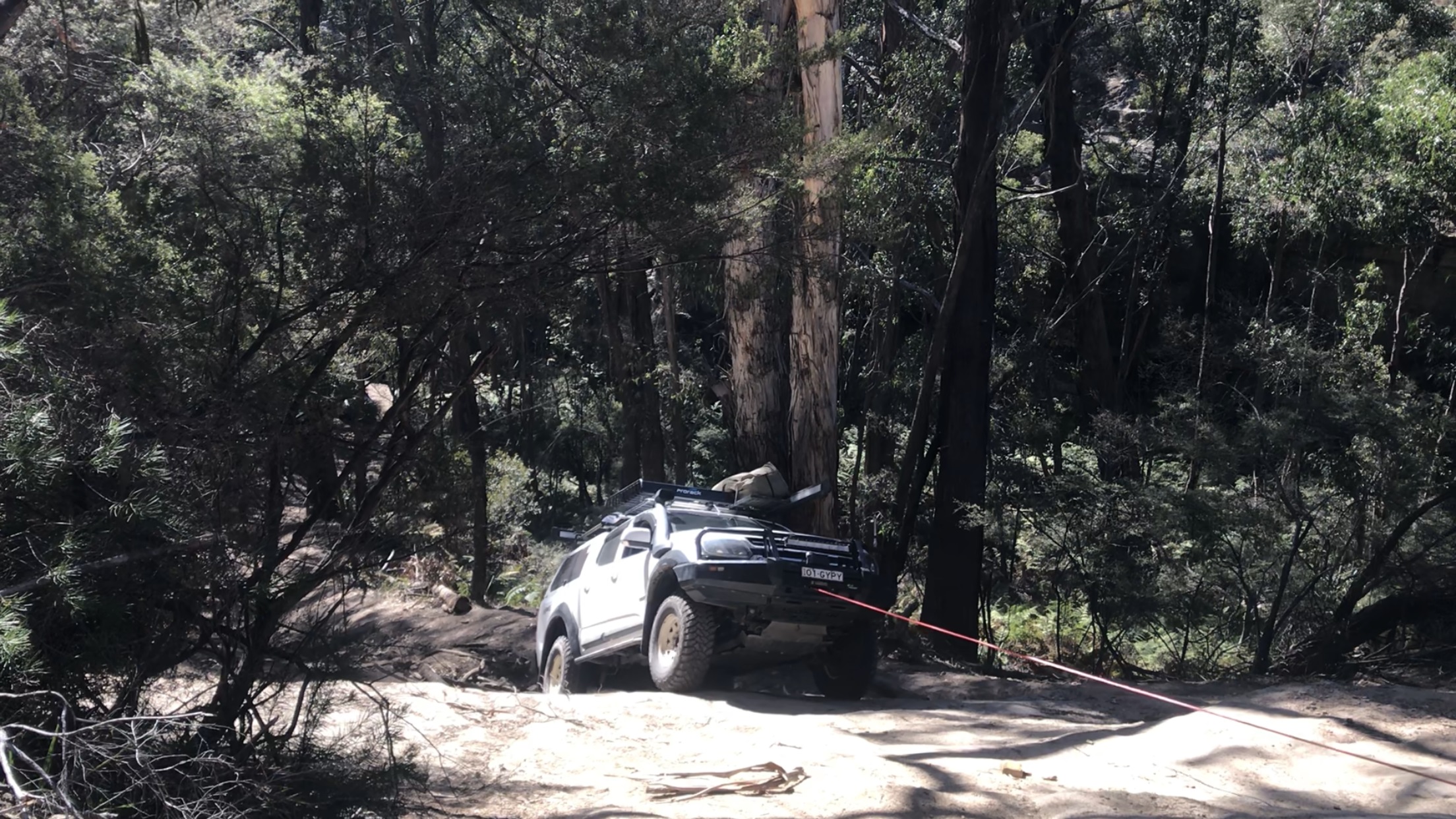 The magic school bus having a crack, with Jared at the helm. 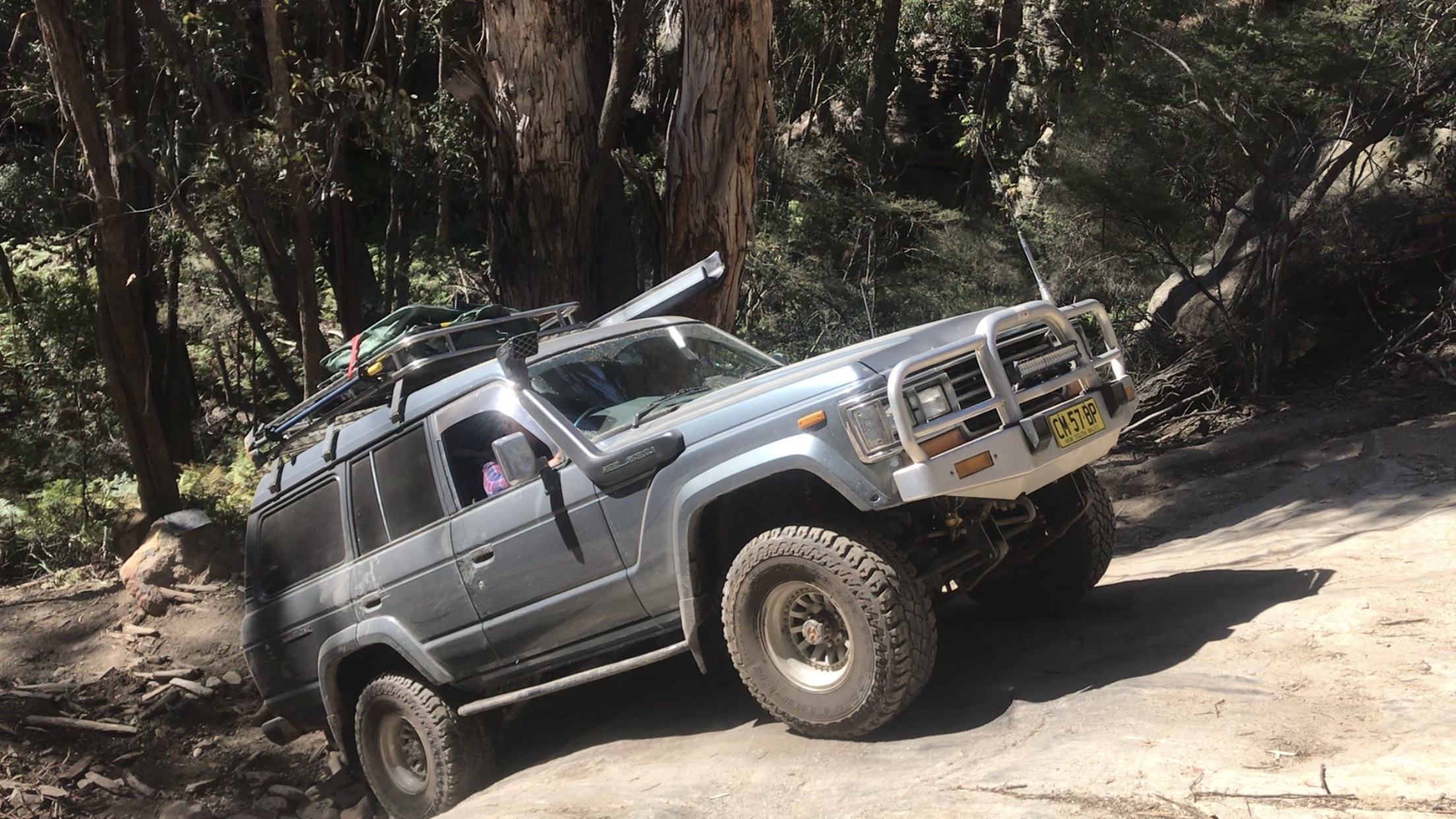 And so close... yet so far it seemed! 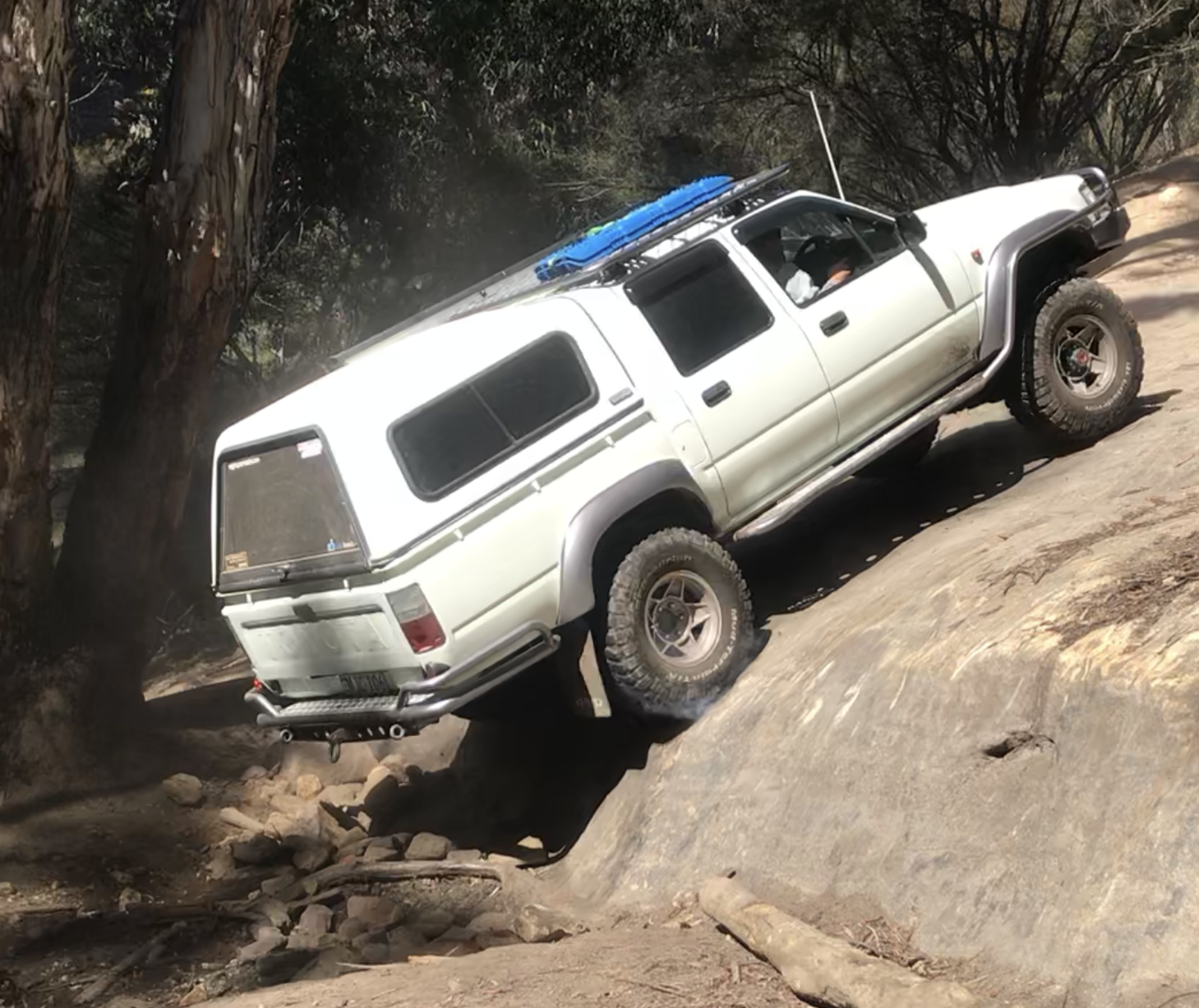 As Luthy said in his cracking write up we had a bit of fun getting down the other side into Lidsdale thanks to a bunch of very special individuals... glad i gave them a serving on the UHF didn't realize they were on our UHF channel
With Dave doing a quick lap back from Repco in Lithgow we had the 60 stopping as well as an old toyota can once again and we high tailed it back to Turon to catch up with the rest of the group. Quick setup of camp and time to 'hydrate' ourselves by the fire and spin some good yarn. 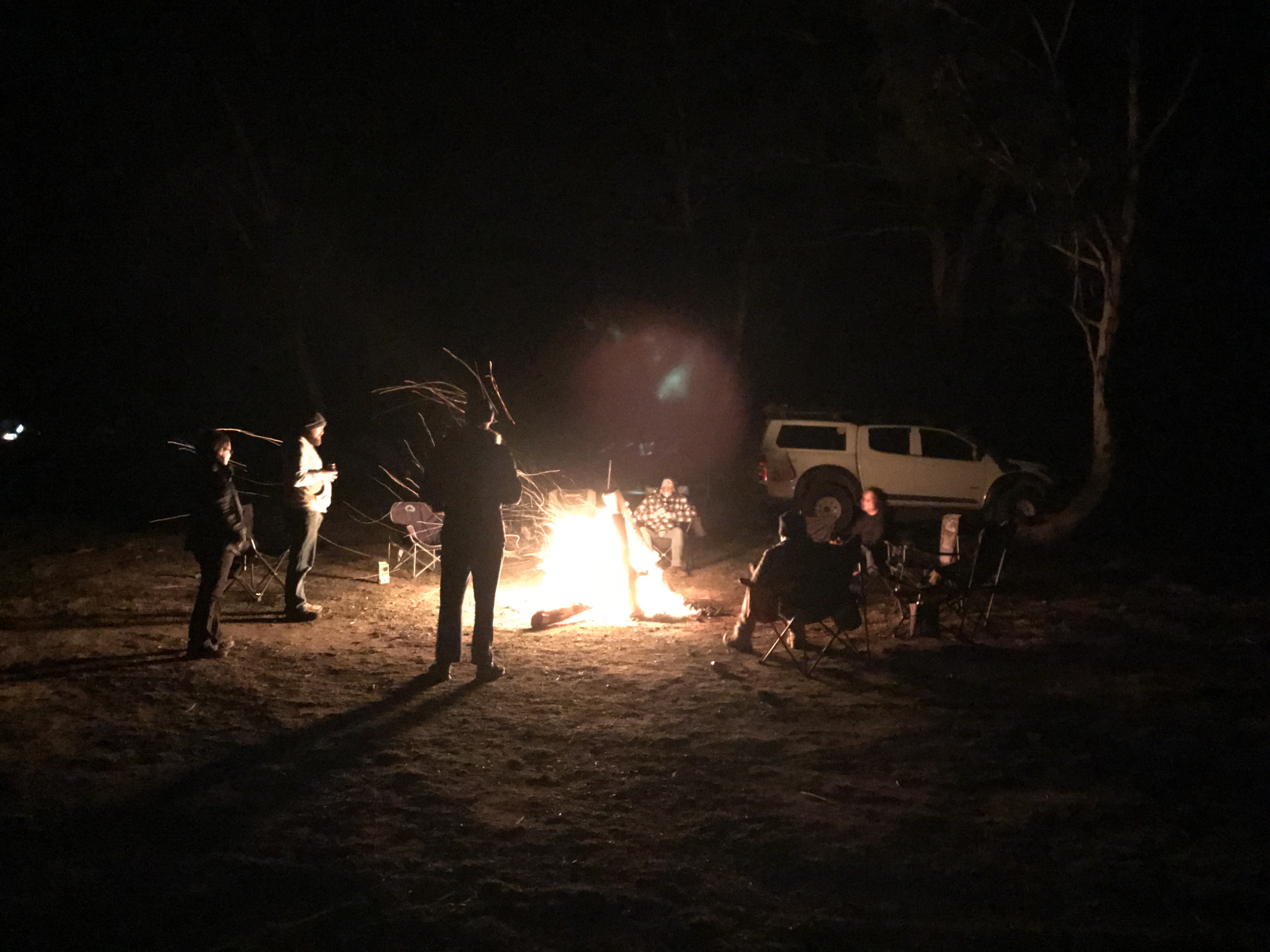 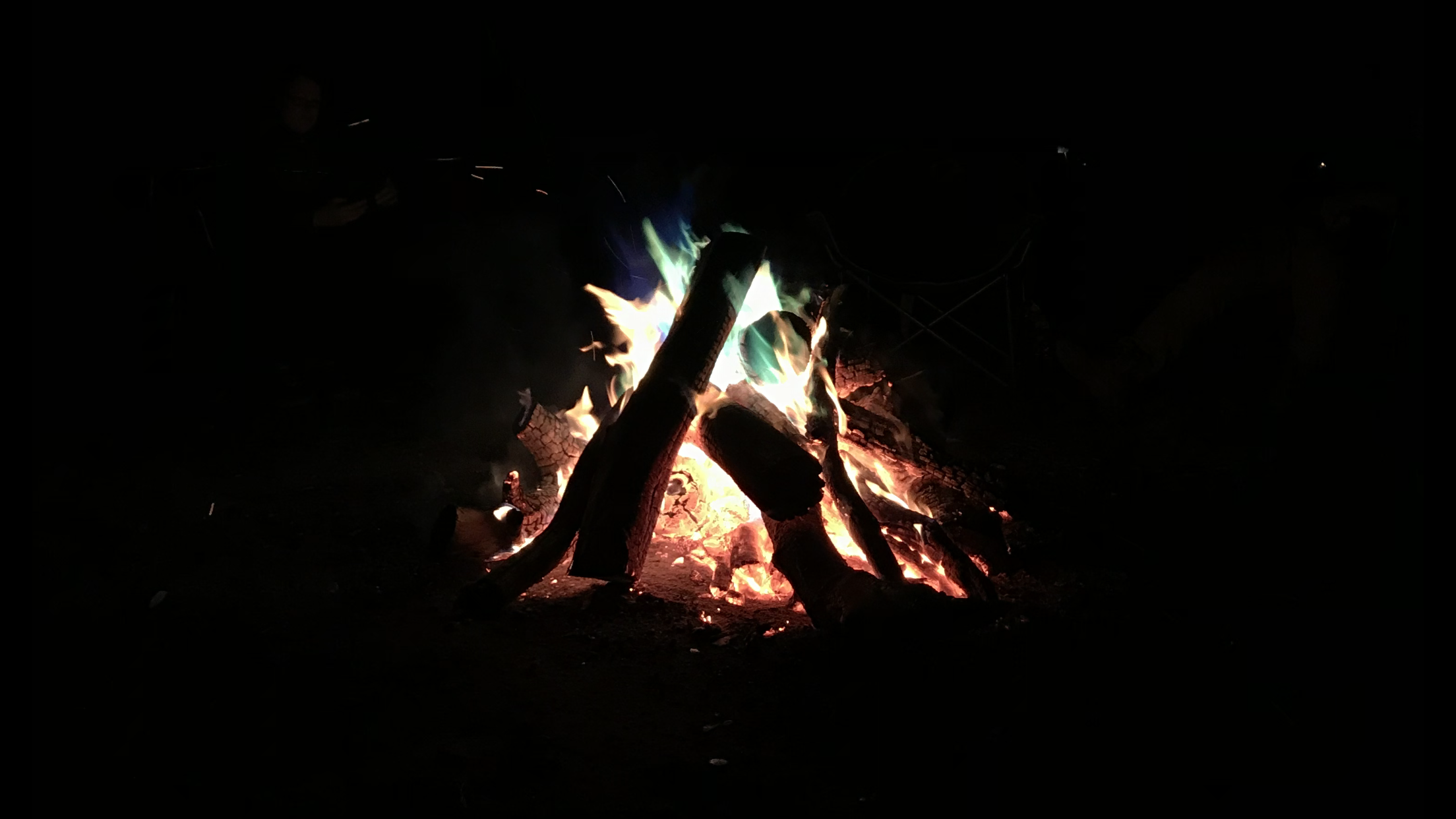 Once again cheers Luthy for putting the trip together and thank you to all who attended and helped make the weekend what it was, See you on the next one!
Last edited: Aug 13, 2018

Your trips somehow end up being so dramatic, Luthy Can't wait for the next one

Great write up, Luthy! Quite an eventful weekend, really! I’ve just started sorting through the photos from the camera, but here’s a few from my phone to start! Feel free to download any you want

Sounds like you all had a blast
Wish I could have made it, but going off some of them great looking pics the slug (challenger) would not have made it. I would of just held everyone up.

Aza013 said:
going off some of them great looking pics the slug (challenger) would not have made it. I would of just held everyone up.
Click to expand...

I wasn’t there myself, but my experience with Earth says that everyone would’ve worked together and made sure you got through safely.

Mr Rum said:
I wasn’t there myself, but my experience with Earth says that everyone would’ve worked together and made sure you got through safely.
Click to expand...

glad you guys enjoyed it.
Credit to ya Luthy for puting another one together.

Just finished going through my photos! Hope I've got everyone Feel free to download any you want

More photos! Feel free to download any you want

Last batch! Feel free to download any you want