This is from Ian Simpson - one of the original 4x4eatrh members, a great guy and the person who taught me to 4 wheel drive.
The Simpson Desert is named after one of his ancestors and he provides a bit of detail around the photo below and the family history.

We interview Ian a few years ago for the 4x4 Earth podcast.
https://4x4earth.com/podcasts/12-simmo-in-the-simpson-desert/
Have a listen on Apple podcasts, Spotify or your favourite Android podcast player.


For those who are interested . This Photo was found amongst old family papers in a deceased estate - it is of Bob Simpson who was the radio operator for the Madigan Expedition , So far no other photos of the Madigan expedition have come to the light of day .

It looks to be in surprising condition , I guess we can be thankfull for it been lost in family archives all these years . If any more come to light , I will post them up as well .

There is a family connection, by default Allen Simpson was my adopting father's Uncle, Harry Simpson his nephew formally adopted me in 1954 .

The desert was originally called the Arrunta desert . My GrandUncle was the president of the south Australian Geographical society - the society engaged the services of Cecil Madigan to do the first crossing of the now called Simpson Desert . AllenSimpson was the head of the Company AM Simpson when it was still a family company and financed the expedition , hence the naming of the desert " The Simpson Desert " . Allen Simpson was also mayor of Adelaide for a time .

The crossing of the Simpson was a very well planned affair . the route chosen was firstly mapped out by air and there was a big press lead up to the crossing by Madigan's party .

The madigan line is a whole different ball game ! Our group the "Loose Nuts " hope to do it one day do but for all of us able to get the time of 3 weeks minimum away from our respective business's and employment, at the moment is out of the question.

To do the exact Madigan line,you have to have a permit that is hardly ever granted by the Elders of the aboriginal tribe of the area . This means that 6 camps are not given access to, so anyone who states they have done the Madigan line nowadays, in fact hasn't, but a shortened version of it .

Logistically fuel is the problem too, from accounts it is very heavy going, a lot of winching I am told , and you are very lucky if you average 10 kilometers an hour. Even on a new rig , it is said be prepared for vehicle damage or breakdown, it is more than likely to happen .

It is a trip that is on my Bucket List, I think it would be the last stretch of the real outback .

A book that is worth reading is Cecil Madigan’s account of the crossing of the Simpson, it was a well organised, planned expedition first the route was plotted from the air, they even had radio and they still struck problems . The Expedition was funded by the Royal Australian Geographical Society,Adelaide ,whose chairman was A A Simpson hence the renaming of the Arrunta desert to being the Simpson Desert, the radio operator for the expedition was a nephew of his also .

Cecil Madigan was educated at Adelaide High School, then Prince Alfred College. He won a scholarship to the University of Adelaide and was selected as a Rhodes Scholar to study geology at Oxford. He took leave from his studies at Sir Douglas Mawson’s invitation to join the Australian Antarctic Expedition 1911 to Cape Denison. He was awarded the Kings Polar Medal in 1914. He served as a Captain of the Royal Engineers in WW1 in France, and after some time in Africa, returned to Adelaide to work under Mawson at the University of Adelaide. Madigan was fascinated with the Simpson Desert, and flew several reconnaissance flights over the area in 1929.It was this year that Madigan named the desert after Allen Simpson, the then President of the Royal Geographical Society in Adelaide, and a major financial backer of his work. It had previously been referred to as the Arunta Desert, or the far more evocative “Great Ribbed Desert”. In 1939, Madigan mounted a very heavily equipped scientific expedition and crossed the Simpson Desert north of Colson’s route. Madigan’s crossing achieved such publicity that it completely overshadowed Colson’s. Madigan’s scientific contribution was considerable.

I rather like the fact that with all the planning, Cecil Madigan wasn't the first to cross this desert, Colson was .

Ted Colson was the first European to cross the Simpson Desert. An accomplished bushman and explorer, he had travelled from his native South Australia to the W.A. goldfields and worked on the construction of the Maroondah dam in Victoria. He had constructed roads in Central Australia, and in 1931 after a stint working on the Ghan railway construction; he took over the abandoned station of Bloods Creek near Abminga. In short, Colson had seen good rains falling to the east; so, together with an Aboriginal companion, Peter Ains and five camels he departed Bloods Creek on 26th. May 1936 traversed the 26th.parallel to Poeppels Corner and on to Birdsville. Legend says he had a beer at the bar of the Birdsville Pub then turned around and re traced his tracks home. Whether he only had one beer seems unlikely, as he spent four days in Birdsville before commencing his return, which took a more southerly route. Nonetheless, his feat was truly remarkable, travelling over 900 kms through mostly unexplored hostile country in just 36 days. His accomplishment remained largely unheralded, which seems to fit well with this man, a master of understatement.

I love the underdog, the proposed Madigan expedition and its planning was well publicised, Colson did the Degroot thing and rained on their parade- just love it , the laconic nature of the out back !

So do the French Line and all the other tracks well travelled, the Madigan line would be the Ultimate for man and machine .

I have crossed the Simpson now three times , two in the dry and one wet , it has been on the route most travelled twice and the third was the two tracks further south. To my knowledge I am the only one of the Simpson family to cross the desert since Madigans crossing, I am only one of two of the Simpson Family to cross , the other was a cousin of my father ( step father ) Bob Simpson , who was in Madigan's party - he was the radio operator ..

The Simpson Company started from humble beginnings – from a small tin smith hawking his wares on the goldfields of Victoria to something very far removed from it’s origins today .

Of the Simpson family today there are some distant relatives still in the company but it is a public company now in fact it is listed as Simpson Pope .

Where did all that money go ? Good question , it didn't filter through to this little black duck that is for sure ! My step father did manage to blow it all his share . From being brought up in the belief that all you had to mention that you were one of the AM Simpsons of Adelaide and doors would open, to dying an aged pensioner living in assisted housing in Mornington 18 months ago took some doing .

I did live in the Simpson family home , 17-19 Rochester Street, Leabrook , Adelaide in my very early years at the time I started kindergarten - it was a large house with stables at the rear that had buggies in it that I used to play around in . That all seems a very distant era now and I have travelled along way from it and I paddled my own canoe , I am the better for it [- what little I have achieved is been my own doing, not handed to me on a plate

Interesting reading, cheers for posting. Funny enough I was watching today about Tom Kruse (The Back of Beyond) now on Netflix. Good viewing as well.

Geez that Camel looks PISSED OFF!!
B

Pickle said:
Interesting reading, cheers for posting. Funny enough I was watching today about Tom Kruse (The Back of Beyond) now on Netflix. Good viewing as well.
Click to expand...

thanks for th info

Must of been the 79 prototype
B

Slow, rear track different, ugly but goes anywhere and back.

Watch out for the under belly starter. Fiddle with that and you'll get a kick start all right. 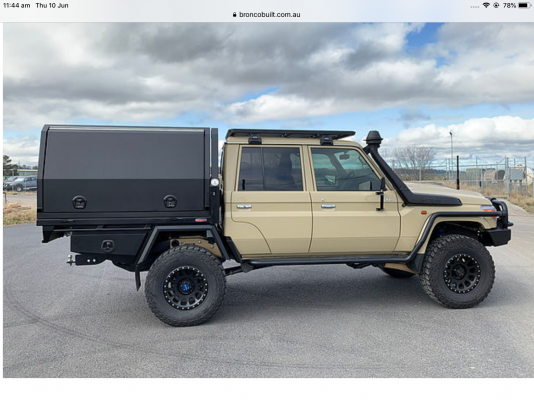