Hi Mr Rum, yep, better get me one, but, after this trip as a loaner is on its way to me as we speak. They certainly have come down a lot in purchase and call costs. Yep, , I saw where you drowned the first one on the floor a- tch, tch. Thanks for the link, never thought of reconditioned ones. To keep call costs down, I could get the missus to call me on a sked. If I do more solo trips, would rather have it on my hip so to speak when hiking or climbing over rocks instead of in a cradle.

I've been tossing up between getting another set of all terrains or trying muddies for my next set of tyres. I finally made up my mind, opting to stick with all terrains, but choosing something a little more aggressive than the old Yokohama Geolandars. I went with the BFG KO2s, getting a pretty good deal on some 265/70 17s. They are a profile taller than my previous tyres, giving me an extra inch of diameter, so it'll be interesting to see what difference it will make. 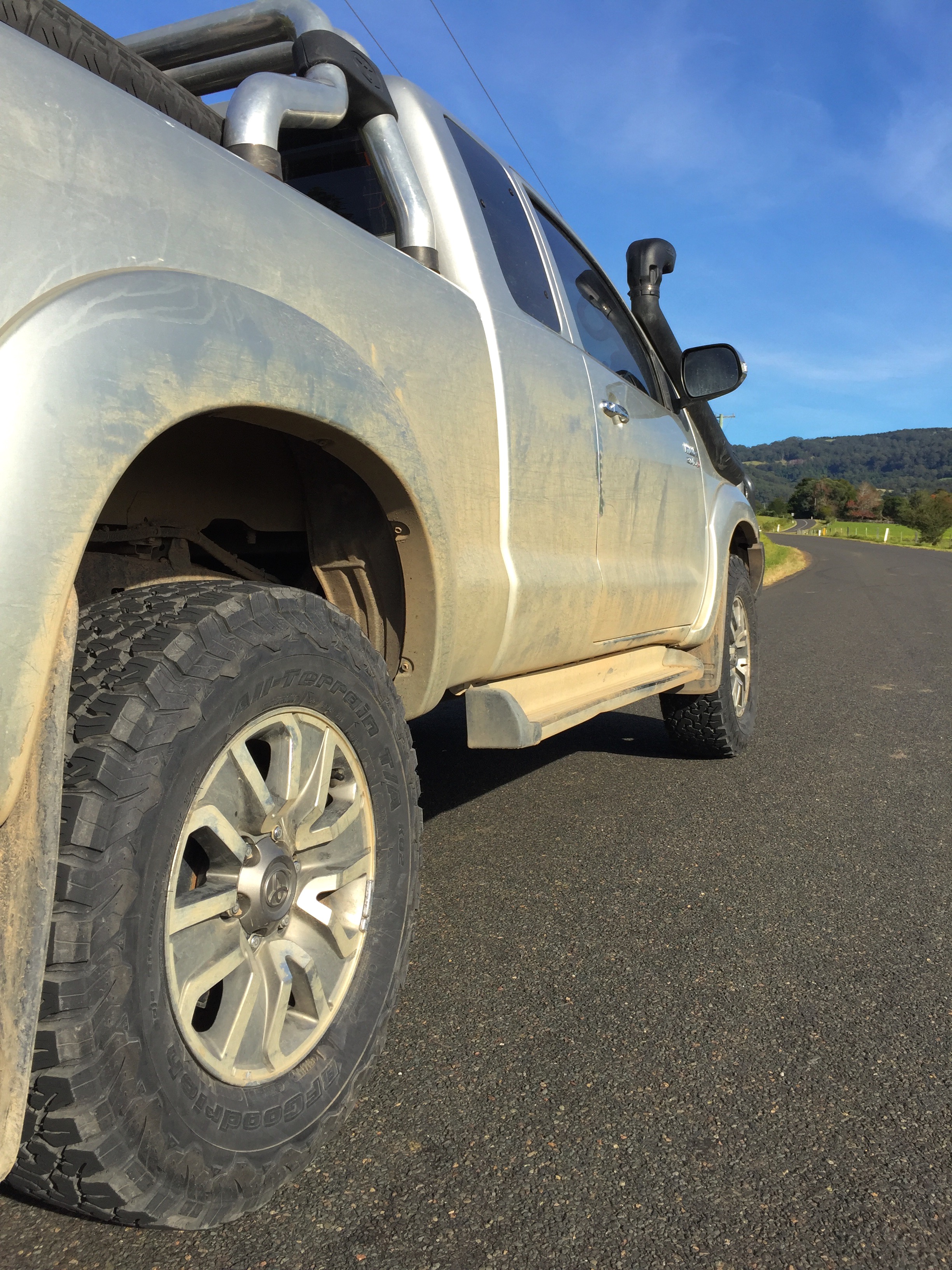 For this years big trip we start by heading to Cape York, and after watching plenty of videos I thought it would be wise to get some seat covers to help keep things clean. They aren't a perfect fit, but they seem alright for what I paid. Time will tell. 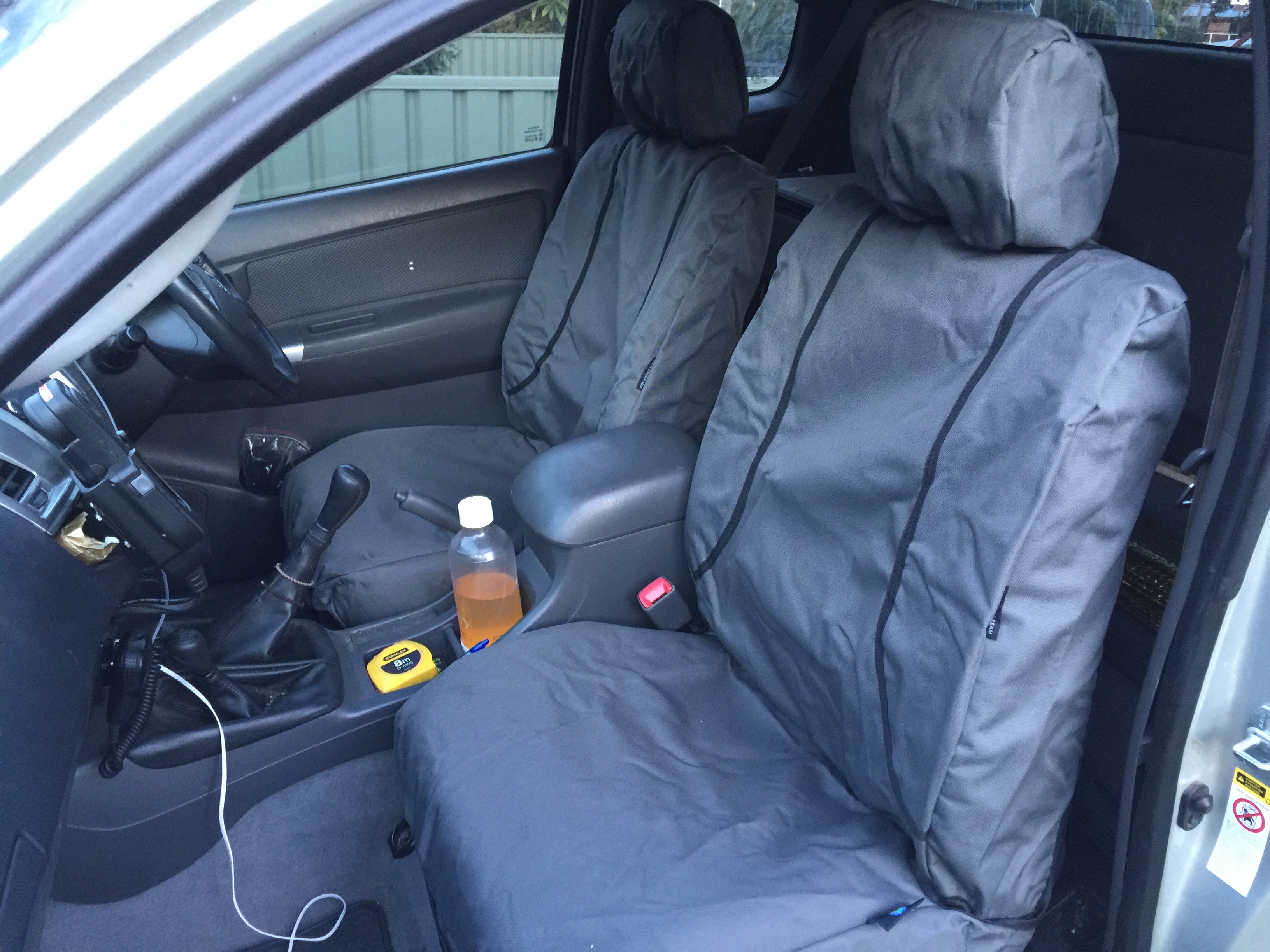 And almost a year after I drowned my sat phone's car kit, I finally fitted the replacement module. Unfortunately it wasn't an item I could buy on its own though, and I ended up having to buy a whole new car kit to get the one part I needed. 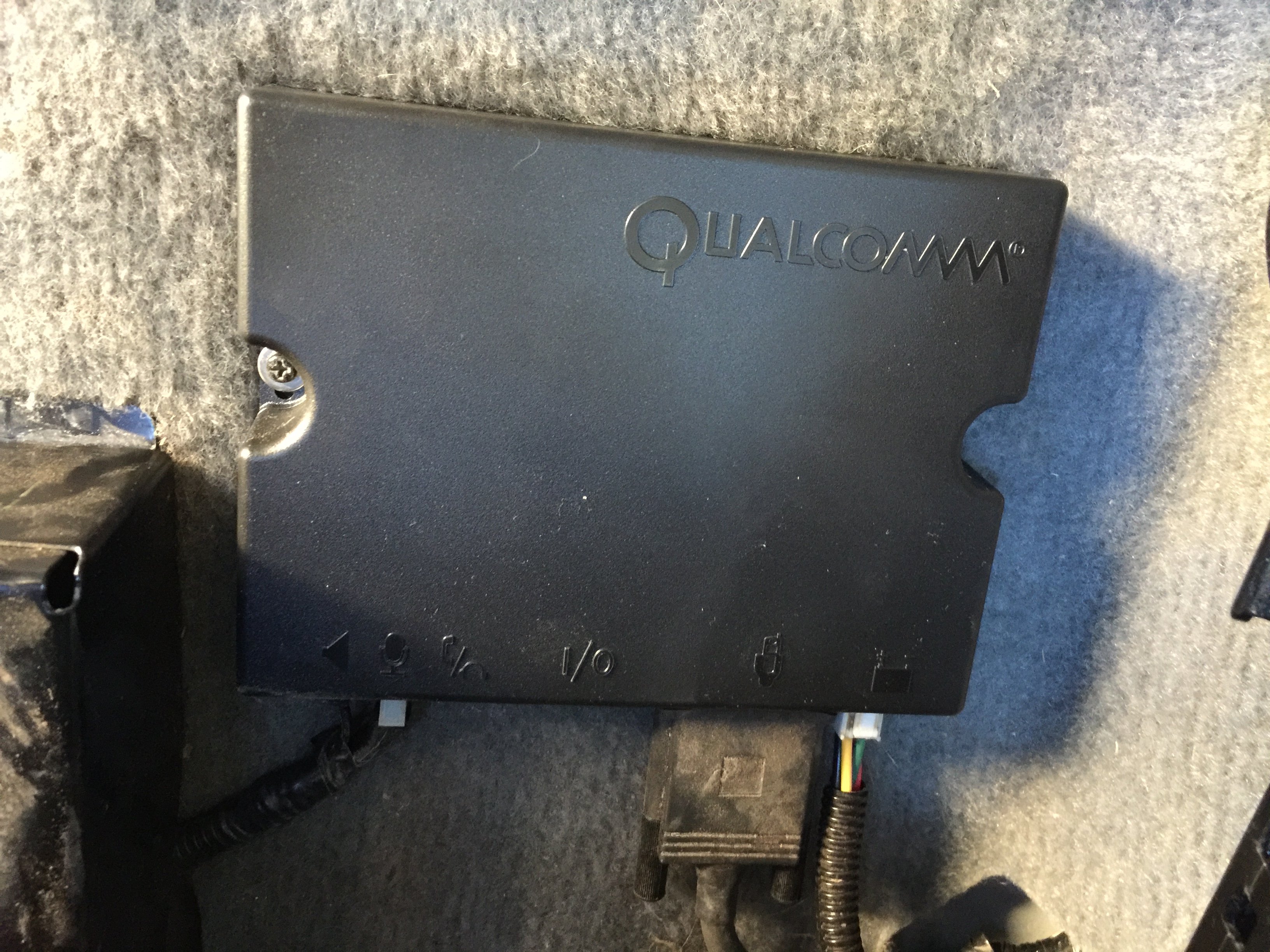 Annoyingly, even with the $50 pity discount they gave me, it ended up costing me almost as much for the replacement, as I got the whole phone, twelve month plan, and original car kit for.
Let's just hope I've learnt my lesson.
Last edited: May 31, 2017

After a whole heap of mucking around, I finally got around to installing my on board air system. It's effectively the same set up I had in my previous ute, minus the air horn (might find space for that later though).
The system comprises of an ARB CKMA12, hooked up to a small air tank I got off an old Mack at a truck wrecker for $50. It all fits neatly up under the tray, above the spare where it's pretty well protected, and I extended the inlet line up behind the left tail light where it should be safe from water and excessive dust. 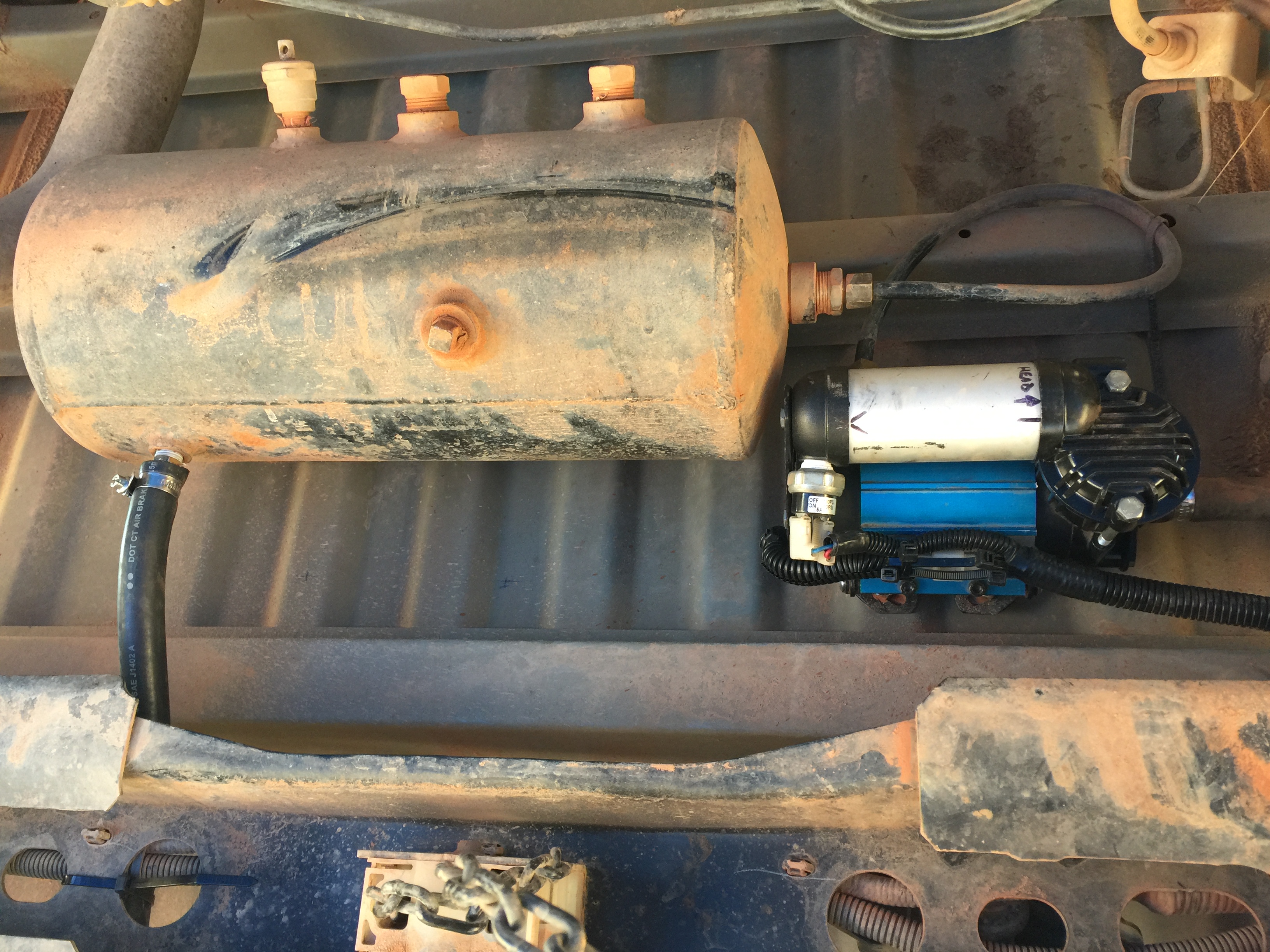 The old compressor is over a decade old, so it was in need of some TLC. I ordered the parts I needed to spruce it up, but I'd left it too late, and they didn't arrive until after we'd left on this year's holiday. Luckly my brother was leaving a week later, so he picked up the parts, rebuilt it for me, and I finished the install on the road when he met up with us in far North Queensland.

At first everything worked the way I'd hoped, but the second time I ran it, something didn't sound right, and before I could turn it off, it overheated, overloaded the circuit, and blew the fuse.

Initially I thought my brother must've done something wrong when rebuilding it, but my assumptions turned out to be wrong.

When I'd run all the hoses at home, I'd capped the ends of them to keep water, dirt, and dust out. At one point though, I realised I needed to make an adjustment, so I'd removed the capping, and I managed to forget to put a cover back on the inlet line.
When installing the freshly rebuilt compressor, I realised what had happened, so I shook all the dirt out and hooked it up. I thought I'd been plenty thorough, but it turns out I hadn't.
After buying a whole new compressor and swapping them over, I pulled the rooted compressor apart to see what had happened, and the moment I removed the head, a large quantity of sand fell into my hand. The new piston and cylinder were both ruined after less than five minutes of run time. Oops.
We removed the whole dirty hose at this point, cleaned it all properly, and reinstalled it. An expensive lesson considering the replacement compressor was a little over $300 (after pity discount), but it's fixed now, so all is good.

The parts to rebuild the old unit will be around $50 (again), so I'll order them, and keep it as a spare for the next time I screw something up.

While I had everything out of the tray, I thought I'd get a couple of photos of the tie downs I installed last year.
I went with removable "bed bolts" by Progrip. They come in a couple of sizes, but I can't remember what I went with off the top of my head. 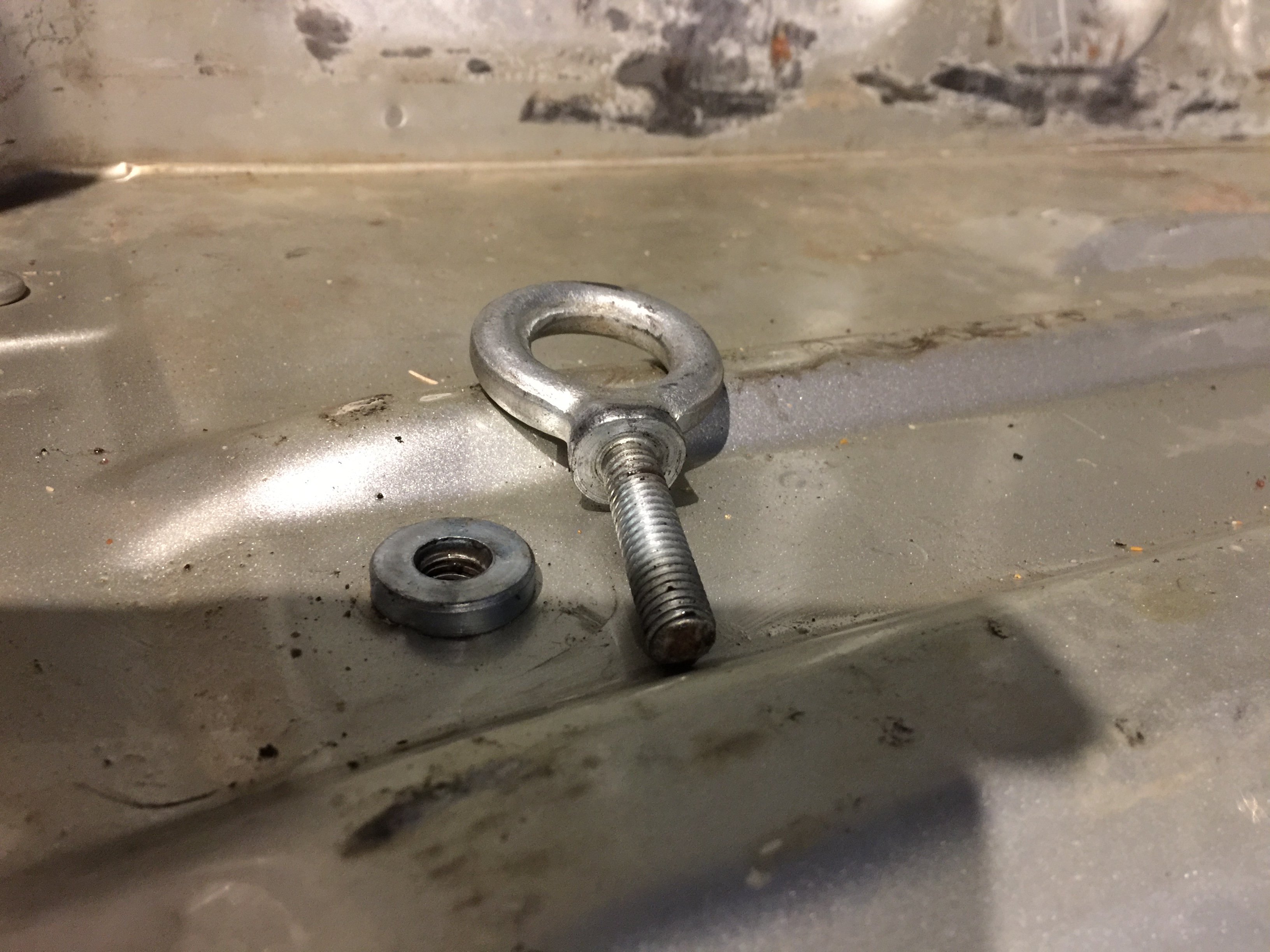 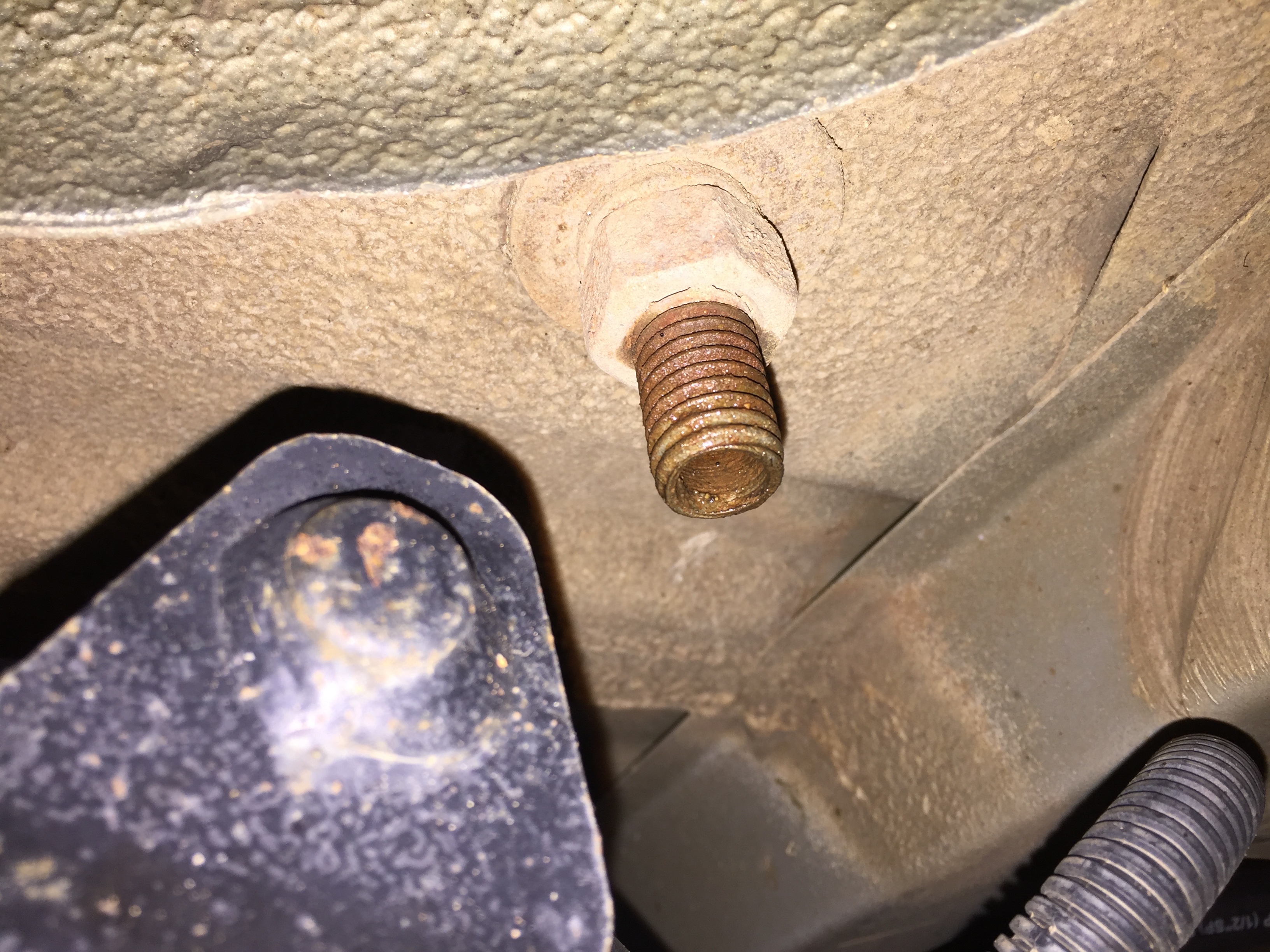 They also come with little plastic lugs that go in the holes when you want to leave the eyelets out to stop the threads filling up with crud.

I think that's everything at this stage.

P.S. Excuse all the missing images in my earlier posts. Photobucket has changed, and I'm not about to start paying for the thirty or forty odd images I was storing there. I'll upload them elsewhere and fix the links soon.
Last edited: Aug 14, 2017

I had to move a few bits around due to post upload limits, but it should be all fixed now.

Currently getting ready for a trip, and thought I should replace the flyscreen that’s been in front of my radiator for the past two years. 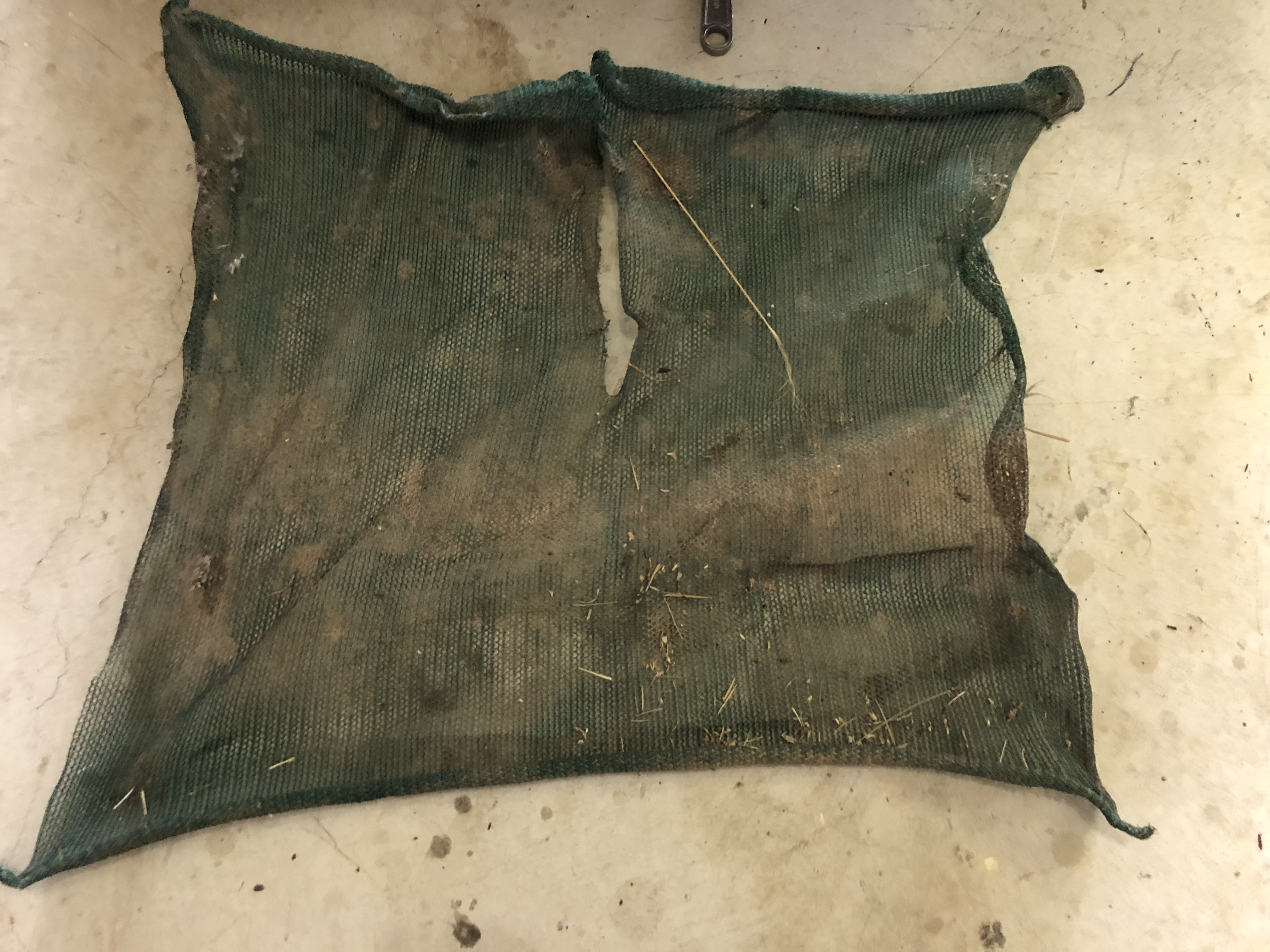 I mounted new mesh in the same location behind the grill/bullbar that I did last time, as it seems to have worked extremely well, with next to no debris making it through to my radiator.
I’ve done thousands of desert kilometres over the past two years, and a little shake of the mesh a couple of times is all it’s taken to keep it clear.
I haven’t cleaned my radiator at all, and this is all that has gotten through.. 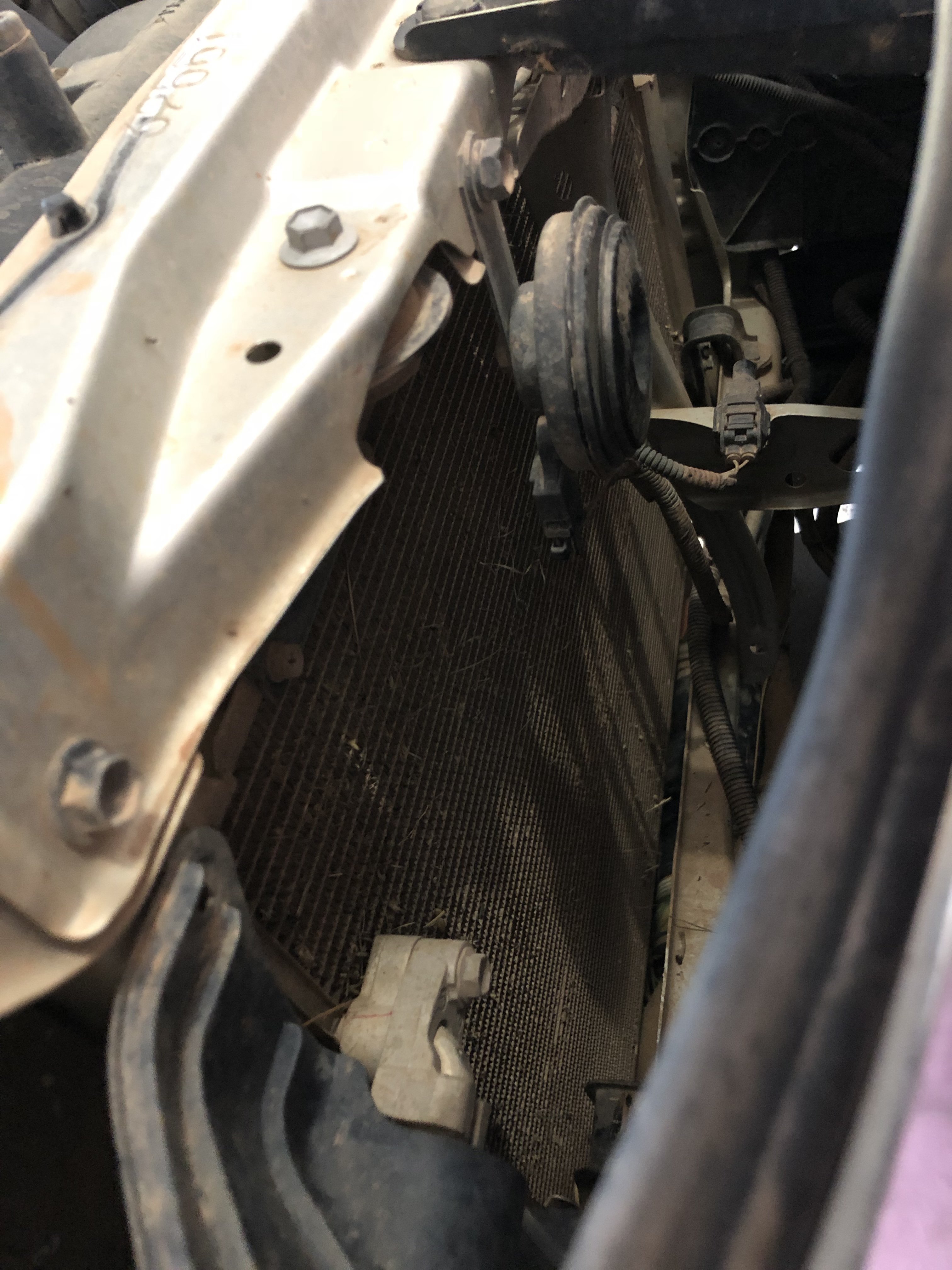 All it took was 700x1000mm of shadecloth, and a handful of cable ties to stitch/secure it, and I’m back in business.
I secure the mesh so there isn’t really any way for seeds and bugs to get through, and at the same time keeping it well off the radiator.

While I was at it, I also replaced the square of mesh I had over my intercooler. Nobody else probably ever noticed, but I hated that you could see the green mesh through my bonnet scoop.

Hopefully I’ll get another two years of hassle free radiator protection out of it.

Oh, and because I’ve been asked a couple of times. No, the mesh doesn’t appear to have any noticeable impact on engine temps.
Last edited: Apr 22, 2018

I still wish you were around Pete,
It's not the same without you.
M