Looking for information about mounting Battery trays in an alloy canopy. Where I want to mount my batteries (2 x standard size and shape) there is a water tank below the tray so I cant bolt through the canopy floor and tray because I cant access underneath.

Also what about a board for mounting electrical equipment, dcdc chargers, solar regs, fuse boxes ect? Just text screw to the frame on the front inner wall? is that going to hold? maybe nutsert and bolt, although that means buying a nutsert tool.

Some guys on here have really nice units and have done a great job setting up there aluminium canopys like your talking about so hopefully they’ll send you in the right direction and post some pics up for you..

My canopy doesn't have a false floor so I had an aluminum supplier/fabricator weld in some box section I fitted a 3mm alloy plate on top and mounted a fridge slide and 2 batteries approx 5yrs ago.

Buy a nutsert tool, well worth the purchase price IMO.

I've recently fitted the battery in my alloy canopy. I made an aluminium frame from 25mm rhs that doubles as a locator for the battery and a battery box/compressor storage. I used those plastic corner connectors which aren't real strong (broke a few as I put it together and pulled it apart a few times), but it's clad in ply which adds strength, and the important parts are bolted to the canopy.

Front view - the other side of the eye bolt is also my battery chassis ground. 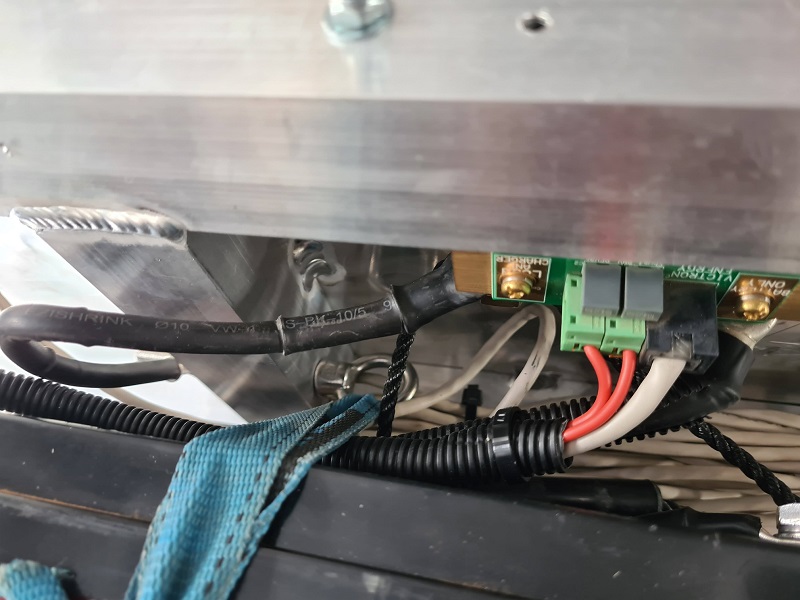 There is some of that rubber matting under the battery, and each piece of aluminium in contact with the battery has self adhesive foam stuck to it. 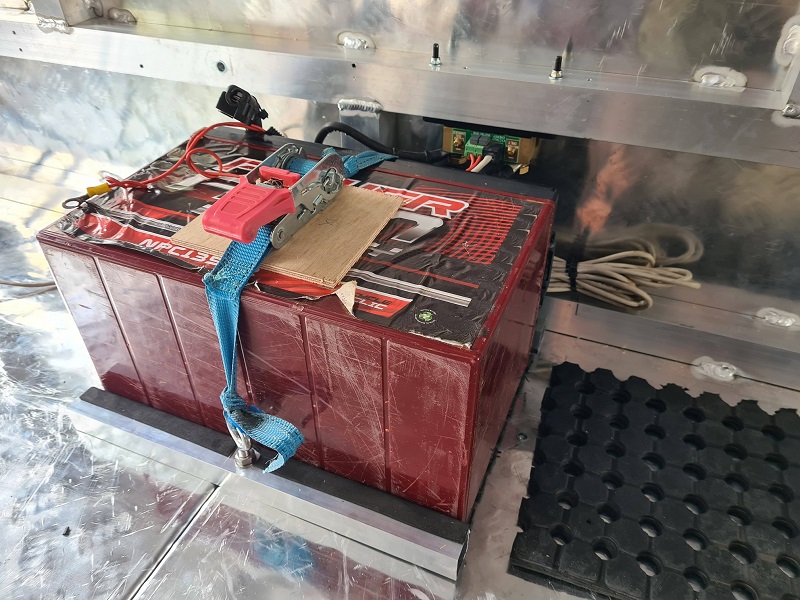 Frame - hard to see but the frame includes the sides of the battery "tray". There are three 8mm allen head bolts holding the frame to the floor using nutserts - undo these with a ratchet and extension in a couple minutes and the whole frame lifts out to give access to the battery. 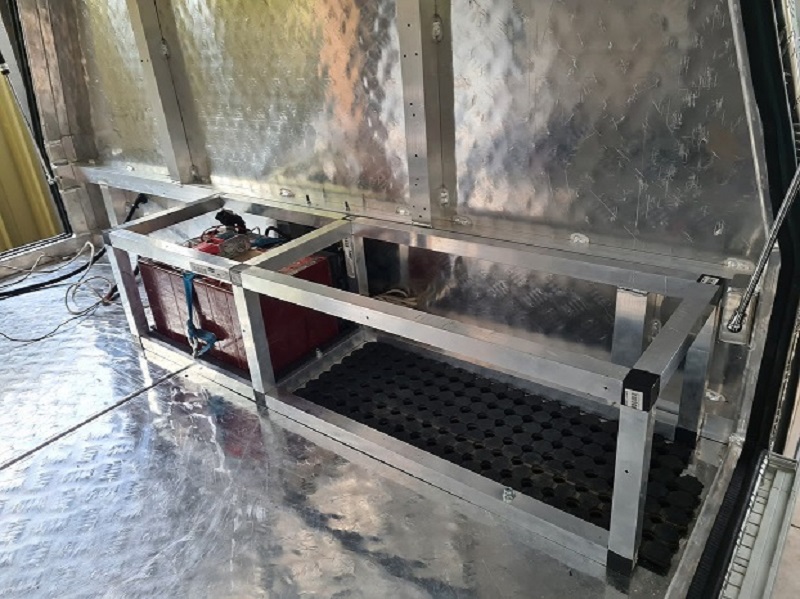 Clad in 6mm ply prior to paint. 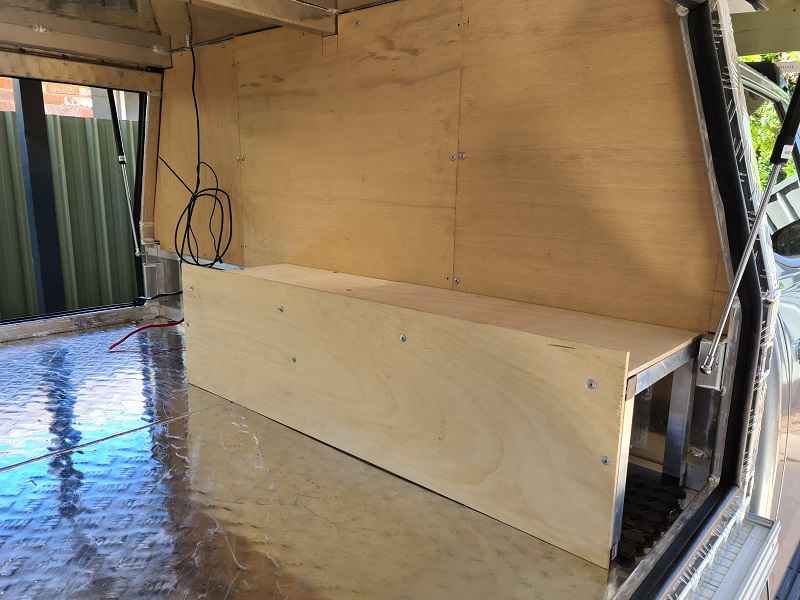 The ply directly over the battery is screwed down with 2 screws, take that off and the fuse box is under there. It's easy enough to get to, but if everything is installed properly it shouldn't need frequent access anyway.

The box to the driver side of the battery houses my compressor. There's an anderson plug under there for the compressor, connected to the 8b&s running back from my start battery as I didn't want to run it off my AGM battery.

I left the end open and it's a great little cubby for often used stuff like gloves, tyre gauge etc . The top is just sitting there so I can lift it out when required. Tool rolls and tool bag sits on top day to day.

Jerry can of water sits on top of the battery box, ratchet strapped to eye bolts into a cross member I put in the front wall, gravity feeds to a garden hose trigger nozzle.

I bolted the charger to the ply on the passenger side, don't have a photo but you can see the missing panel in the photo immediately above. Also put a cig+merit socket. Mounted the display for the battery monitor to the far left just above the light switches so every time I flick the light on/off I look at the battery monitor (these aren't installed yet in photos above).

I need to cut the corners off that sheet of ply...
P