So this is my slightly modified 40 series... Frank was originally a 1975 short wheel base FJ40 until the original owner collected a cow on the highway and bent the chassis. In his current iteration, he is sitting on a 1986 HJ75 Troopy chassis with a 300mm extension. The shorty cab was shortened slightly, a third door added and rear seats put in (old Hilux front bench seat). I've owned Frank for a few years now and I've rebuilt him from the ground up. 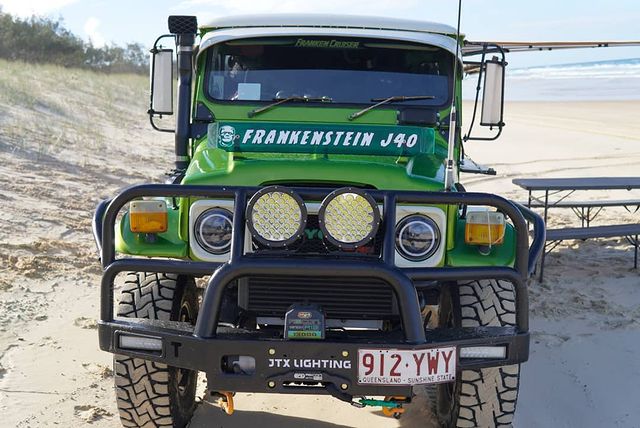 When I bought him the motor was cooked, there was no engineering done and virtually no paperwork on the old fella. I spent the best part of a year rebuilding everything literally from the ground up and managed to get him fully engineered. He's got a 14BT Toyota engine (originally in Dynas and Coasters) - it's a factory 4 cylinder turbo diesel which pushes him along very comfortably. I can sit on 100-110 all day long at about 2100 RPM (he's matched to a H55F) and he can overtake easily above those speeds if necessary. It's also got a heap of torque and I'd highly recommend any of the later B series engines in a 40. 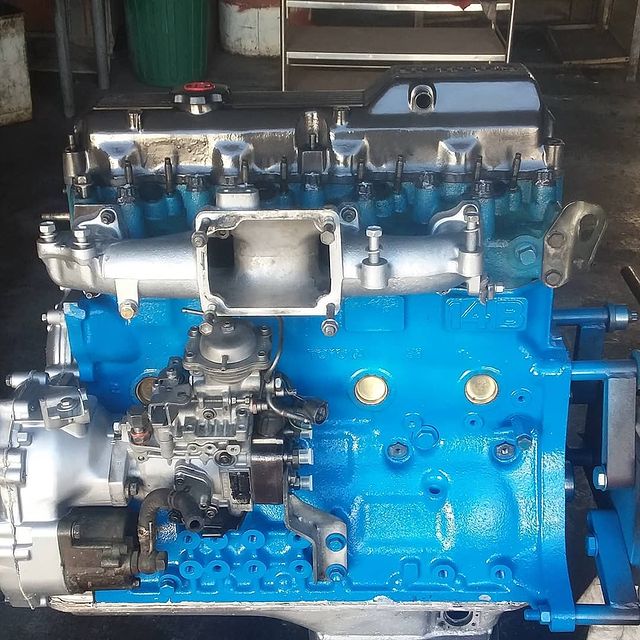 I put parabolic suspension in (front and rear) which made a huge difference to comfort and performance off road. I custom built the bar work using an old TJM bar as a starting point, and added/modded it as I went. I custom built the snorkel, airbox and intercooler piping and he's got a RYCO Catch Can up front. I'm currently running a factory CT26 pushing about 14PSI, but I'm waiting for a new upgraded Munro GMT at the moment. 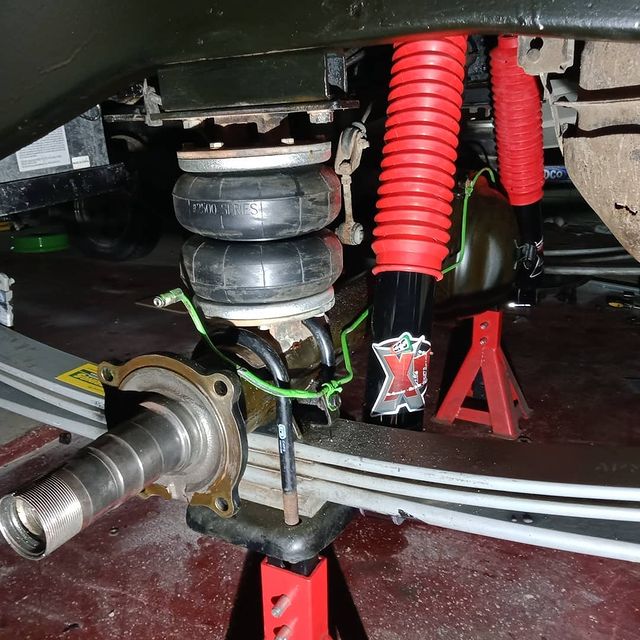 I also completely re-did the interior including two new front seats (AutoTechnica Brand), sound deadening/insulation around the cab, marine carpet, LED lights inside, a VMS in the overhead console + two fuel gauges for each tank (Frank holds approx 190L), UHF, reversing camera/mirror, and forward facing dash cam. I've also got a rear ARB airlocker and Aircompressor in the back of the cab, which are operated from the console, and I wired in some in-cab winch controls as well.

I built the canopy and undertray tool boxes, and in the canopy I run a12v fridge full-time, which gets charged with a 160w solar panel up top and a house battery under the tray (upgrading to lithium when funds allow), I've got a 2000w inverter which runs a coffee machine and charger for all of my tools. I keep all of my tools in the tray and I can actually basically rebuild any component in Frank with the tools I carry.

I've done a few trips in him up north and down south and he is my daily driver....

Love it. It's a credit to you. Disk front end?
F

Welcome to Earth. Love the rig. Jelly as

love it, any clue if the vehicle of the chassis that was used was from a wreck too?
F

linuxfan66 said:
love it, any clue if the vehicle of the chassis that was used was from a wreck too?
Click to expand...

I reckon it probably would have been, but sadly the original owner passed away a few years ago, so no way to know for sure.

I see this around town a bit. I've always been moving so never had a chance to have a look up close.
F

hiluxdriver said:
I see this around town a bit. I've always been moving so never had a chance to have a look up close.
Click to expand...

If you ever catch me parked somewhere, come and say g'day
R

Nice Job, great detail in what you've done, looks like a lot of thought and planning has gone into Frankenstein.
F

RaymondR said:
Nice Job, great detail in what you've done, looks like a lot of thought and planning has gone into Frankenstein.
Click to expand...

Yeah mate, with a bit of blood, sweat and tears thrown in for good measure! Cheers
F

Yeah mate, disc front end... I nearly swapped the rear diff for a disc one because the spindles were stuffed, but I ended up finding another drum rear diff close by, so I stuck with drum rears

I like it.
But I`m betting there is a muppet crying somewhere because you didn`t name it after him.

That thing is brilliant I love how much of the original style you've managed to keep.

Toyasaurus said:
I like it.
But I`m betting there is a muppet crying somewhere because you didn`t name it after him.

CaptainBanana said:
That thing is brilliant I love how much of the original style you've managed to keep.
Click to expand...

Cheers mate... I tried to keep as much of the originality to the build as possible, but making it more comfortable and family friendly at the same time.
F

Gday Frank, love the colour. Im about to do a engine swap in my HJ75 troopy and am leaning towards the 15B-t. Do you know who I can talk to about engine mounts, and can I bolt up to 5 speed thats in it. Im up in Cairns but townsville is only a stones throw.
You must log in or register to reply here.
Share:
Facebook Twitter Reddit Pinterest Tumblr WhatsApp Email Share Link
Top