No threat of plagues (of locusts) and floods (well rain, this is SA after all) did not keep us from our destination – Loveday 4x4 Adventure Park just out of Barmera. 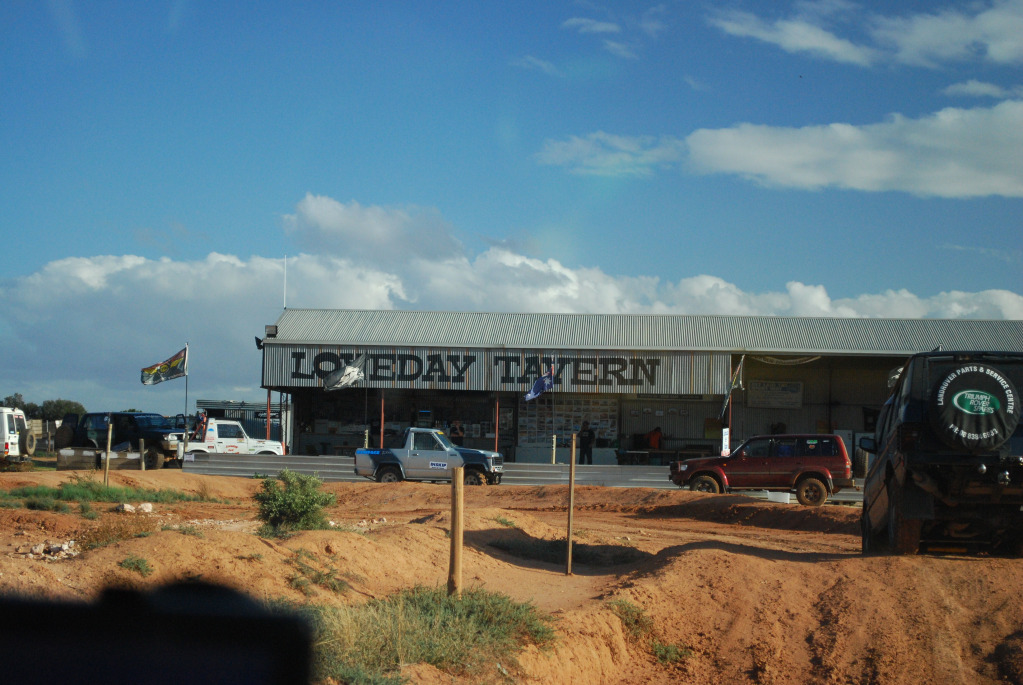 This was a great place to take the lad to learn some of the skills needed to drive his new Rangy. Loveday is a 4wder’s playground, no bikes allowed and welcoming to women and children as well.

The guys who run this place should be commended in giving 4wd enthusiasts a safe unrestricted play area. 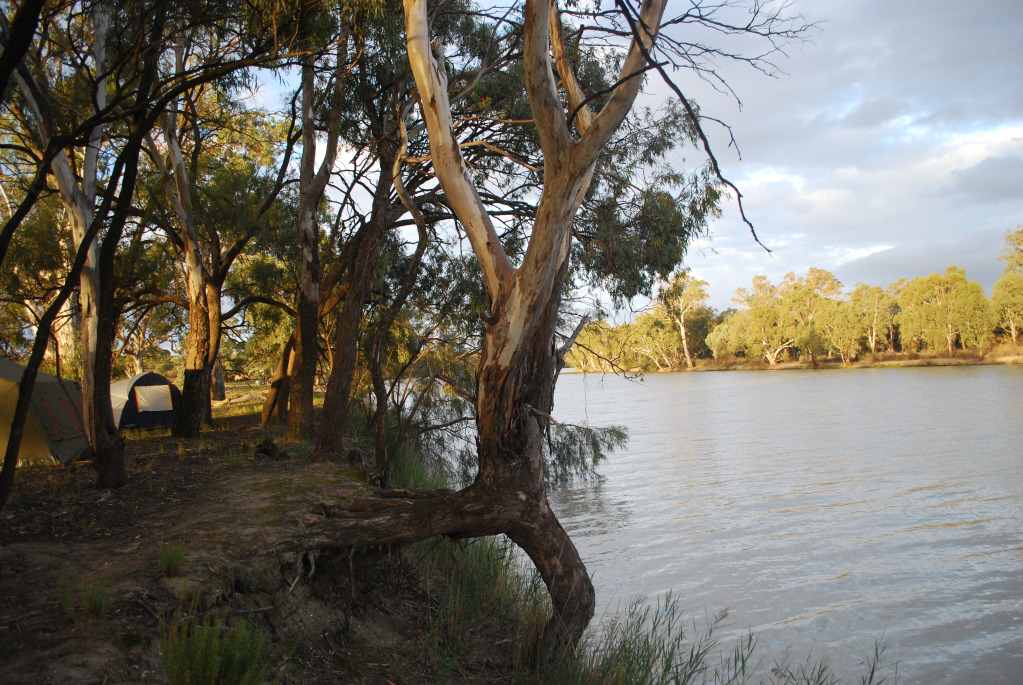 We were shown to our campsite on the banks of the Murray River and set up camp. 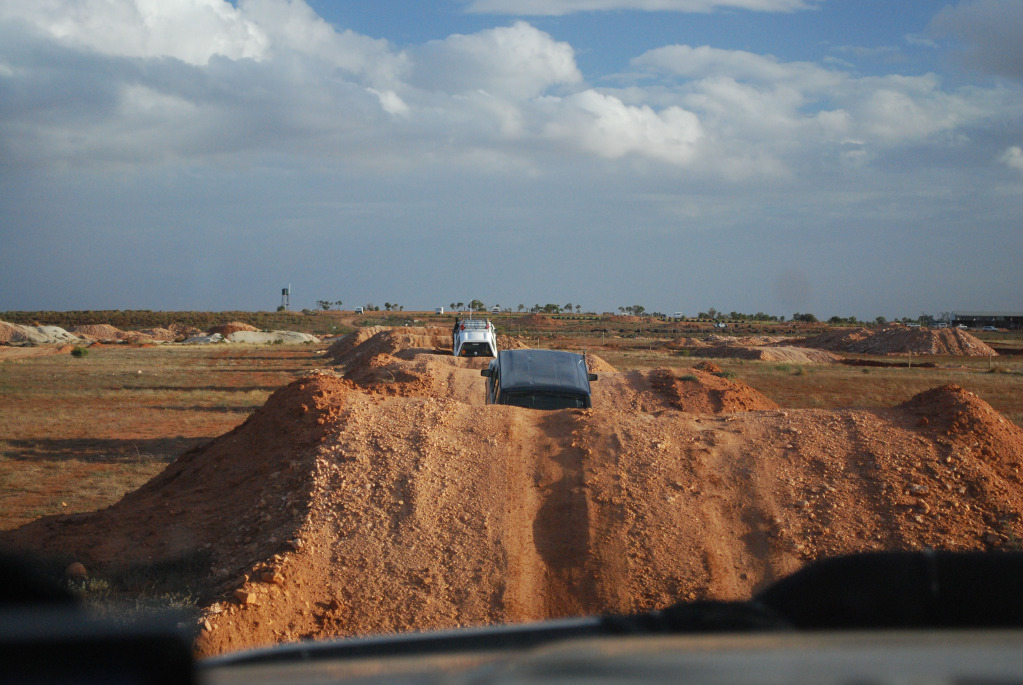 The Playground
The boys (Rhys aka Chopsticks & co-pilot Cameron – on the radio) were eager to get started and us more mature members of the group were moving too slowly for them. 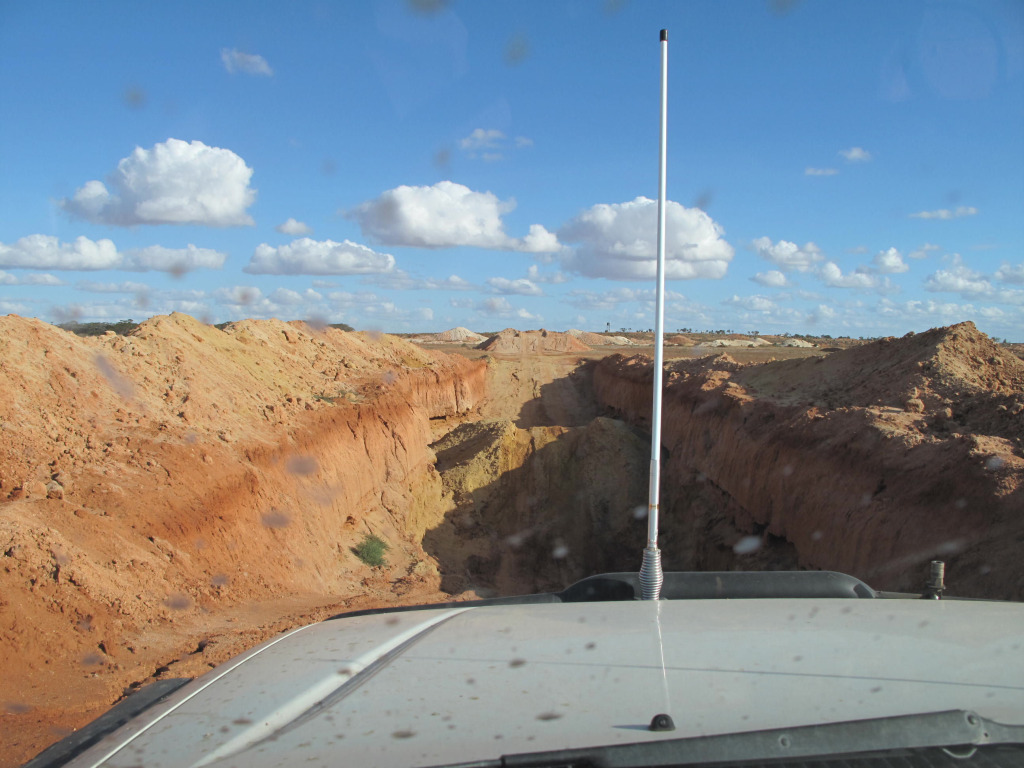 We followed Team LowLux out onto the track and it was great to listen to Marc teaching the boys technique. 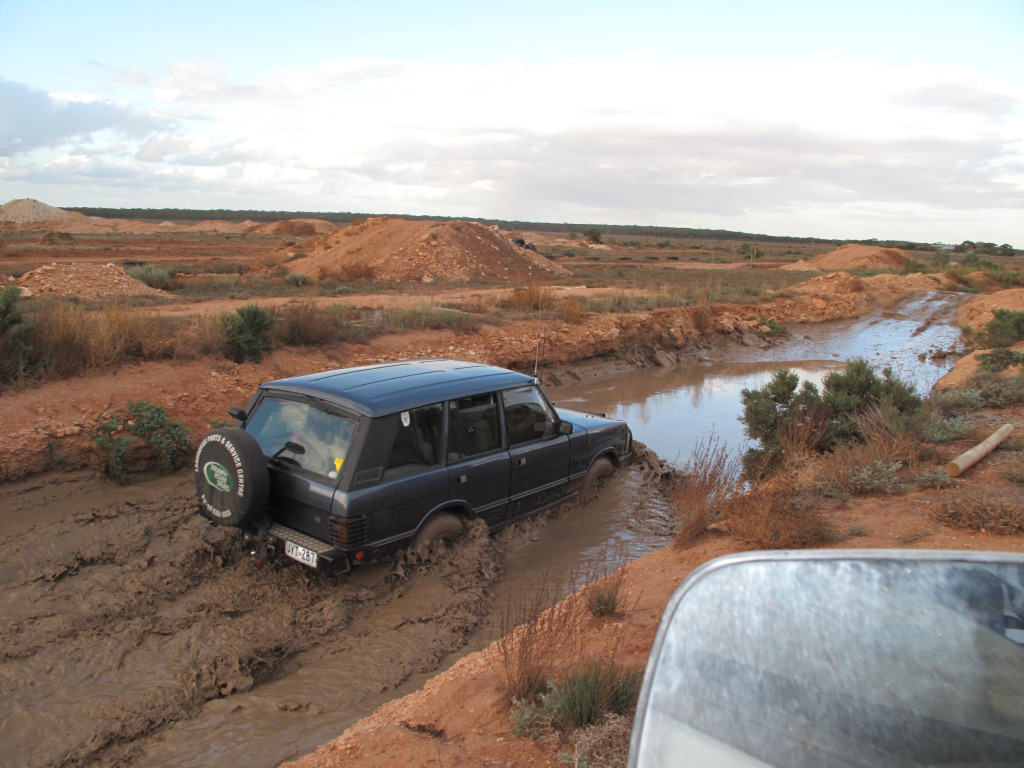 They did very well even with the first mud crossing. 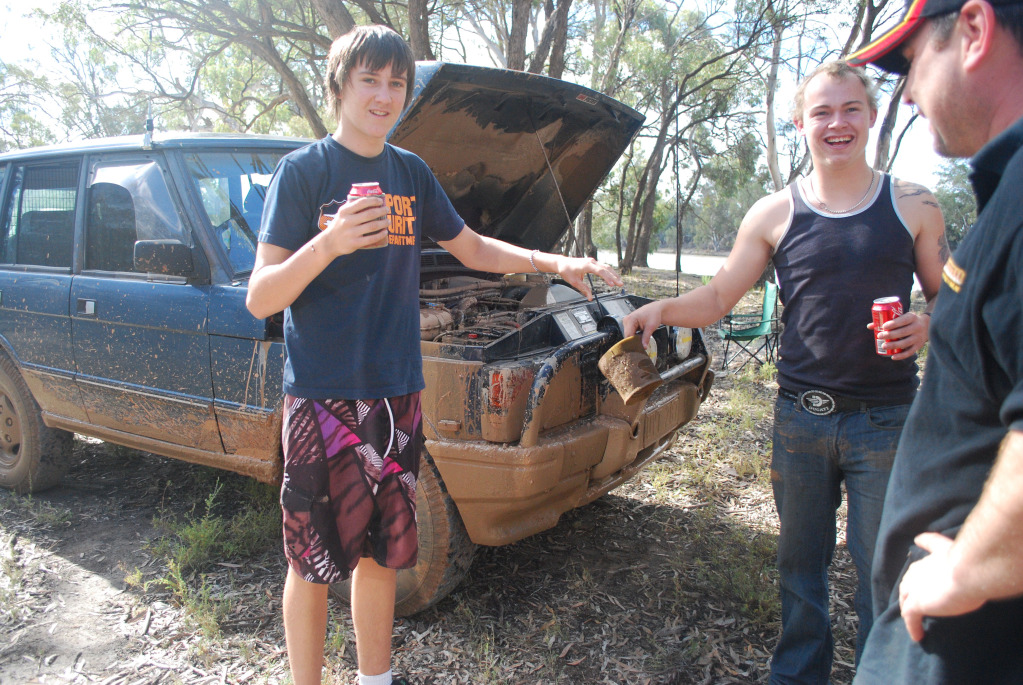 Exposed air filters don’t like mud
Back to camp Cameron was given the “1 match challenge”. Build and keep the fire burning all night with 1 match, no accelerant or paper. We sat around a great campfire talking all things 4wd with questions flying thick and fast from the boys. Seems the lad might be a chip off the old Wookie – if they weren’t hooked before they certainly were now. 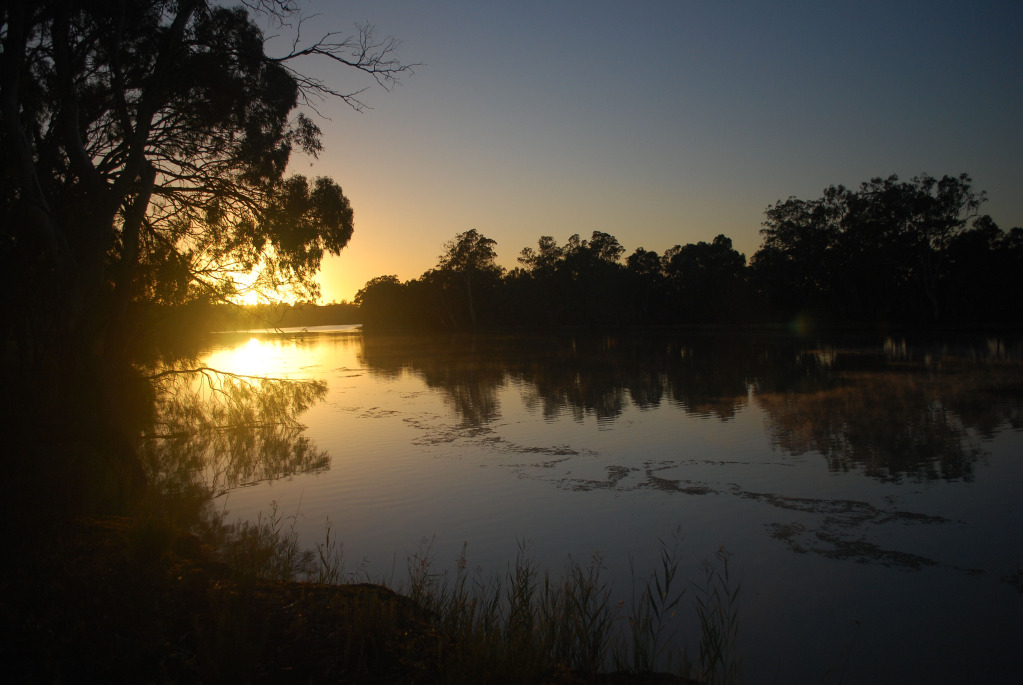 Up early the next morning to snap the sunrise and slowly the campsite came alive. We were doing the property’s border track this morning with a play in the sandpit and rock garden at the playground in the afternoon. 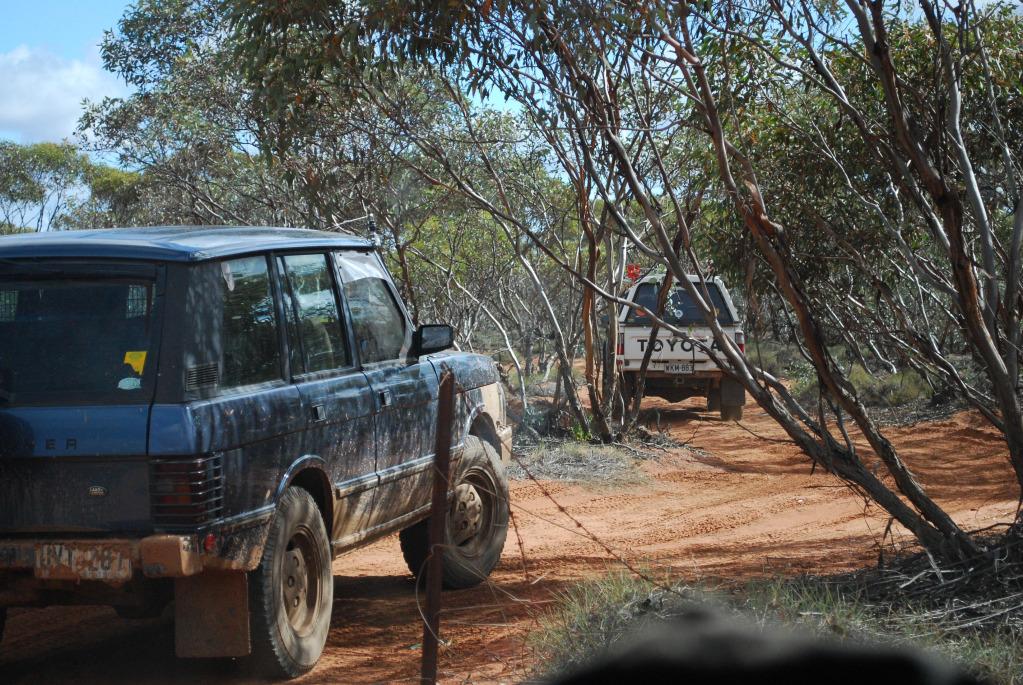 LowLux & Chopsticks
We personally just love travelling the Mallee, through tight winding tracks. With a few fun spots made along the way to play we came to the hill climbs. 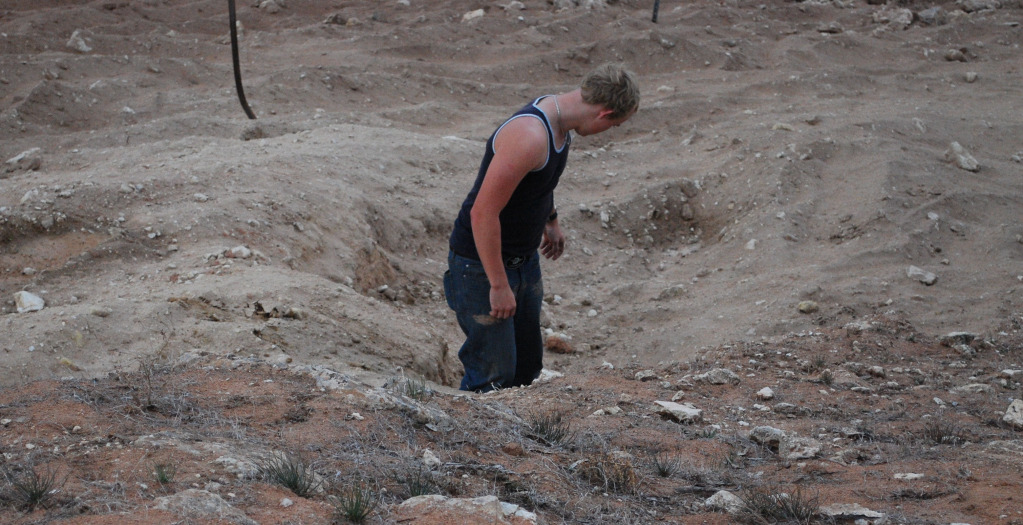 Chopsticks rightly decided these holes might be too big for him so we continued onto the sand hills. 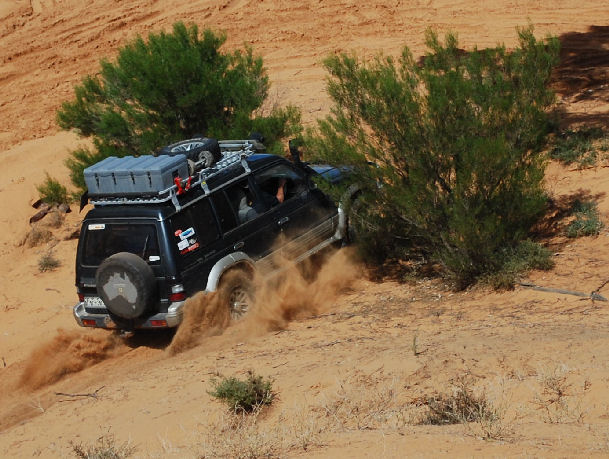 Now for the boys to learn how to drive in sand. New techniques like a quicker speed was the first to be learn and as we had the place to ourselves it was great. Wookie was in his element here. 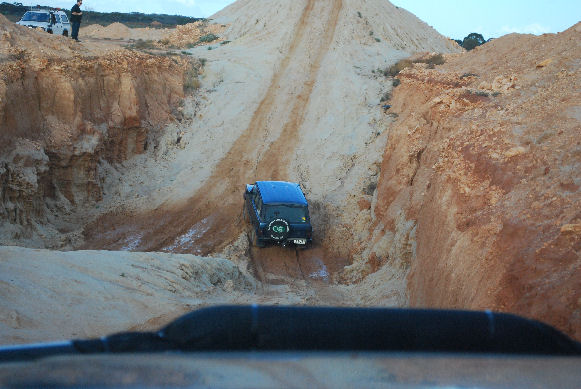 Unfortunately the idiots arrive at the sandhills so we decided it was time to return to the playground. 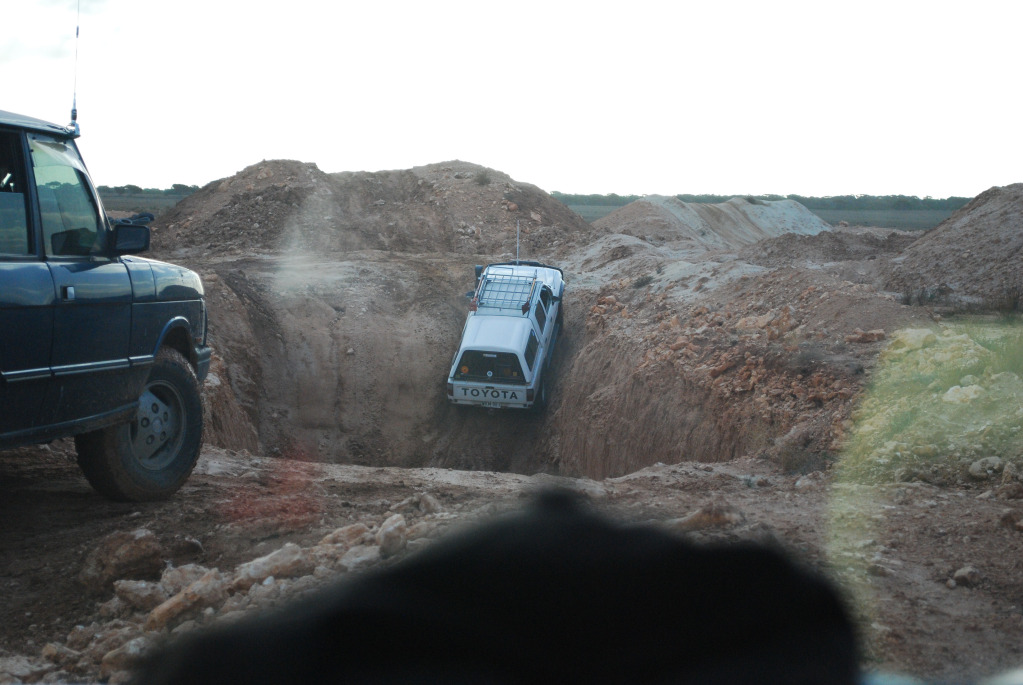 We avoided the Bog of Eternal Stench but did most of the other challenges. 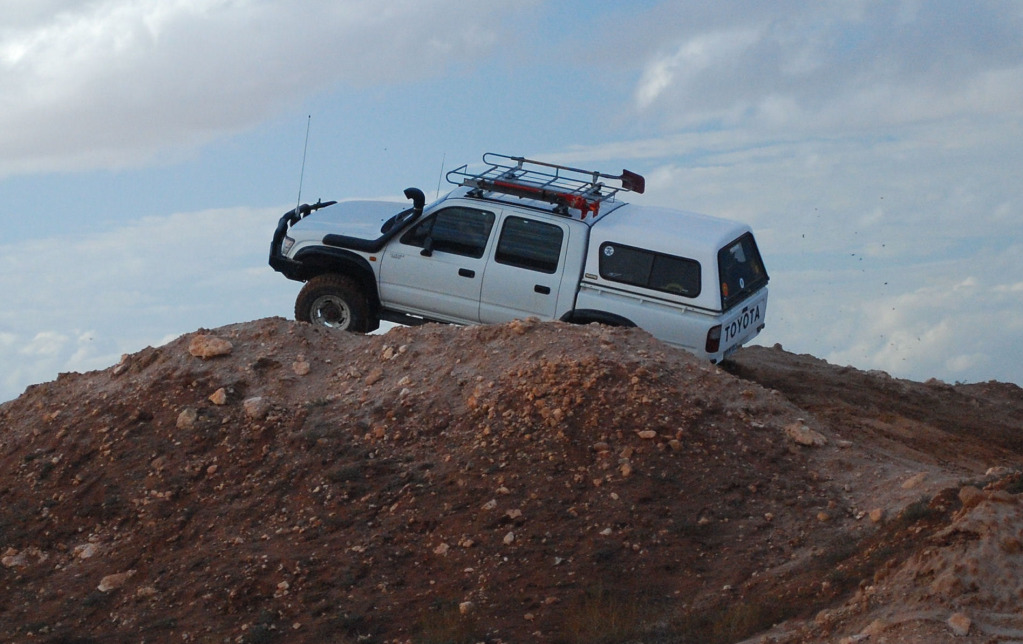 Even the teacher had a bit of fun. 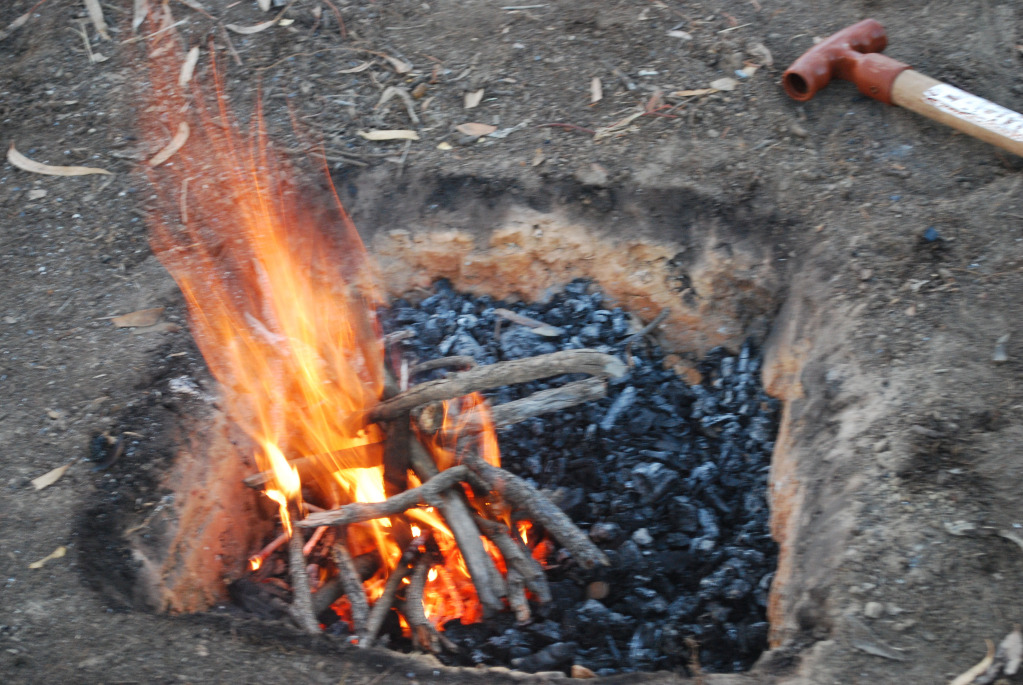 Trish’s turn for the 1 match challenge and a truly spectacular fire it was. Special points to Trish for being able to succeed with 4 male teachers giving advice all at once.

Next morning the Rangy didn’t want to start. The starter motor was on the way out before we left home and the boys learnt another important point when 4wding. If a part is on the way out and you go out playing it is bound to break.
Still, they look like they had fun. The smiles still there a week later. 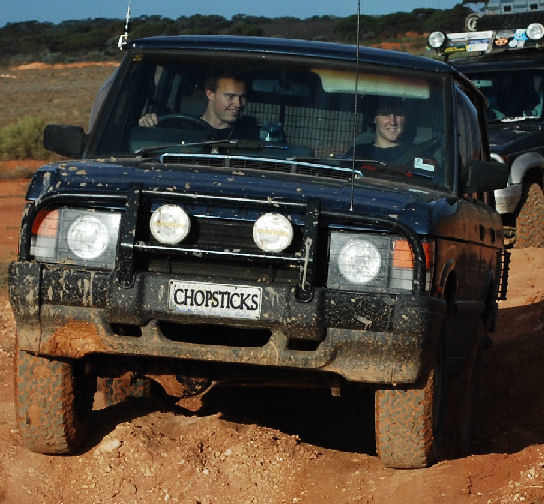 Long story made short – the boys spent another night while we returned to Adelaide, picked up another starter motor, and drove back to Loveday the next day. Fitted it then back again in time for work Wednesday Morning.

All in all – a fantastic weekend with great company. Thanks again Marc & Trish for teaching Rhys the ropes.

Great pics & story, looks like a good safe place to play and enjoy the surrounds, where abouts is it?

Just over into SA from Mildura, just south of Barmera.

Ekki Adventurers said:
Just over into SA from Mildura, just south of Barmera.
Click to expand...

Is it open to anyone or whats the go?

Loveday is open to the public and has a campground next to the tavern with toilets and showers as well as isolated camping along the Murray River.
$40 for day visitors, $60 gets you camping and entry all day then $10 for every extra night. The tavern is equiped with fire buckets and big screen tv for late night chats.
Dogs are welcome but must be kept on a leash at all times and not on the grass or Tavern area.
They also hold mud/extreme events regularly.
Search their website loveday 4x4 adventures,4wd adventure park South Australia. where is 4x4 Riverland,Barmera,4wd Adelaide,4x4 track Mud driving,camping,South Australia,Sandhills,2hrs from Adelaide, for more information.
The rules are simple and common sense.
Hope this helps.
Last edited: May 2, 2010