Yeah, another little run around the place
This time it's mostly work, with a little play.
Total should be around 6400km.

The main focus on the trip is getting to Brisbane and repair the Ranger LF door there in my brothers crash shop.
Needs a door shell, result of a 20km/hr roo strike on Googs Tk some 2 months ago.
I'll probably do a lot of the job, and while there do a good couple of weeks helping him out (they are busy and understaffed !).

First up, leaving 0200 tomorrow I head to Melbourne for 3 deliveries.
Sensitive goods that normally have to be well packed, double boxed, and then still pray to the courier Gods that they don't get damaged.
So, charging what I'd normal do for a full pack up and courier, I decided no probs to deliver these on the way . . . would you believe, that going via Melb is only 360km more than driving Adelaide straight to Brissy !!??
I was blown away when I looked at it and thought yeah, why not.

So hope to get outta Melb onto the Hume by early pm, 1330 / 1400 latest, and make Gundagai for an 8 hr or so stint in the swag.
I'm going that way to head through Sofala and do another delivery at Mudgee, only a 100km or so more, so again why not ?

So after Mudgee, I go north and get back onto the real route (Newell Hwy) near Coonabarabran, then high tail it to Brissy south side for a late Tues arrival.

Total approx 2580km, split into 2 days of about even distance, and I may take another night out if required and drive in Wednesday morning.
Not taking any chances on driving fatigued.

Thus late pm, head to Hervey Bay, visit eldest brother, drive back to 2nd eldest brothers via Cooloola / Teewah . . . and I'm taking him up and back for a spin.
Same Brissy brother I took across the Simpson Geo Centre May 2015.

After the WORK then for a good 2-1/2 weeks, will be driving home via Broken Hill, possible side trip to Gammon Ranges in the north Flinders. do a base camp 2 nights and some touring local tracks around Grindells Hut / Arkaroola.

Hervey Bay - Home run should be around 3820km, including some local driving allowance.

So the Ranger's tanked up (186lt deisel, have about 30lt water), loaded with camping gear, work tools, some general tools, 4 enroute deliveries, just going to throw some clothes in a bag now and get some sleep before the 0100 alarm.

Will post up some pics of the trip as it happens, and some notes on the Hervey Bay / Cooloola run.

Sounds like fun Les
You might already know but there is a free council campsite in town at Gundegai
Up the main Street past the pub and turn right and it is just on the left
Good easy spot for a stopover, have used it a couple of times

That Sofala Mudgee road is a nice run too​

Oooh, will check that out Alby thanks.

I had copied rest area info before and after Gundagai, but staying in town is a good option.
Just unfurling the awning, putting out the stretcher and swag.

Looking forward to passing through Sofala again, having gone through there on the way to Hill End in May with the NSW meet folk.

Yeah, expecting to get in around 2130, will have something on the way up I reckon.

Would that be Oibell Drive (<< Google maps link) @Albynsw ??

It looks nice enough there and loads of room, might do the trick I think

Yep that is the place Les

Well too early for Gunda, make it to Bendick Murrell rest area tonight arriving 2105.
45km short of Cowra.
So 19 hrs in the saddle, did 3 deliveries in Melb from 1120 and hit the Hume at 1430.
Total distance today 1425km.
Should be over half way, so reckon tomorrow night will be at brothers in Brissy
Now, to roll out the swag

Made it to Brissy south side tonight 2115

Welcome to Queensland Les, huge effort to cover that distance in two days, don't forget to throw a line in when you head up the coast, tailor season has kicked in nicely from what I saw last week.

Jesus Les ,If you were in Europe you'd have covered about 10 countries

Tailor, yeah your Moreton TR tipped me off, have a couple of light rods and plenty of sort lures ready for a go

Coupla days helping out here in the crash shop, then Thurs late arvo head up to brothers at Hervey Bay.
Great to catch up with him and his missus, and after the night there and a great tour around the area Friday morning followed by a beaut marina lunch, myself and Brissy bros head off to Inskip for the nights camp.

Quick stop at Rainbow Beach on the way, looking south with Double Is Pt in the distance. 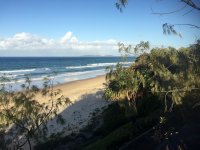 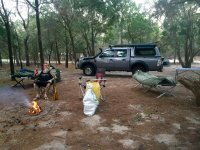 A beautiful little comfort fire and a beer, can't get much better than this . . . well, not until morning light

Next morning we drive down to the tip of Inskip Pt, a line of 4wds waiting for the ferry to Fraser, lucky buggers

The view of Fraser from opposite our Inskip camp

Driving down the spit 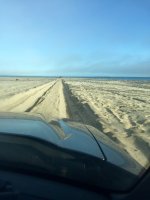 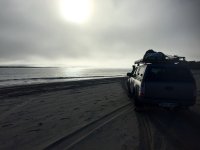 Back to Rainbow Bch and checking out the infamous local Mudlo Rocks.
No chance of driving around these for a couple of hours !! 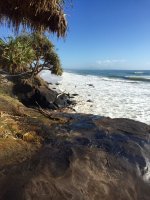 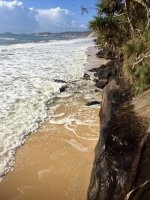 So off we go down the blacktop a little more to Freshwater Tk.
This is names after Freshwater Lake, close to the tracks exit onto Cooloola Beach, where we hit and headed north back towards Leisha Tk and Double Is Pt.

Took Leisha Tk over to to southern end of Raonbow Bch, and spent some time checking out the interesting beach and dunes. 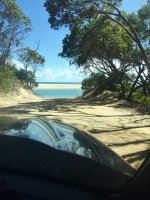 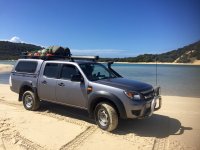 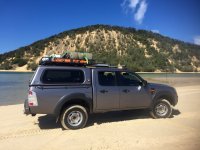 Looks like a good run, be good to get up that way one day.

There is so much beach driving Luke, probably as much as SA, and a heck of a lot closer

Headed back on Leisha Tk to Cooloola Bch, and headed left now to the far north of the beach, parked up, and left for a short Double Is Pt lighthouse walk.
Just 2km or so return, not too hard if in avg condition.

The views back to the south along Cooloola were great, as was the view from the lighthouse position. 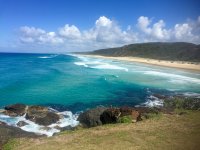 After a short lunch back at the vehicle, we headed south along Cooloola, the tide out and the beach like driving on slate.
Reached the 10km or so of designated camping along the dunes, and soon after found a little patch for the night. 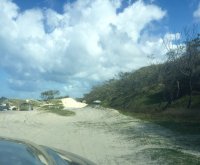 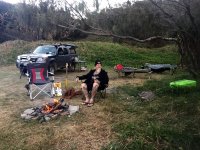 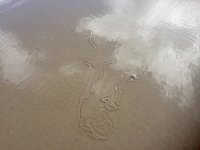 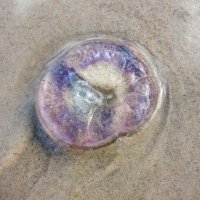 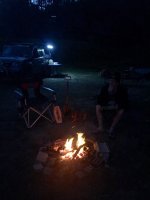 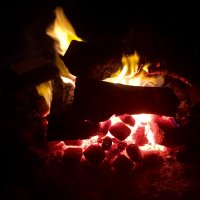 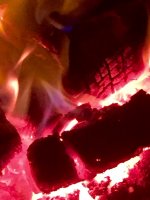 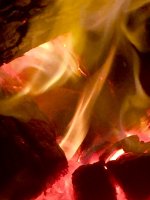 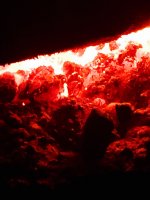 Not bad sunrise pics though
This is what I woke up to looking out from my swag. 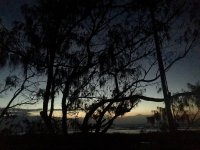 No time for a fish, high tide is for 1000, so we got packed up and headed off by 0830, determined to get ahead of the mad rush which would be sure to happen with the Tewantin ferry, and the weekend traffic heading home from the northern favourite spots.
We'd have to wait until near lunch time if we missed the clear smooth beach, or do the run in very soft high sand.

We hit the southern exit at 0900, and only had a shorth wait for the ferry. 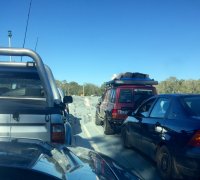 Great to see one if those fancy beach underbody car washes just over from the ferry. 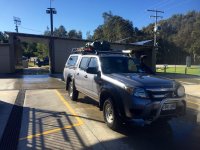 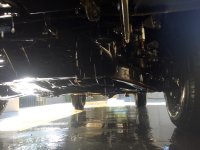 At $17 it was dear, but it sure as heck blasted all the obvious sand off, only have to fire hose the chassis and other such enclosed sections out tomorrow.

Dream run home too, back in Brissy south side by just a touch after 1100.