Good Points
I bought one of the basic models without all the electronic gismos... less that can play up in the bush.
Low kms - 140k when I bought it, and had never had a towbar fitted (i.e hadn't been a horse float puller, as some Discos are bought just for this sort of thing, given that they're rated to tug 3.5 tonne).
Great off-road ability even without a lift... has good articulation, very effective centre diff lock, shortish wheelbase
The 2.5 diesel's very thrifty on the fuel.
Comfy seats, important for long trips.

Bad Points
A little light-on in power due to the smallish donk, but that's been improved by mods - see below.

What mods are on the list to do?
Some BFG AT's on the spare set of rims.
Snorkel
Better front recovery points
Roof rack

Why did you buy this vehicle?
Used to have a trusty old Ford Maverick years ago, and had been missing the whole off-roading thing ever since i sold it. Somehow the Subaru Forester that replaced the Maverick - as good a car as it was - just didn't do it for me with its low clearance.
Looked around a lot, did my research, and finally decided on a TDi Disco.
Especially like the diesel torque in the sand, and the long range on one tank of fuel (800-900kms on 80L on the highway).

How often do you go offroad?
Whenever I can get out there, which isn't often enough... on a beach chasing the next mulloway, or out bush camping somewhere

What will your next vehicle be?
Hard to say. Only had the Disco 10 months.

Sounds a great 4by, any photos?
O

No, can't say I have any shots. Sorry 'bout that.
Normally it's the fish that catch the eye of camera lens. I'll have to take few when I'm out and about next time.

sounds good not sure about the looks but its a disco ??

Good photos of fish are welcome.

Hi i also have a 1997 disco tdi and there is more you can do to make it go harder if you have the $$$$ and want to make the trip to sydney take it to john.e.davis motor works. he will modify the standard turbo (eg cut it off the standard exhuast manifold) and fit it to headers (that still bolt up to your standard exhaust).
he them tweaks the injector pump and changes the computer. this has been done to mine and it makes it go like hell it dosent even notice 1.8ton behind it (strait up hills in 5 gear)
O

Thanks quadie for the suggestion. I think I'll leave it as is... it's running pretty sweet right now.

Here's a couple of pics... just had my roof and bonnet resprayed. 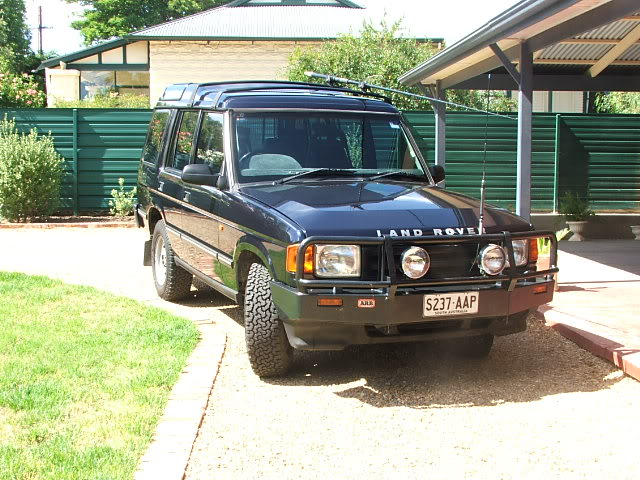 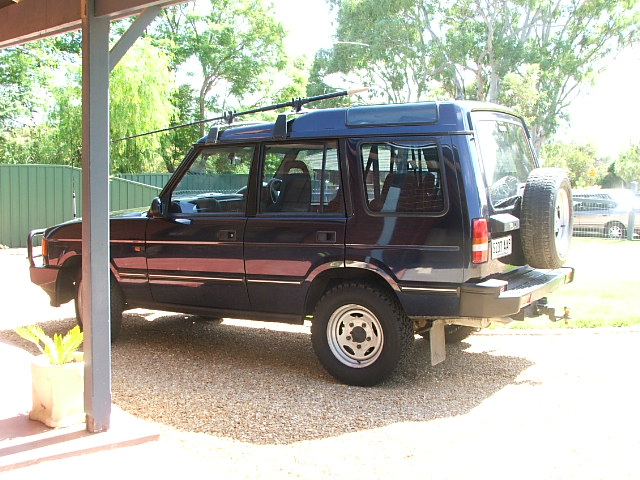 Nice!! I have the V8i,bit thirsty so maybe the TDi next time.