Read this in the local paper and found it very interesting considering that war had ended just a few years prior. Hope you enjoy it.... 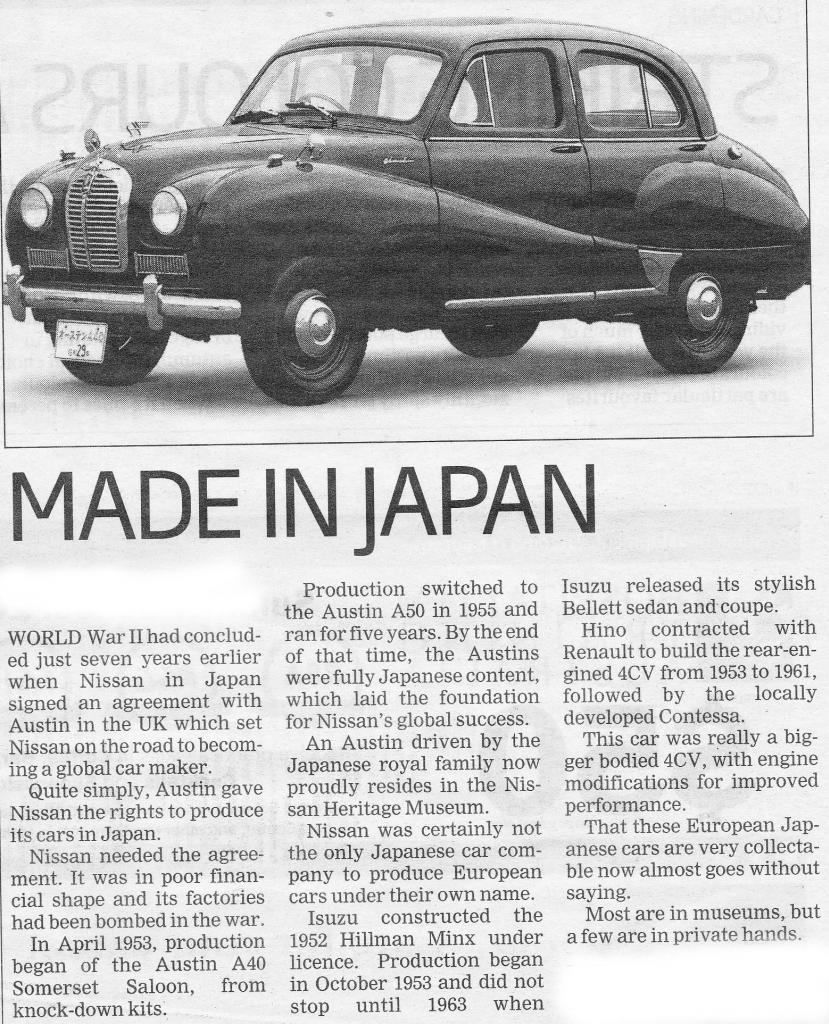 That looks pretty solid mate.
Didn't know those things were quick for thier time, they sure look heavy. What engine did it have?

BMW pre war made the Austin 7 as the Dixi, and Bristol ended up with bits of the BMW 326 which could be seen in the Bristol 400; this was in part due to the links between the BMW importer AFN (who still exist in the UK as a dealership group) and Bristol.

Slightly ironic, as the Nissan factory in Sunderland is now the largest exporting car factory in the UK, and BMW bought the remnants of the Rover Group (running it into the ground) who were the last incarnation Austin, Leyland and Rover.

Also the big thing was that the investment into the manufacturing was often thought to be beneficial for preventing a return to war; in Europe this was the Marshall Plan, not sure what the Asian version was, in contrast to the WW1 settlement where punitive reparation payments where dominant.

Our first car when we came to Australia in 1949 was an Austin 7 ute. Dad was about 107 kg's, Mum was about 38kg's so they sat in the front. Us three boys sat in the back of the ute. And we had to get out to push it up steep hills around Bridgewater Bay, Vic.