I bought a UNIMOG!

You can. But like anything, you need to exercise a level of caution. A full can of aero start seem like a great idea at the time. But in practice maybe not.

Hey fellas, been a while since I've posted here but just thought I'd update my thread as I normally do so I got somewhere to store my info ...
So the mog you're currently seeing in the above mentioned thread has been sold ...

I know it's sad but onto bigger and better things...
As much as I loved the existing mog and had no intentions of ever selling it there was one issue that bothered me and that was the fact that it wasn't a 4 door and I couldn't fit my wife and 2 kids in it to go away for a trip in it...
After weighing up my options and looking heavily into conducting a doka (dual cab) conversion I realised this option was also a very difficult process as I would have to concider the following:
* 60k to conduct doka (dual cab) conversion
*It's a big vehicle so storing it whilst doing the job would be painful.
* You'd need to buy another cab which costs 20k and then cut your cab and the new one up to make the doka and then also cut up new mounting points on the chassis. The chassis isn't a straight forward modification either as the chassis is designed to flex different from the cab on these suspension braces so maintaining the right geometry is also paramount .

I know someone who's done one and they said they spent close to 120k on top of the purchase price of the vehicle not to mention the year they had it off road so it was really difficult to commit to something like this.

So for those of you that don't follow my Instagram @unimog_doka ,
Here is the new Unimog I bought ..

My new/old EX ADF 1989 Mercedes Benz Unimog DOKA (Dual cab).
To say I am excited is an absolute understatement.
As you all know , you could ask a heap of Unimog owners about the pros and cons of owning a Unimog and most will say cons will include the noise, the heat, and the top speed but for me none of that bothered me... It was the fact that I couldn't put my wife and kids in the thing and take them away touring or camping in it for a weekend.
So when the once in a lifetime opportunity came round and I heard that Ben Nash was selling this vehicle I could not pass the opportunity up.

From what I've gathered these are an extremely rare vehicle. Infact it's literally 1 of only 6 genuine ADF Doka's that were brought into Australia for the Australian Defence Force.
Of the 6
1 is written off,
2 are in a museum,
1 is only left in service
And 2 are only privately owned in all of Oz, this being one of them.

The vehicle was originally purchased from Australian Frontline Machinery by Ben from Mog Central, who are one of Australia's leading Unimog parts/service/ workshops which is located in Canberra, so as you can imagine being his own vehicle it was well kept and has already been extensively modified for me.

As the vehicle currently sits it has been fitted with:

I have a few things that I'm going to be adding to it which I had bought for the other Unimog but didn't install when I knew I was going to be getting this one. So without further adieu here are some photos of when the vehicle was for sale, and I look forward to picking it up tomorrow . 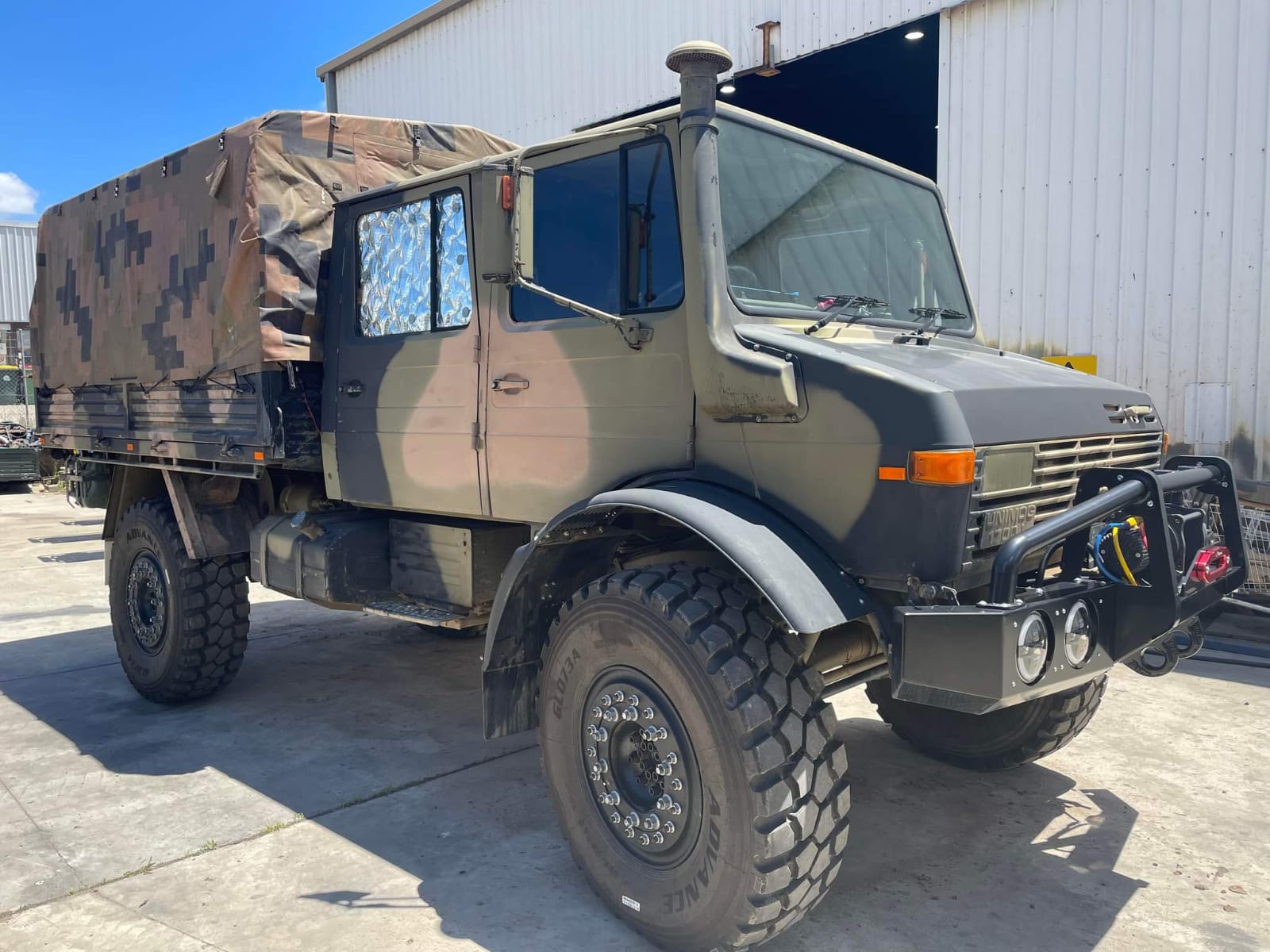 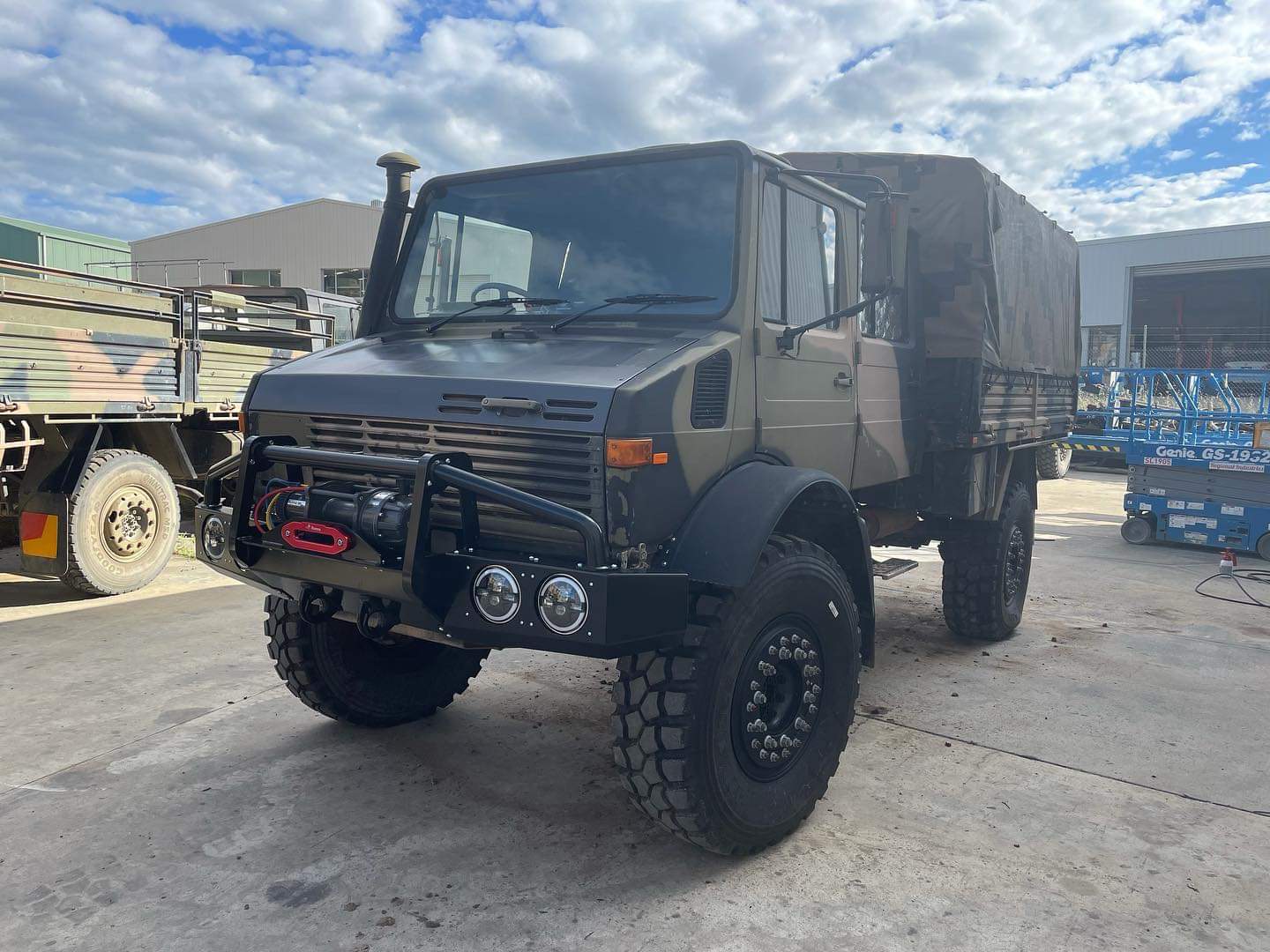 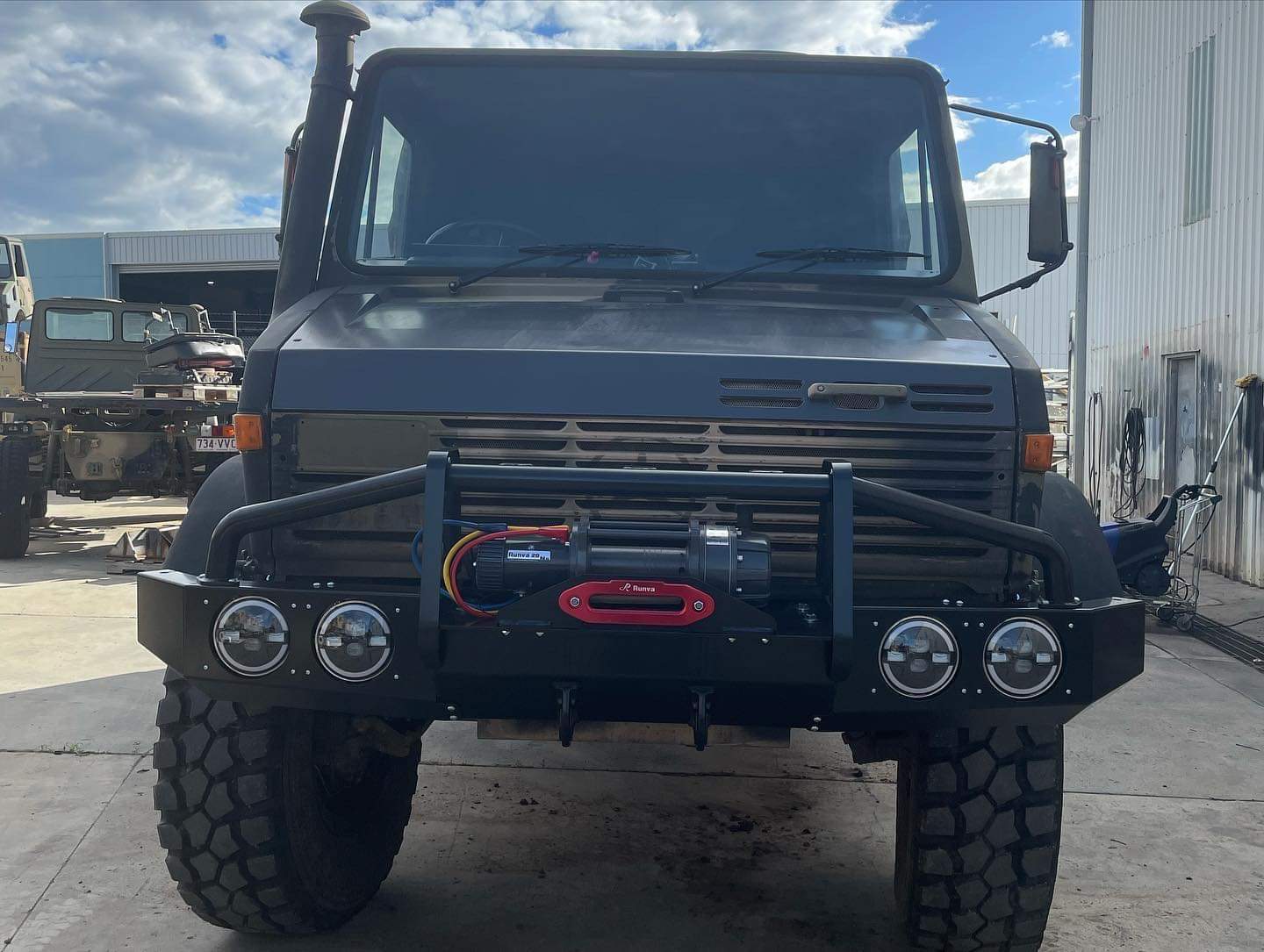 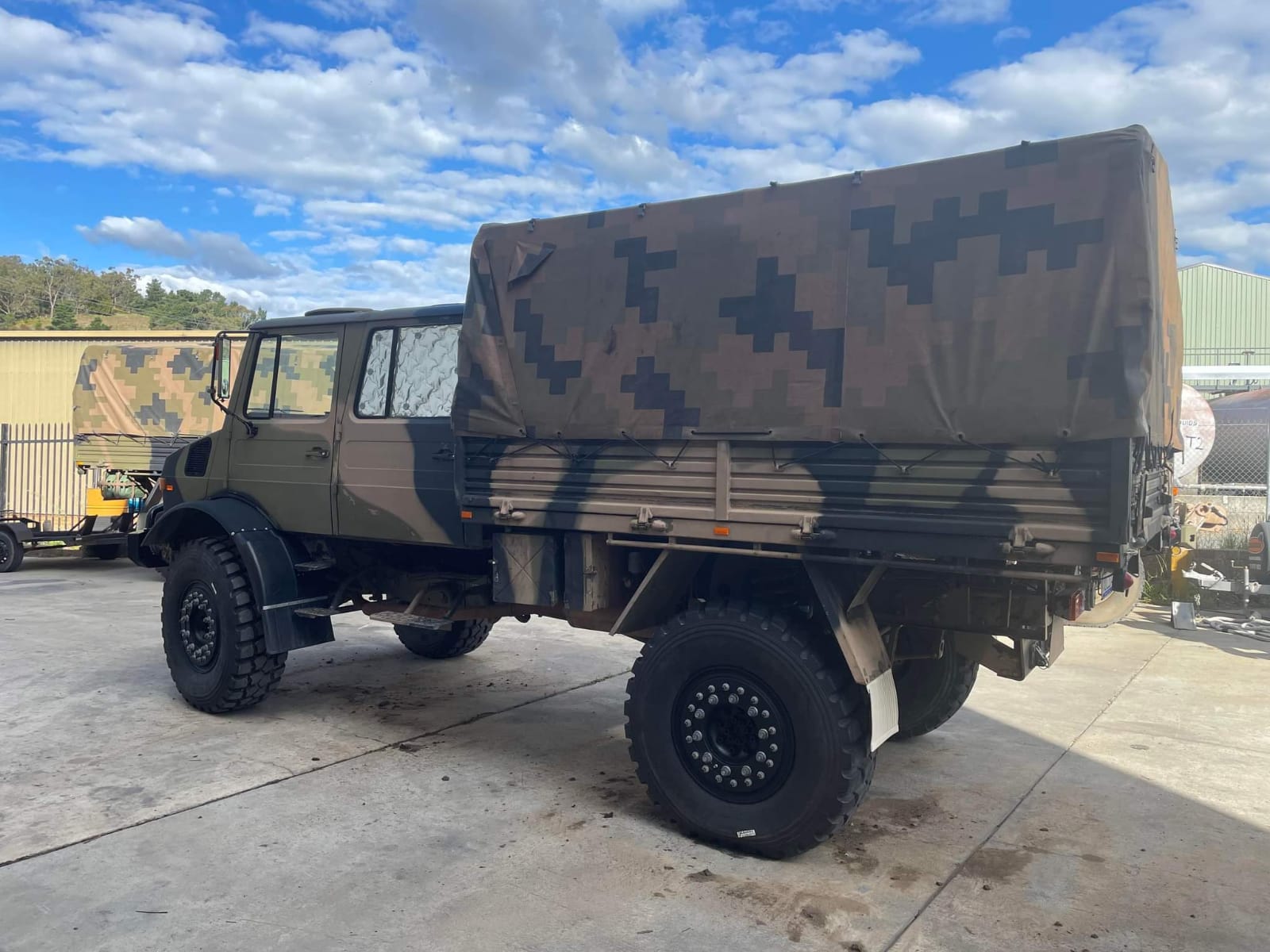 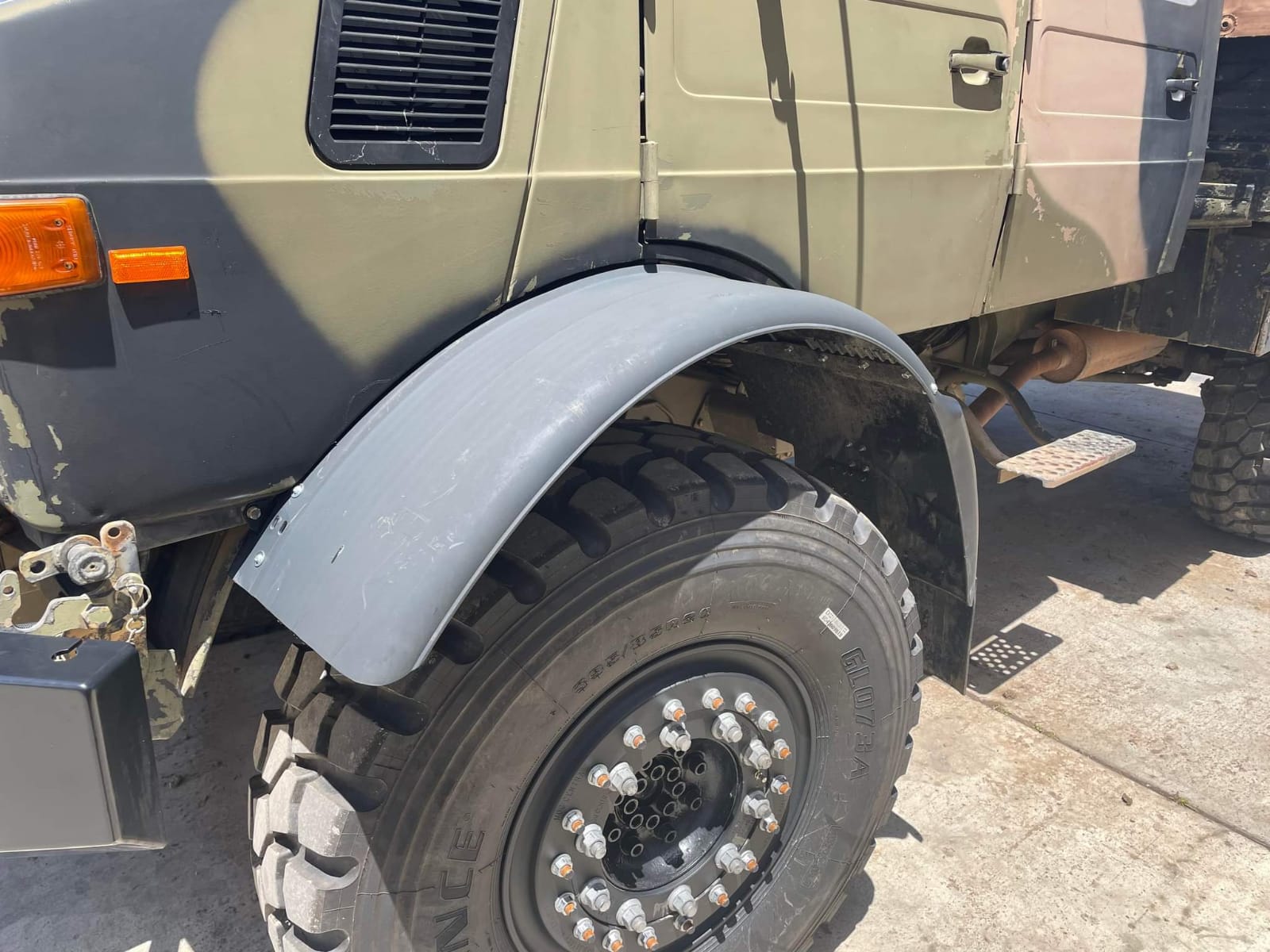 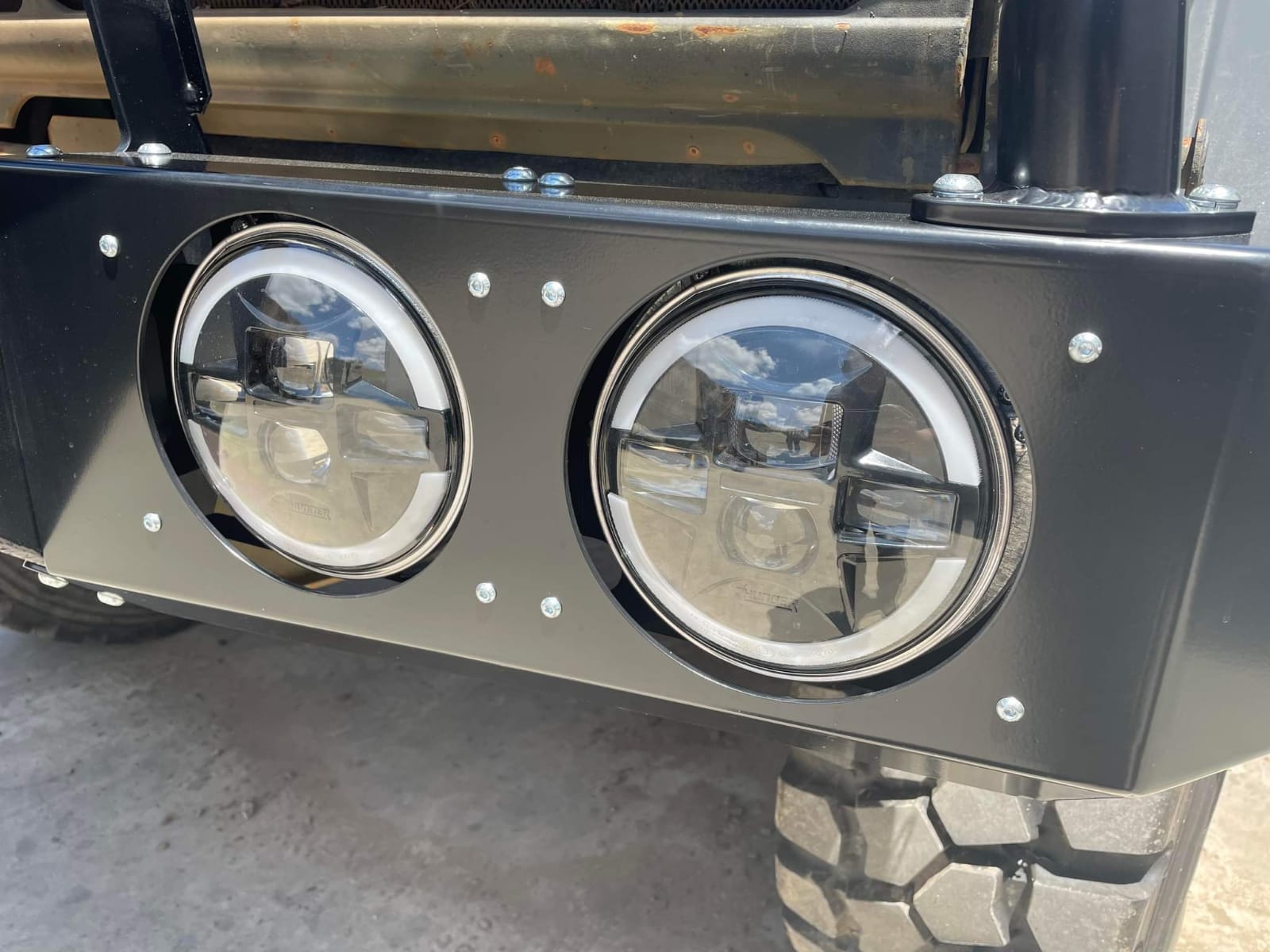 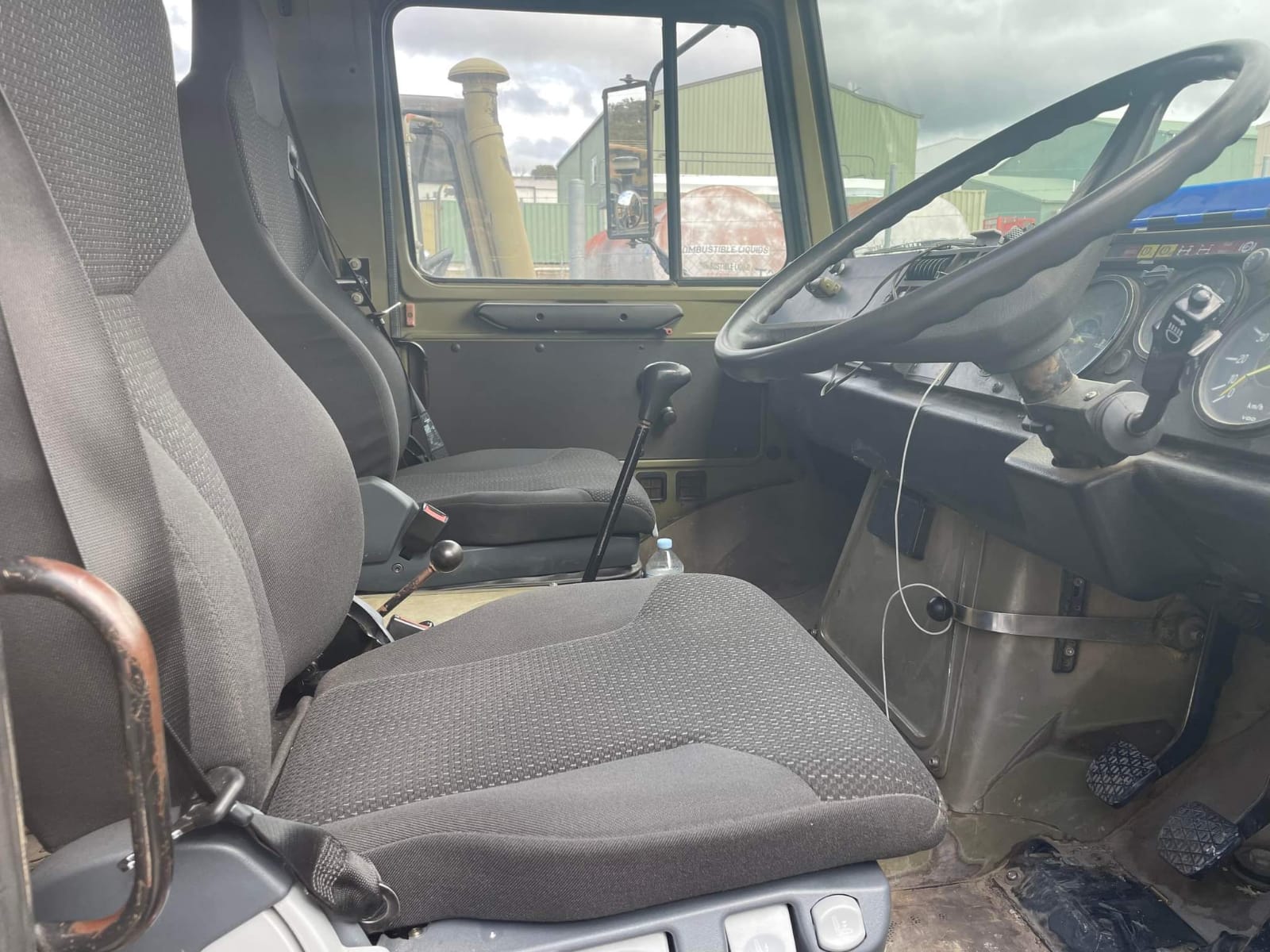 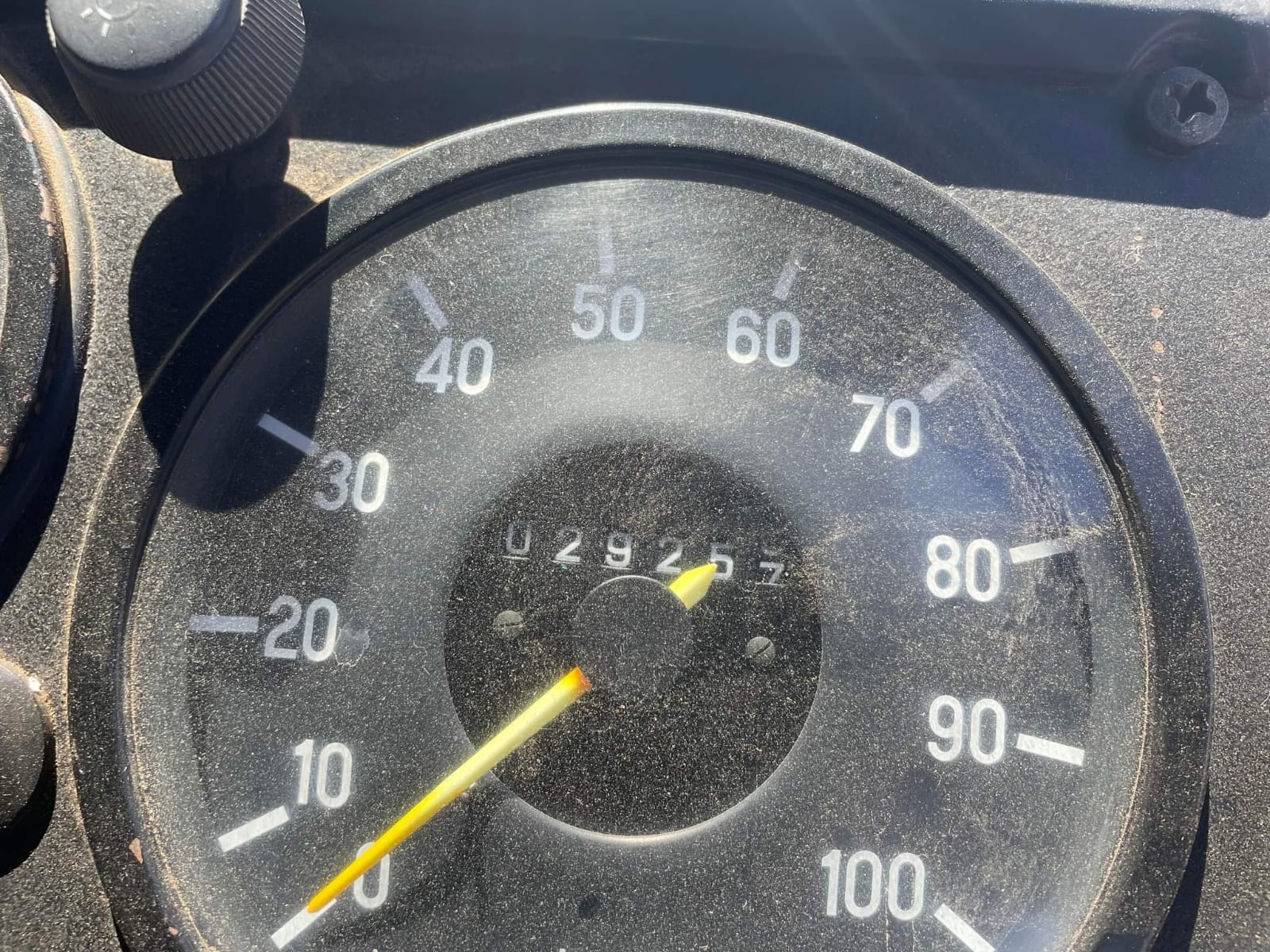 Very nice & very jelly. Hope your family have many happy adventures in it.
What are you doing with the back? Leaving it with the canvas or ??
B

That is so cool and such low kms. I'm jealous. Is the last pic of the speedo showing the top speed...1 kmph?

What is the top comfortable speed?

Very nice, congratulations. I am surprised that dual cabs are a rarity
L

Boobook Mogs aren't fast trucks in standard form. They will do 100k, but can struggle to maintain road speed when loaded. There are modern aftermarket turbos that will bolt on to produce more torque. I would guess most who want to do long trips would do that mod and replace the final drive to something that reduces revs at cruising speed whilst staying on the torque curve so you maintain road speed.

If I were in a different phase of life, a mog with a cabin on the back and something like a SWB Pajero on a trailer with a 13ft tinny for trips of 2-3 days duration into areas the Mog won't go would be my ultimate set up. I would probably become a permanent nomad with that gear.

Just picked up the mog last night and can hand on my heart say it was love at first site....
After driving it too I noticed that the gearbox engine and clutch feel much newer. The gear box was the stand out part as every Unimog these days has a crunchy gearbox/synchros in the 5th and 6th gears but this literally changed gears like a car.

The bullbar has grown on me and I love the led lights as they have day time rings around them so gives it a bit more of a modern look.

Anyway here are some more pictures of it.

Just about to embark on my 600klm trip home from Canberra to Melbourne....

Here are some pics of when I picked it up

Mate, what a find! I don't reckon you'll be bored ever again as between upgrade projects and getting out and having fun, your free time will be eaten up! Others have probably said it before, but after driving one of these for many years, sound-proofing should be considered as one of your first upgrades. Check out Carbuliders they have some good insulation/sound-proofing combinations and it's a fun project that will instantly make a difference to your experience. Good luck, looking forward to hearing more about your adventure. Cheers.
You must log in or register to reply here.
Share:
Facebook Twitter Reddit Pinterest Tumblr WhatsApp Email Share Link
Top