I signed up a while ago, but have only recently started to really interact here, so figured I should probably introduce myself..

I'm based in Perth (well, Rockingham.... but who wants to admit that? ) WA and have a MQ Triton GLS SE which I bought new in December 2017. The SE was the "blackline" of 2017, with rear diff lock and some black bits (flares, steps, sports bar, nudge bar and rear bumper- all except the flares of which I've since replaced hah).

I've done a few bits and pieces to it... But it's never done. I'm always in the driveway tinkering with something!

I'll aim to add some photos to this thread some time over the next couple of days...

I have to say that I am very happy with the Triton. With the exception of places where 35s + 4" lift was mandatory, it's taken me everywhere I've wanted it to go and it's put up with my abuse and always asked for more. It's covered in small dents and scratches from poor line choices and tight trails, and it's been a blast collecting every one of them. I am not intending to sell it any time soon, so the marks don't bother me at all. I've done ~54,000km in it and given it hell off-road, and it's had a grand total of zero issues so far.

In the future I would like to ditch the tub in favour of a tray and would like to add a Lokka up front at some stage.. Beyond that, I can't see any more major mods in the future of this car. I'll always tweak, tinker and change bits and pieces, but overall I'm very happy with where it's at right now.

See you all around

Welcome to the forum

Would be good to see the rig so a picture would be nice.

They should be called BOATS, & we all know what that means right

And your shit out of luck if you have both

Would be good to see the rig so a picture would be nice.

They should be called BOATS, & we all know what that means right

And your shit out of luck if you have both
Click to expand...

.... what does that mean? haha, I'm racking my brain trying to come up with it. Fill me in!

Warby said:
.... what does that mean? haha, I'm racking my brain trying to come up with it. Fill me in!
Click to expand...

Break Out Another Thousand 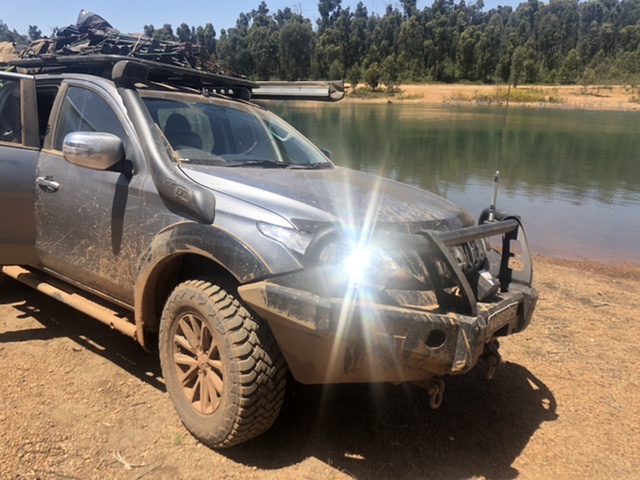 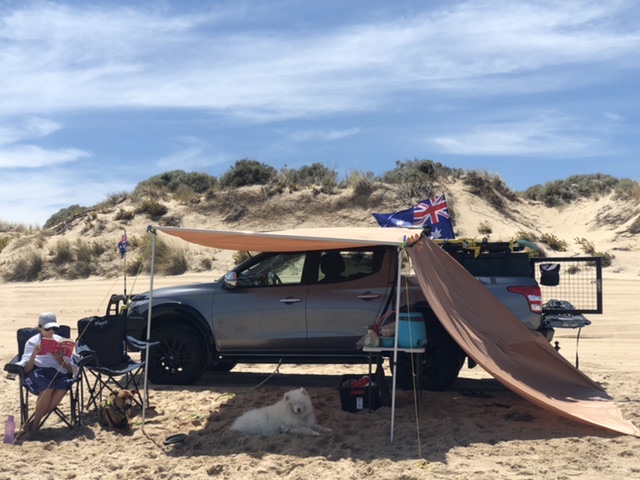 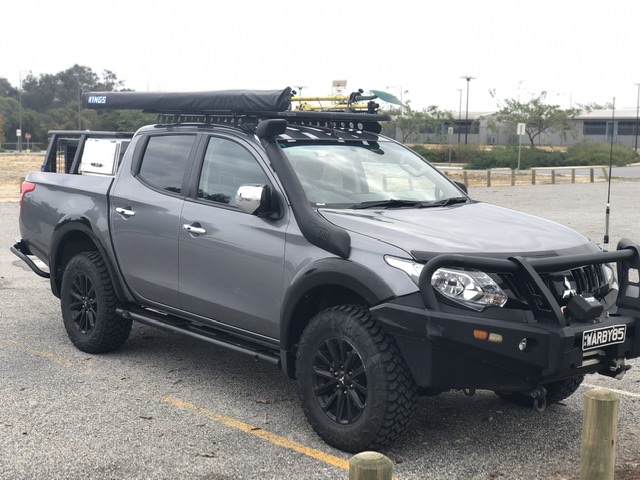 Let’s see if this works haha.... the toolbox sitting between dog box and cab in the last image I have taken off for now. It seemed like a great idea when I got the fabricator to knock it up, but I just never really liked the way it looked, so now it just sits on a shelf in my garage lol.

shovel, jack and max trax are all mounted on the tub rack too now

G'day Warby
Welcome to 4X4earth, look forward to reading and seeing your take on the 'Land of Iron'
Safe Travels : Joe Fury

Thanks, and nope hah - Office jockey mostly... I work in health & safety for one of the oil & gas operators here in Perth.

Welcome fellow sandgroper. coming from rocky, you can leave your ugg boots at the door

Also your post would be better on the My4wd thread it wont run off the board so quickly as we have new members joining all the time...