I’ve cracked the sheets with hema. Duck off out not working. 6 months-ish now.

Trying a new app called Gaia gps.
Happy so far. Subscribed to the 28/per. Really happy.
Can download sate maps too.
Will give it its first test this weekend
B

I hope it's ok Red Hilux. It looks like yet another OSM based map to me, with all OSM's inaccuracies.

Why did you crack it with Hema? Apart from the High country, their maps are great.

IMHO the best option is Memory-Maps sung Hema maps and the state tops. Not cheap but it is accurate and just works.

Like Boobook, I also use Memory Map with the Hema maps and state topo maps.

If u are using ios - try PocketEarth. Found it works pretty well too

since about early December, no longer able to sync iPad and iPhone, problems still ongoing today
Couldn’t download maps
Still can’t download maps on ipad as of today
iPhone doesn’t sync as of 29 feb when they did latest fix.
I bought Samsung tablet because that was still working. Sync stopped working. Doesn’t work still as of today
I did a delete and reinstall. Lost off my photos
When I did the reinstall. Now got double folders of everything but some are empty.

need to be able to download for offline use. Let’s face it. We are 3rd works in communications
B

Ouch, Is that on the Hema app?

Yesterday’s trip. 3 hema not working in other people cars
My Gaia did and I had satellite layer on while my iPad was offline ( download satellite before going into that area )

I have both Hema 4wd ios and Hema Explorer Android both work fine for me. There were earlier issues before the update on ios. There was no mention above. on which platform or Hema app.
Last edited: May 12, 2020

my hema is the latest version of explorer on both ios and android. the other hemas that didnt work on Saturday were also explorers. not sure if they were latest version
J

Everything Red Hilux says is correct. Same problems here except I did not try to re-install and I'm glad I didn't. Hema Explorer is great when it works, but everytime there is an iOS upgrade it stops working for months until they debug it. They provide no support and hardly any communication. Just take a look at reviews in the Apple App shop. It's a shame.
D

I use motionXHD on ipad mini and rate it. It's not without its foibles, but can't stand Hema (I do't like its UI, especially the way it doesn't handle being zoomed out very well and condenses views far too quickly)
I cache satelite imagery on it pre -trip, and also download their open source terrain maps (though sometimes very slow). 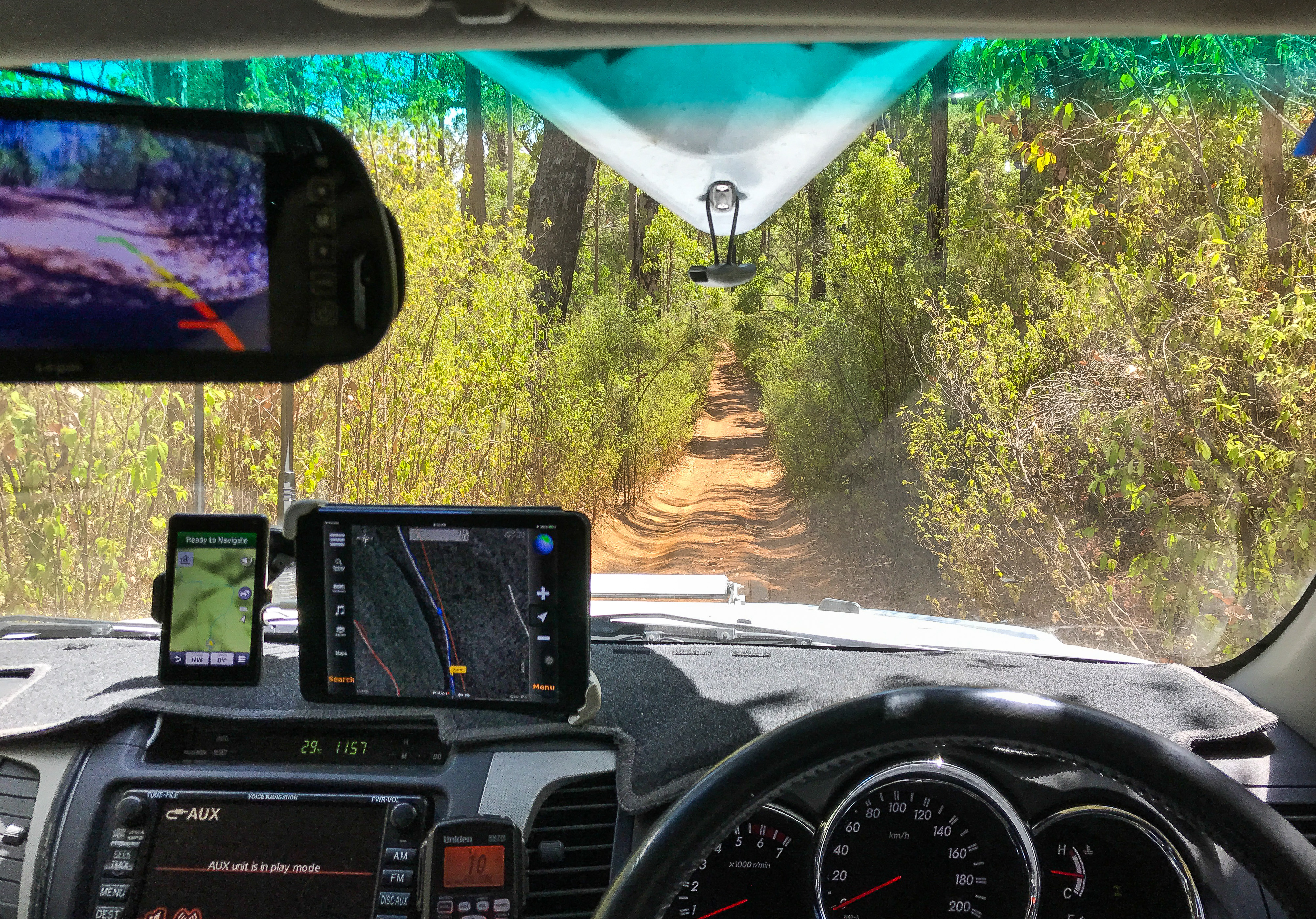 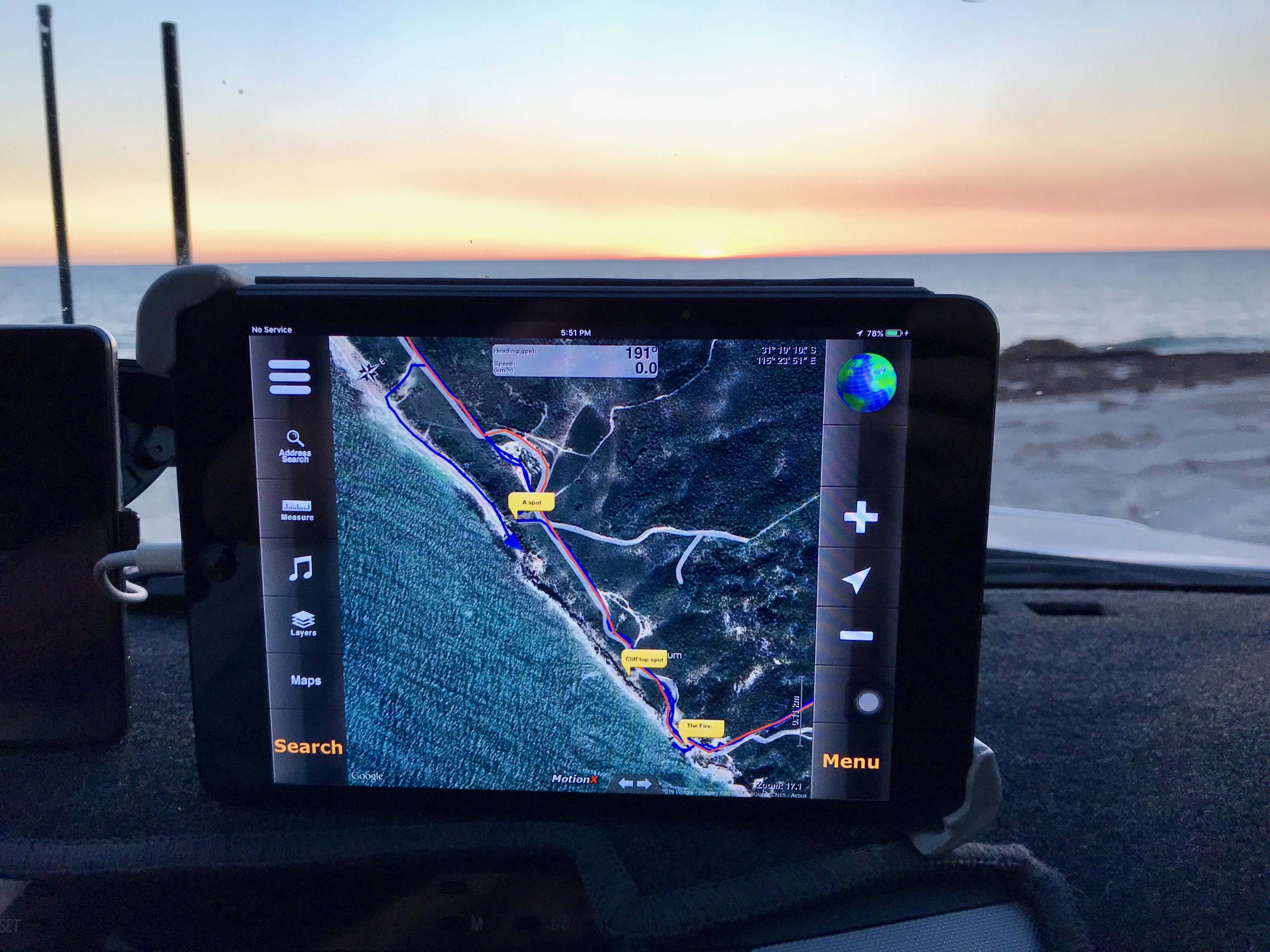 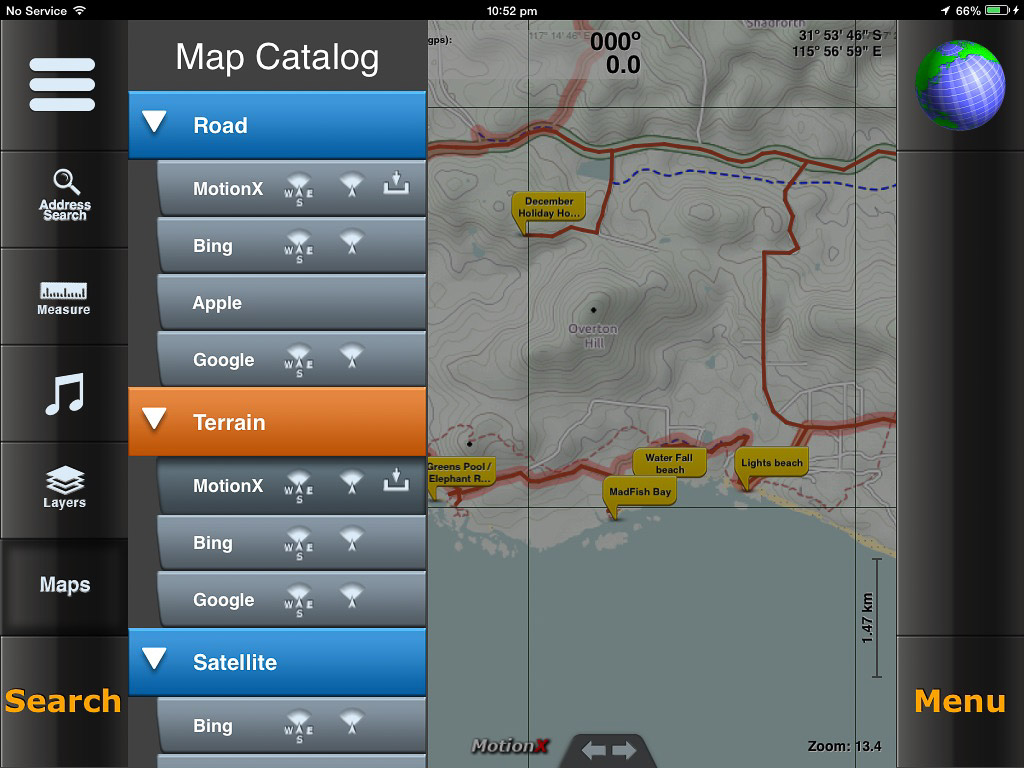 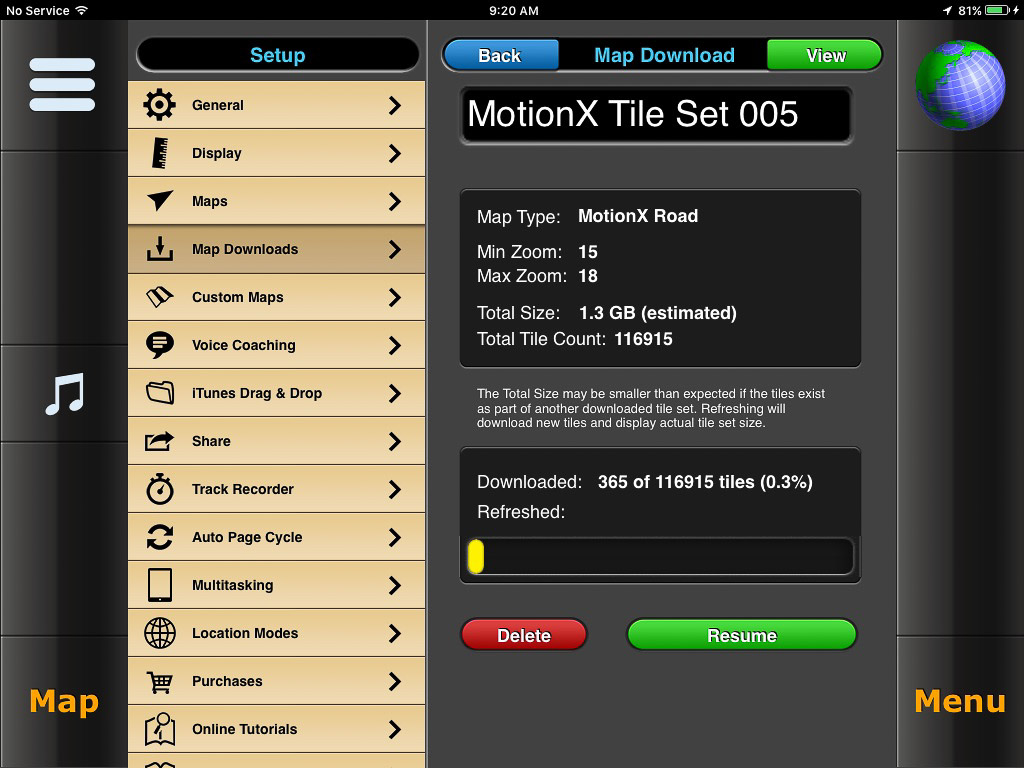 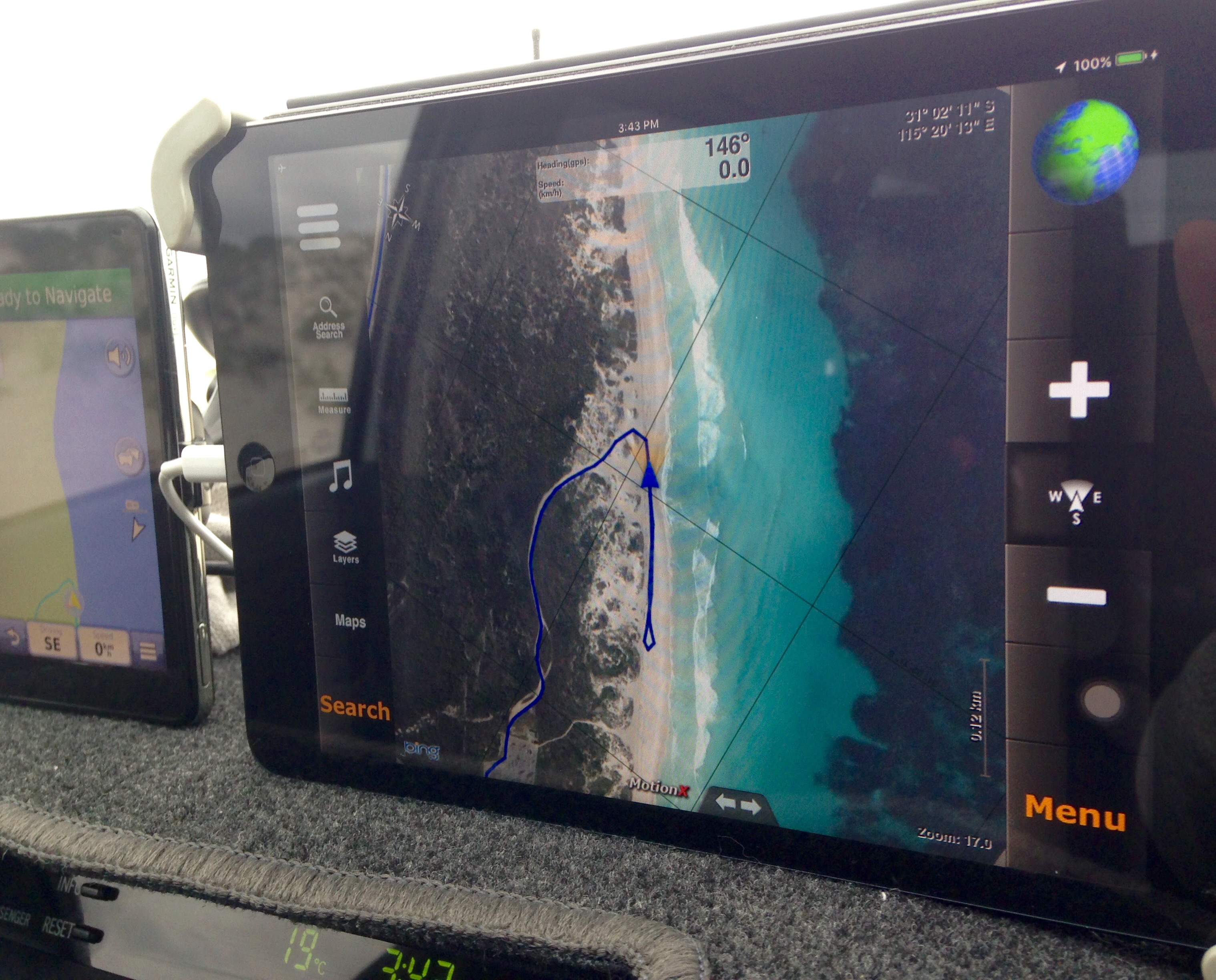 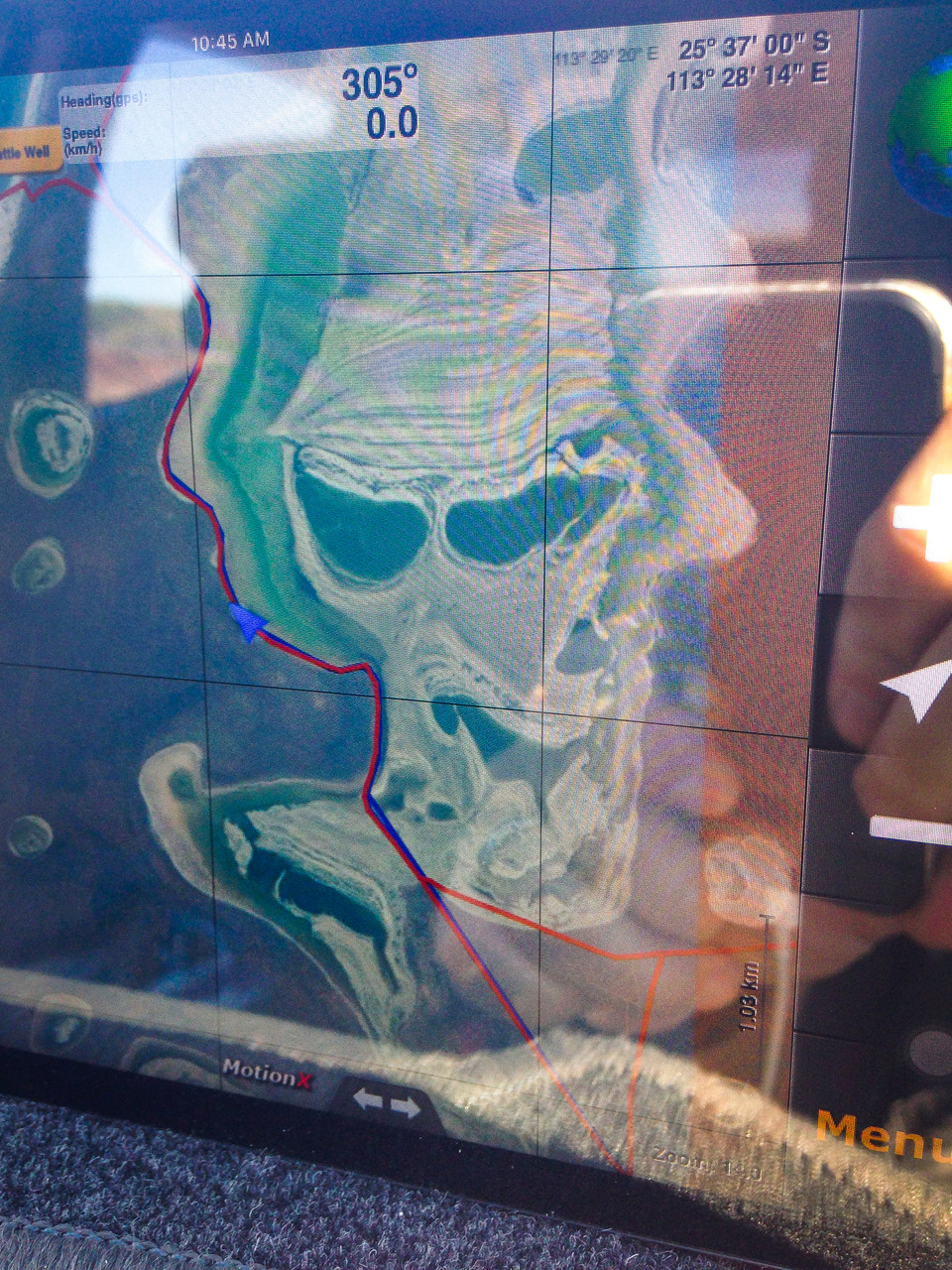 I have motion X, i was unsuccessful on using it off line

Gaia, I can download awesome sate images and use of line

Gaia for the win in my book, hema explorer no longer recommended
J

I've been using Gaia a little. It's very popular in the states. Slick app with carplay function too.

I'm still getting to know it. There's quite a few map layers one can use. Not sure, but I don't think they're all from OSM. Some are Mapbox? But there appears to be local Topo maps too.

It seems that Gaia does not offer maps for WA or the NT. Topo maps are not user-friendly for 4WDing, and they do not indicate things like campsites and other POIs. There is also the issue that each state issues its own topo maps and I am not sure how consistent is the usefulness of each for 4WDers. All considered, Hema is still the standard to beat in terms of coverage, variety, consistency and usefulness of maps. If only they had a good app development and support system...

I've been using GAIA instead of Hema. A number of reasons, one being that I can use the SA topo map which I just did for a week in The Flinders Ranges and secondly it comes up on carplay so I don't have to set up the iPad etc.

The GAIA premium cost of a fraction of Hema and the ability to use it on carplay is a winner for me.

Edit. Off the topic of GAIA slightly but around town a program called Magic Earth is excellent. Shows more detail than Google etc, it works on carplay and its free.
D

I've recently found the holy grail of IOS based GPS apps , called "GPS tracks". The guy who wrote it had me in mind clearly.

Quick youtube screen capture of me messing around with it (excuse the clunkyness of the video, my ipad struggles when doing a screen recording and isn't terribly fast model).

It does require an annual subscription in order to download segments ... I think 300mb per segment, but unlimited amount of segments. Importantly, there are custom URL's to add in to attain the Google Hybrid, and Google Street map soruces for download. There are then numerous other data sources available for download offline also. The apple hybrid can't be downloaded "offline" but as with most apps, it caches it anyway so if you do a fly around before a trip, it retains it.

I've found the UI, the tools, the import and export functionality with my KML and/or GPX files is awesome. It's high res, and extremely granular control over most parts of the UI. Waypoints and track lines are nice and fine.

Primarily I download huge areas of data in "google hybrid" (which is satellite view + road/terrain data), Google Street (very good), and then "terrain".

There's also the ThunderForest Maps, and OpenCycle (terrain) which have great bush terrain data in Aus.

For 4wd activity I think that the new standard is either or both Android Auto or Carplay.
This where Hema could regain some ground now that most new vehicles are providing this and just about all the new upgrades to OEM equipment has that ability.
The days of iPads and phones stuck on windows are coming to an end (anyone want to buy a collection of mounts ? ).
D

Carplay doesn't permit apps like Google Earth, Gaia, GPS Tracks, Hema etc etc - basically any at all, to operate.
None of those apps are permitted to launch in CarPlay.
It can do google maps, but only in turn by turn navigation, no loading of KML / track / waypoints ...

Carplay is not fit for purpose for 4wd'ing (wish it was).

monbeg said:
For 4wd activity I think that the new standard is either or both Android Auto or Carplay.
Click to expand...

I have GAIA, Magic Earth, Sygic and Waze and they all operate on Carplay.
I use GAIA in the country and Magic Earth around the city on a Kenwood DDX9019DABS unit.

I completely disagree with this darb "Carplay is not fit for purpose for 4wd'ing (wish it was)" and I speak from experience of having used all.

Eventually Hema will have to catch up and until then I won't be renewing my annual fee.