Good Points
very comfy front & back with lots of cargo room as well. Easy to drive with plenty of power on tap. Not as bad as some (better than most 6's actually) on fuel consumption but not the best in town driving.

Bad Points
Getting parts, any mods & most w/shops don't want to work on them, even Ford.

What mods are on the list to do?
A Lokka, front or rear

Why did you buy this vehicle?
Good 4b for the money, Mrs liked it as she could/can reach the peddles, but ride comfort was the main thing as had one before. (she doesn'y get the jiggly b#*b thing as much as our old Paj hahaha)

How often do you go offroad?
on average probably twice a month

What will your next vehicle be?
Maybe a dual cab Tritan when the last kid leaves school/home

& a couple of short video's

Your ford seems to get a work out, nice

Well done great pics and vids, good to see you having a go. CHEERS

Yeah not to many of us around who use them as 4b's but there are a few scattered around the place.
p.s. only do the hard yards when mrs isn't around haha.

to tell you the truth , i sorta had a laugh when i read ford exploder, but f#$k sake... top effort there mate (not so much the vid , but the pics on MY 4x4 are good as gold.), im a fellow ford owner (courier with shit loads spent so far) ya makin us proud mate ...bloody good job.
Last edited: Aug 1, 2009 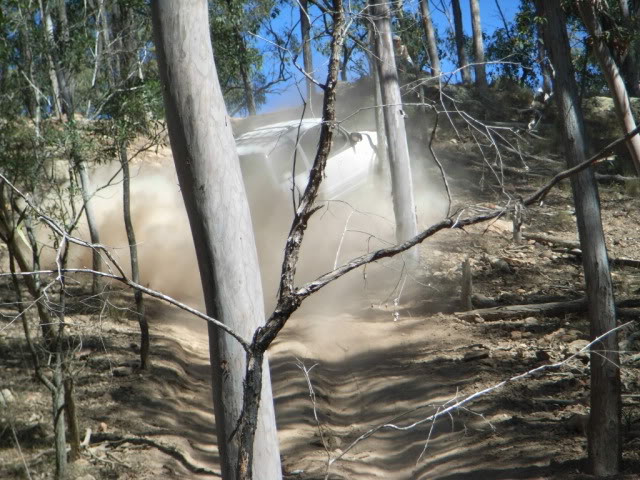 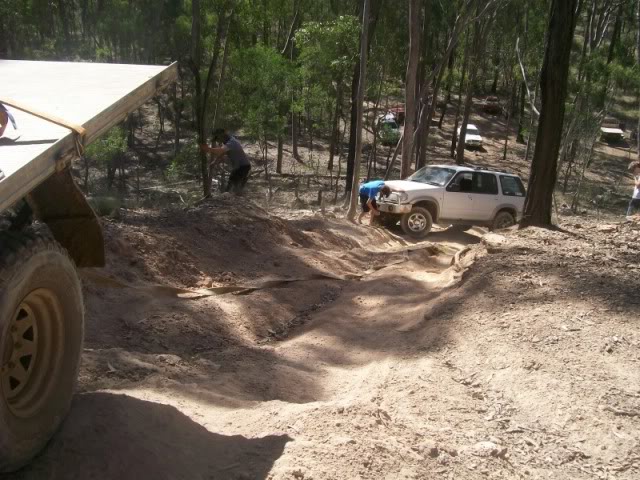 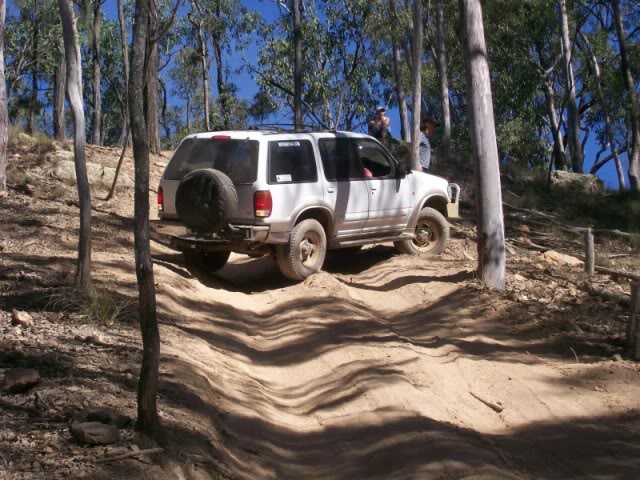 jimbob said:
to tell you the truth , i sorta had a laugh when i read ford exploder, but f#$k sake... top effort there mate (not so much the vid , but the pics on MY 4x4 are good as gold.), im a fellow ford owner (courier with shit loads spent so far) ya makin us proud mate ...bloody good job.
Click to expand...

Your where I'd love to visit, well up to the high /alpine country anyway.
Whats the use of owning a 4b if your not going to use it for what it was built for, even if its not a hard-core you can still go out & have some fun with your mates (oh & do a bit of exploring, no pun intended LOL) that's my thought on it anyway.
Last edited: Oct 23, 2009

Yep that isn't the most desired position on a hill

the good thing about it is it's different
I like different, hence why I drive a modded Terracan

nice looking rig, almost bought an Explorer but decided on the runner cos it was easier to mod.

The explorer's are a good solid unit and are really comfy to drive.

My wife & I had bought a 1997 XL Ford Explorer in Perth,in 2003,was a great car till went through 4 gearboxs.(Apparently this model was a 'Proto type')Did beach work & tracks (sometimes carrying a campervan) around WA,it broke down different spots around Perth & Lake Grace(in the middle of no were)After lots of money spent(getting heavy duty components installed) we then drove across to N.S.W (were we were moving too)via SA,where we broke down at 3 spots(Port Augusta,Adelaide,Yass N.S.W all gearbox),finally got to Batemans Bay,N.S.W, & the torque convertor packed it in.Then on to Wollongong (Were we where moving to) & gearbox was still playing up.After a while in Wollongong we decided to go down to Tuross Head(southern N.S.W)gearbox ok for a while.One day we decided to go to Canberra via,Araluen North to Braidwood up a steep,winding,narrow dirt road & the bloody gearbox pack it in again!! We had to go back to Wollongong(family stuff) for a while,gearbox fixed but still not ok.After all ok with family we starting to move to Bonny Hills Beach(near Port Macquarie) on way up Mount Ousley Hwy carrying our van,we broke down again in the trucking/slow lane on a bend,not a good place to break down!!!So finally we decided to get a second hand gearbox & you know what? nothing went wrong with it while we had it for the short time that we had it,because when it was getting fixed for the last time we went & purchased our current car a Toyota Prado Grande VX,which has had no probs. BUT you know something that NO ONE could find out what was wrong with the Ford(Ford it self didnt know,also other independent tradesman) I still really liked that car(Explorer)great power,(was good on fuel) very compfy,good electronics,I had all the mod cons on it that you could get(bullbar,spotlights ect ect,so it was decked out great(all that lost money!!!) & YES WE DID HAVE THE CAR DOING SOME PRETTY HARD CORE 4WDING AS WELL!!!!!!

Aldinga Beach, nice spot I lived there when it was all betting built out back in the 70's, went cliff climbing all along Port Willunga area.
It's a funny thing with the X's, either you've got a good one or you don't, no probs with my 2 (98 then 2000) except a fuel pump in 1 & rear wiper motors in the other.

Ah well the X is gone now, we got an old GQ instead now because it's easier to do up & I don't have to baby it quite as much. We really miss all the mod cons though, well Mrs does anyway LOL, & it did have power to burn.
B

Hi there. I'm new to the forum, but i too have a 2000 Explorer. Had a blast in it so far, plenty of bang for the buck. Picked it up at an auction two years back, and spent very little on it so far. Got some cheap "Deestone" brand mud tyres on it now, and have found them great for the $$$. Few mods on it including a "brown wire" mod which lets you enable/disable the control track. You guys probably know about this mod already. That has worked out well. I will put a few pics up.

I'm based in the Tocumwal area, great river drives and tracks up here. Was out yesterday in a place called Woperana State Park about 10 kms out of town on the NSW side. Pretty boggy and clipped a tree with the roo bar coming out of a mud hole, few scratches. Should have got a few photos of that. I pretty much drive it like i stole it, so to speak. More fun that way, and it gets a few screams and laughs out of the kids.