ABC is reporting that a FNQ man used his drone to get signal for his phone to send a text message alerting friends that he was stuck and unable to get out of the bush. The group, four adults and a baby were forced to spend an unplanned night in the bush.

State Emergency Service area controller James Gegg said it was a unique call for help. "He was clever enough to think that if he typed the message on his phone and pressed send that it would keep trying to send until it got reception," Mr Gegg said. "When he broug back down he confirmed the message had been sent, so he did get reception … that raised the alarm and people were able to activate." 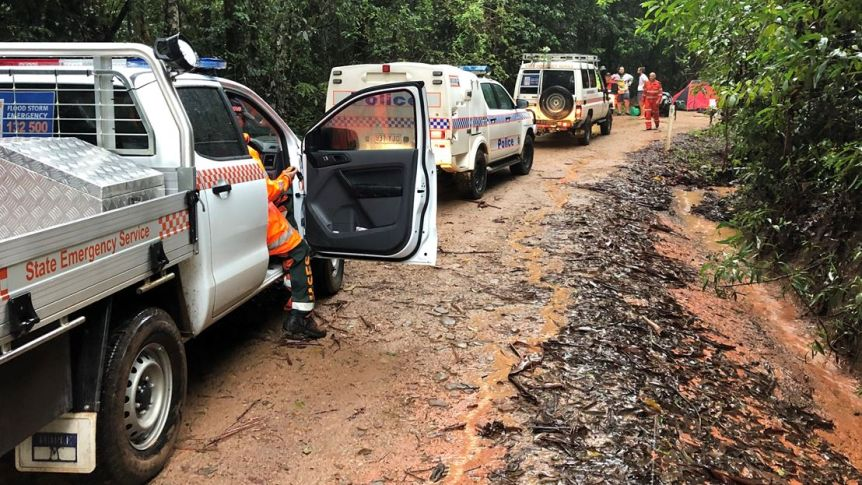 They had travelled up Kirrama RAnge Road to look at the falls, and were intending doing the circuit drive, but increasing rain from Tropical Cyclone bought the creeks up and they attempted a creek crossing.

"Coming back down, only about 20 kilometres from the bottom, they crossed one of the many creeks and unfortunately swamped the car," he said.

"The engine conked out and they couldn't get it going so they got out of the vehicle safely and needed to spend the night as it was quite late by that stage."
Click to expand...

The group camped in a tent on the dirt road as ex-Tropical Cyclone Imogen dumped hundreds of millimetres of rain over north Queensland.

In the light of morning, the drone was launched and the rescue effort began in earnest.

Numerous trees had fallen, blocking their route out of the bush.

"Fortunately emergency services were joined by Cassowary Coast Council staff including a front-end loader, so they were able to push a path through along with SES volunteers working chainsaws.

"The group was very good and extremely happy to see everyone turning up for them, a little bit sheepish I think."

Mr Gegg said the rescue highlighted the need for people to plan ahead for their trips, particularly during severe weather events.

"Obviously in this case the group was very lucky and smart to think of using the drone to get a message out, but without that they would have been staying there until somebody missed them," he said.

"They're fairly inexpensive and they can get an emergency alert out very quickly with your exact GPS location."

Attaching a mobile phone to your drone allows you to fly the phone up high enough to get reception. This is something we have seen @Davidman do a few times at O'Tooles. Send the text, fly up nice and high and when it comes back down, if you've flown high enough you'll see that the message has been sent. It is a poor mans sat phone, and definitely not as good as a sat phone if you need one.

I really considered this one day last year when I was stuck in a little valley I solo tripped into which was a little wetter and steeper than I had planned for. No mobile coverage in the valley and my wife was expecting me to make contact in 2 hours time as there was ample mobile coverage over most of the state Forest I was in. I knew I would be winching solo for a good couple of hours at least and would be over my contact time by a while and she would start to worry. Not life threatening or anything like that so not worth setting off my PLB as I could definitely get out would just take a bit of time.

I had my drone with me and it did cross my mind that I could tape my phone to it and send it up to send a message or even make a call over Bluetooth to the car if it didn't need to go too high or far to get coverage. Had the idea in my head after watching a tv show where a cattle musterer had to fly up high in his helicopter with his laptop and phone to get coverage to download his mustering permits.

In the end I managed to get out and back to some mobile coverage in 3 hours so only overstayed my contact time by an hour so all good in the end and didn't have to try it. Good to know it worked for someone and would be another good tool in the toolbox type of idea should it need to be an option.

Very smart using the drone but very dumb putting people in that situation, wasting resources may be he'll be smart enough to check the weather forecast next time especialy with an obvious ex tropical cyclone hanging around.

A PLB would have been handy.

It’s good they are all safe and hopefully some lessons learned .