Joe Rogan had a guest speaker on the issue

discomatt said:
So the obvious questions
Why has the media gone so nuts on Corona?
what / who is driving the media hype?
Why are they ( the group / business / governments driving the hype )making such a big deal out of it and what do they have to gain from all the hype?
Click to expand...

Theres some great conspiracy theories getting around . Well, it is a thing and a fair few have keeled over before we started to get the 3.5% number. There is also the Chinese Government trying to keep a lid on it that gets the whole conspiracy theorists going off their chops.
The big one is that it is a disease that hasn't been seen in humans, so no one has any immunity and it could go either way. Better to over react and shut it down than have something like the Spanish Flu or Plague loose in the population and discover its a bit more virulent than we thought.
SARS was around a few years back and it was knocking off around 9% of those that got it, it was traced back to bats and COVID19 was thought to be similar. Spanish flu killed around 3%, but it was mainly young adults and Plague between 30-60% of Europe's population ( https://en.wikipedia.org/wiki/Spanish_flu https://en.wikipedia.org/wiki/Black_Death).

discomatt said:
So the obvious questions
Why has the media gone so nuts on Corona?
what / who is driving the media hype?
Why are they ( the group / business / governments driving the hype )making such a big deal out of it and what do they have to gain from all the hype?
Click to expand...

I think it is a case of the media being "On the ball!". What I mean by that is the media will latch onto whatever story is of public interest/the story the public want to hear about. So imo it is the general public driving the hype! Really, just look at the panic buying of toilet paper, off all things!?
One could ask questions about, "Would it be better if the media were encouraged to 'tone down' their coverage?" and risk being met with claims of "interfering with press freedom!".
I assess this situation seems to be about actions to prevent fatal infections of older people, who appear most vulnerable (or am I 'off the mark' here?). I'm happy with actions to save lives; but I guess the next question government may consider is, "at what price?". How much damage to the economy are X number of lives/people dying from Covid-19 worth??? (This is a complicated issue! Economy goes to crap, businesses close down. Some folks even end up committing suicide because they can't manage/see a way forward?). It's 'funny' (strange) how governments go to war and sacrifice thousands/millions of lives over less!??? (minor border, religious, economic, political/power issues). What a mess!

Not often I laugh out loud.....hahaha 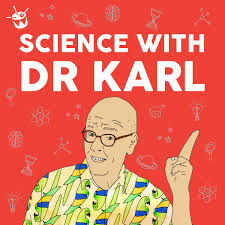 What's the science behind all this toilet paper buying bullshit? Dr Karl answers this question and more on triple j Mornings, with host Lucy Smith.

greysrigging said:
Not often I laugh out loud.....hahaha
Click to expand...

Was ment to put it in the jokes, or you recon this one. Yer l got a laugh out of it.

I’ve noticed out of all the people on the news standing in line at these hospitals that want to be tested for this virus, NOT ONE PERSON has a toilet roll just in case...
Maybe there ALL wearing Depends . PM sayings there all prepared, we can't even get bog-roll.

dno67 said:
PM sayings there all prepared, we can't even get bog-roll.
Click to expand...

No bog roll no problemo you may just have to go French for awhile..

Swaggie said:
No bog roll no problemo you may just have to go French for awhile..

Haha, lm good mate. Got a hose and a shower if it comes to that.
Just love the bullshit spin that constantly gets fed to us. News, government, social media, and advertising. Its mine field out there. I believe it was the PM that sprooked people should stock up some weeks back, now look whats happened. Iol

The amount of misinformation and armchair experts getting around with this thing is ridiculous. People blindly quoting stats (which are usually already out of date by the time they're copied/pasted, or were blatantly incorrect in the first place) and swinging between massively alarmist crap or completely downplaying it..

Getting a bit sick of it TBH. It's not the end of the world, but it does require a strong (but measured) and appropriate response. A little bit of common sense goes a long way.

Didnt his spaceship on the way to the moon blow up too? Apollo 13.

There in lies the problem

Albynsw said:
There in lies the problem
Click to expand...

I just went to Woolies Karama for a shop up.... business as usual I would say, no signs of bulk panic buying ( yet ) other than a few not so well stocked shelves. No 'run' on the bottleshops yet, but when that starts I'll then know sh*t is getting serious.
ps/- I have filled both long range tanks in the Hilux ( 260L ) for Justin ( just in case ).
You must log in or register to reply here.
Share:
Facebook Twitter Reddit Pinterest Tumblr WhatsApp Email Link
Top