The seller fitted a a second hand spare in the same size, Bridgestone MT, as the spare, which when I lined it up against the tyres on the car were pretty much the same diameter (as expected).

I haven't needed to use the spare but thought I should reacquaint myself with the process. COVID Lockdown, what else are you going to do. When mounted under the car the spare was hard up against the Hayman Reese towbar, the other side was fouling on the brake hose carrier which is attached to the rear diff.

This creates a couple of potential problems.
1. Breaking the brake hose carrier bracket. Although not great, this doesn't appear to be stressing the bracket too much. The rear of the bracket has been polished up by the movement rubbing it against the tyre.
2. The bracket wearing a hole in the tyre. - the tread in that particular location was worn down a bit but looked ok. I've done a couple of decent trips, but not heaps of corrugations. I'm guessing with large amounts of corrugations it could turn out differently and damage the tyre, possibly rendering the spare useless.

The car also has a 2 inch lift.

The only practical way I can see of resolving this clearance issue is moving the hose carrier by a small amount.

I'm wondering if others who have the same, probably what is a similar trifecta of upgrades on a PX Ranger, bigger tyre size, tow bar and lift.
Did you need to make any adjustments to fit the bigger spare?
Is the forward side of your spare rubbing? Have you checked it out?
How did you resolve the issue?
Last edited: Aug 29, 2021

What is a “hose carrier”? Do you mean the bracket holding the brake lines?

CTL said:
What is a “hose carrier”? Do you mean the bracket holding the brake lines?
Click to expand...

Picture would’ve been worth a thousand words.

You could try deflating the spare to give more clearance. Would need to carry a compressor.

Got one. Do people do this? Thought about it but thought there might be down side.
How low would be safe to carry the spare and prevent the bead from breaking?

I drive on the sand as low as 8 psi.
The tyre could be completely flat and the bead would not come off without pressure being applied

John U said:
Got one. Do people do this? Thought about it but thought there might be down side.
How low would be safe to carry the spare and prevent the bead from breaking?
Click to expand...

Heaps of people do it, well heaps of LR owners who want a bigger tire and have no rear carrier so still keep it under the car, even deflated the bead will not fail while under the car, just air it up before putting the weight of the car on it. Although that may be more to do with LR rims but I am not going into that due to anti LR sentiment that prevails here
It would also be very easy to just move the brake line a little bit, I wouldn't leave it as is though if you plan on driving any considerable distance off road

With the bead set on the rim, I don’t know if deflating it would be enough to stop the contact. I think you would be better to relocate the line and you know you are good

I would have to agree with Alby. Shouldn't be hard to have the lines relocated a little higher and weld another bracket onto the diff housing to secure them to.
They usually have a steel brake line with flexible hoses at each brake drum end to allow for axle travel.
M

Bead breakers were invented because breaking the bead on a deflated tyre is always a real bastard of a job. There's fat chance of it coming off the bead just sitting in the spare wheel carrier.

Think I'll get the line relocated. Just to remember to ensure that the new location has enough clearance for suspension movement.

Will deflate the spare until I get the job done.

Thanks for all the input everyone.
D

Is it sensible to add some air to the tyre before changing ?

For reference that tyre size fits with a factory towbar no problems. Might be something in that?

cam04 said:
For reference that tyre size fits with a factory towbar no problems. Might be something in that?
Click to expand...

Edit. Would’ve thought the Hayman Reese tow bar I have would’ve been pretty close to bog standard. Maybe it isn’t.

John U said:
Edit. Would’ve thought the Hayman Reese tow bar I have would’ve been pretty close to bog standard. Maybe it isn’t.
Click to expand...

Most rangers come standard with a Ford towbar. The aftermarket will no doubt be offering higher clearance bars than the factory ones which are grader blades off-road. The trade off of that is being seen here.
D

John U said:
Edit. Would’ve thought the Hayman Reese tow bar I have would’ve been pretty close to bog standard. Maybe it isn’t.
Click to expand... 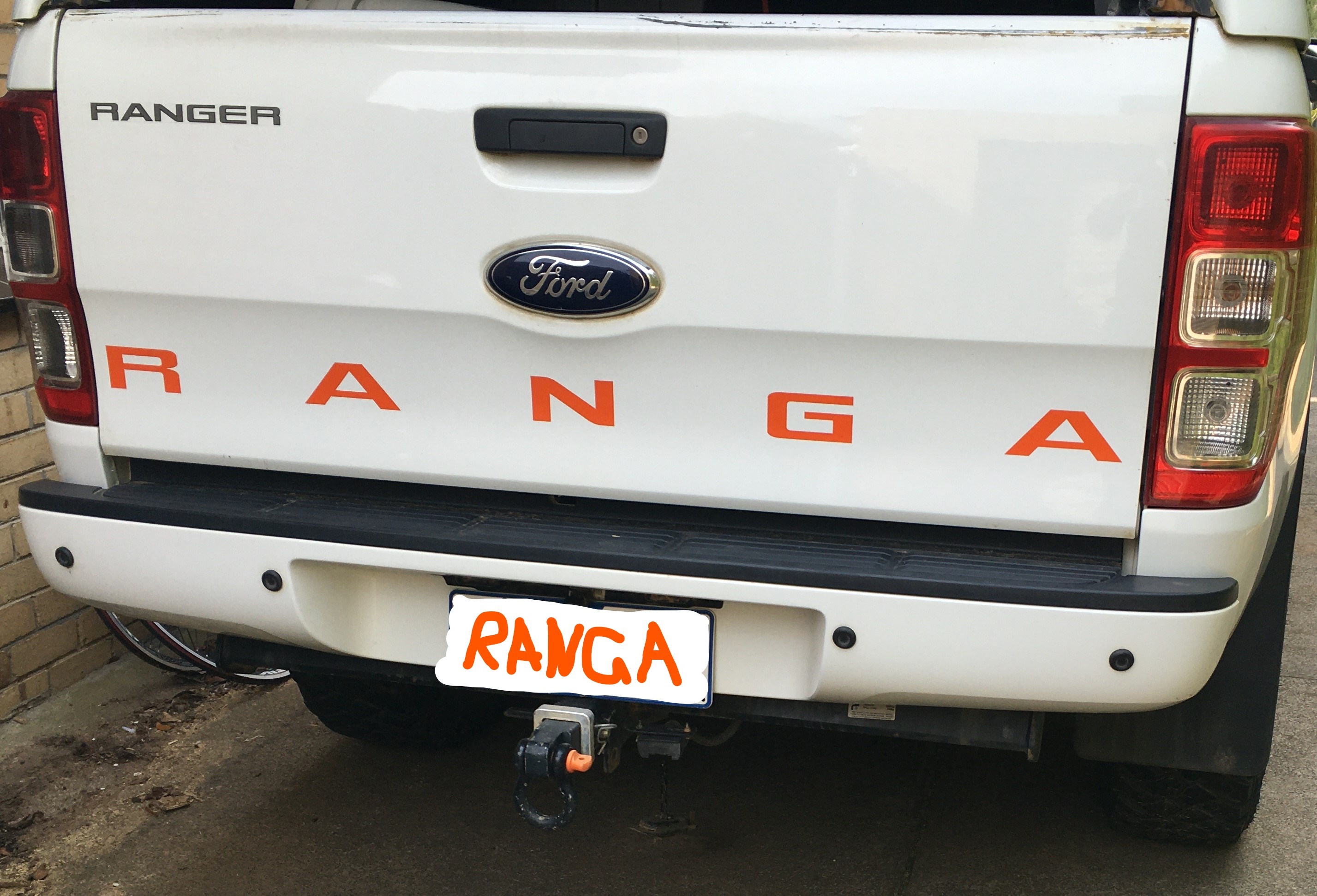 Part that was rubbing on spare. Given that rigid pipe is attached to one side of the bracket it might not be as simple to move as I thought. 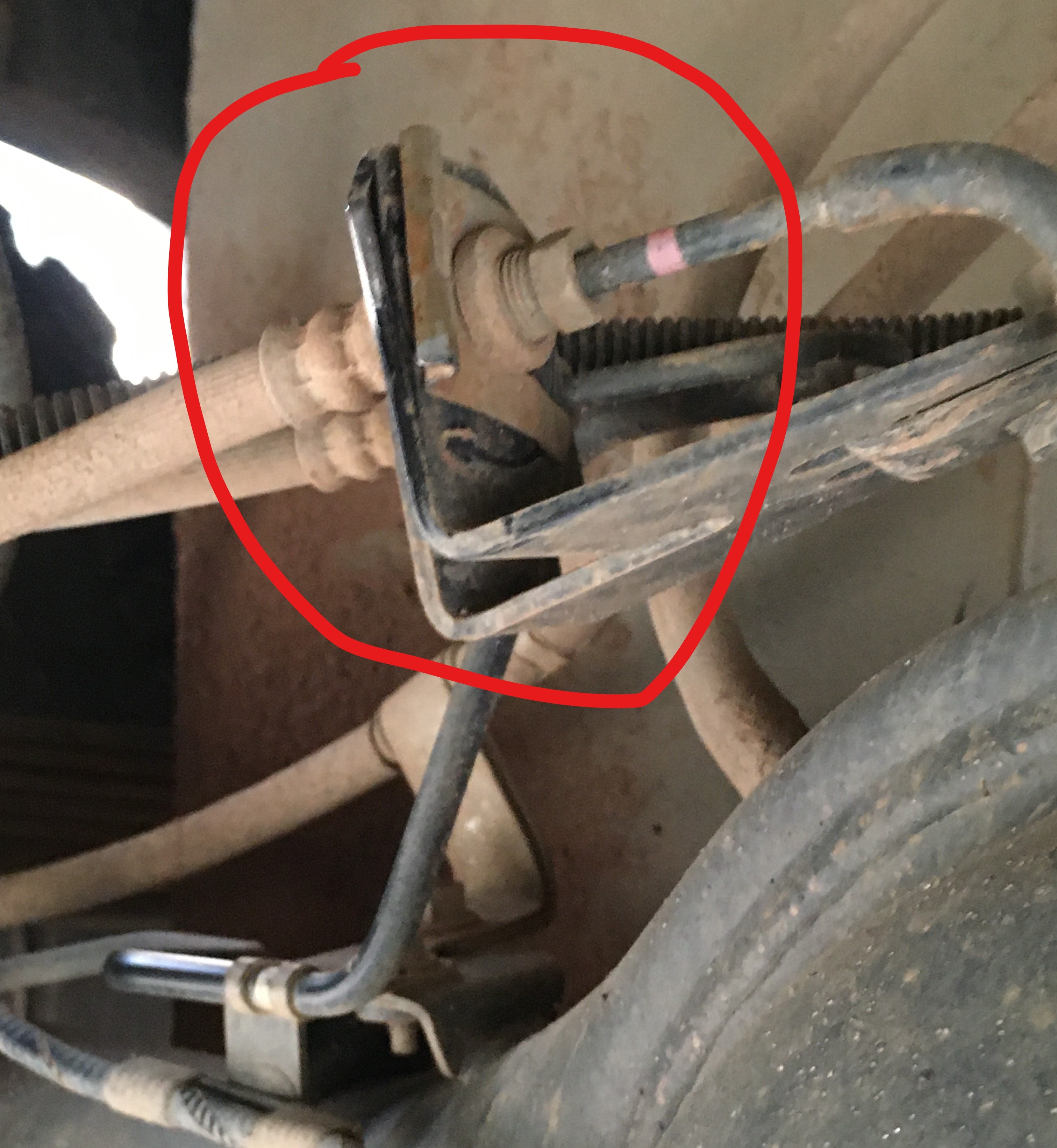 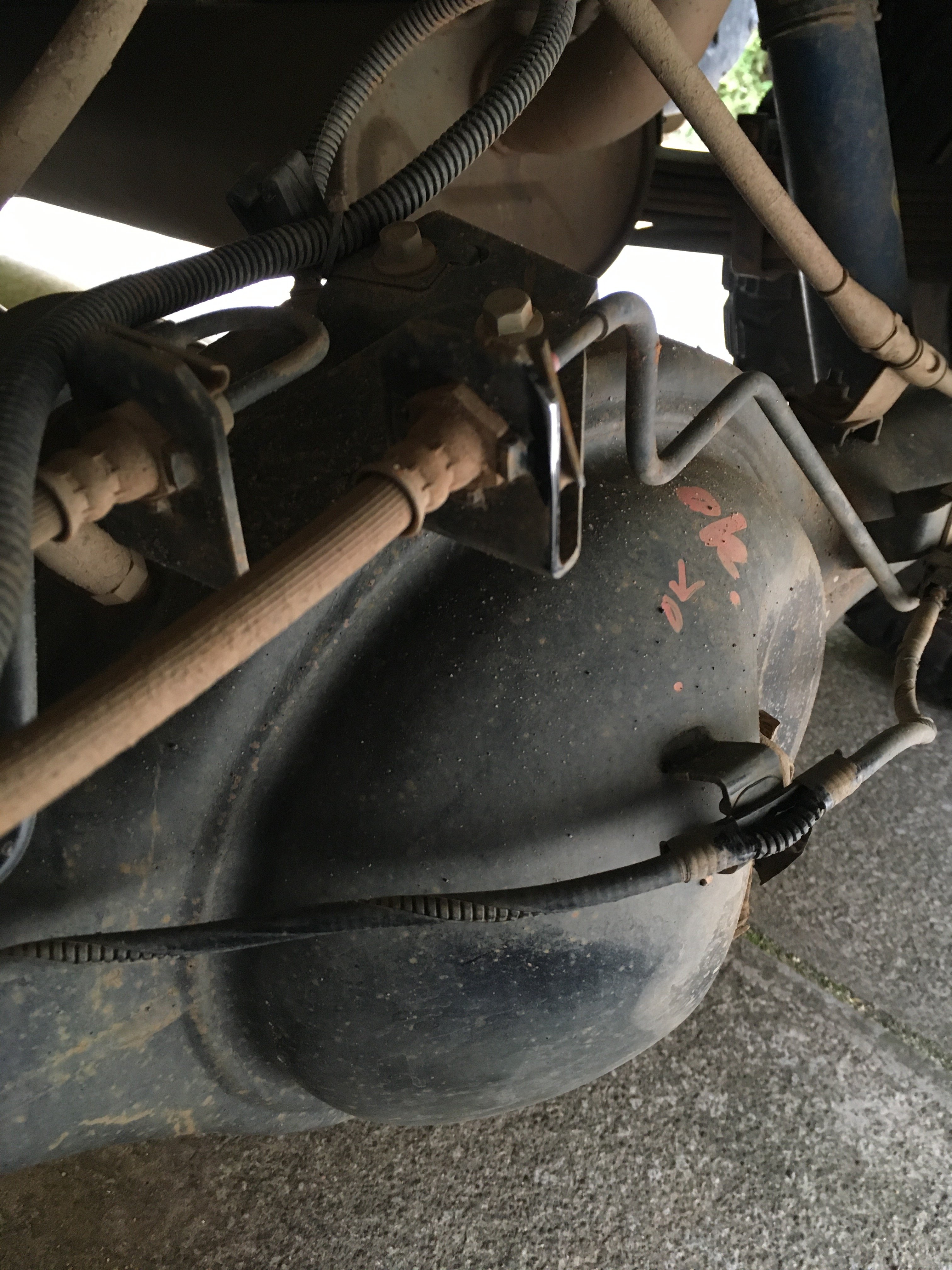 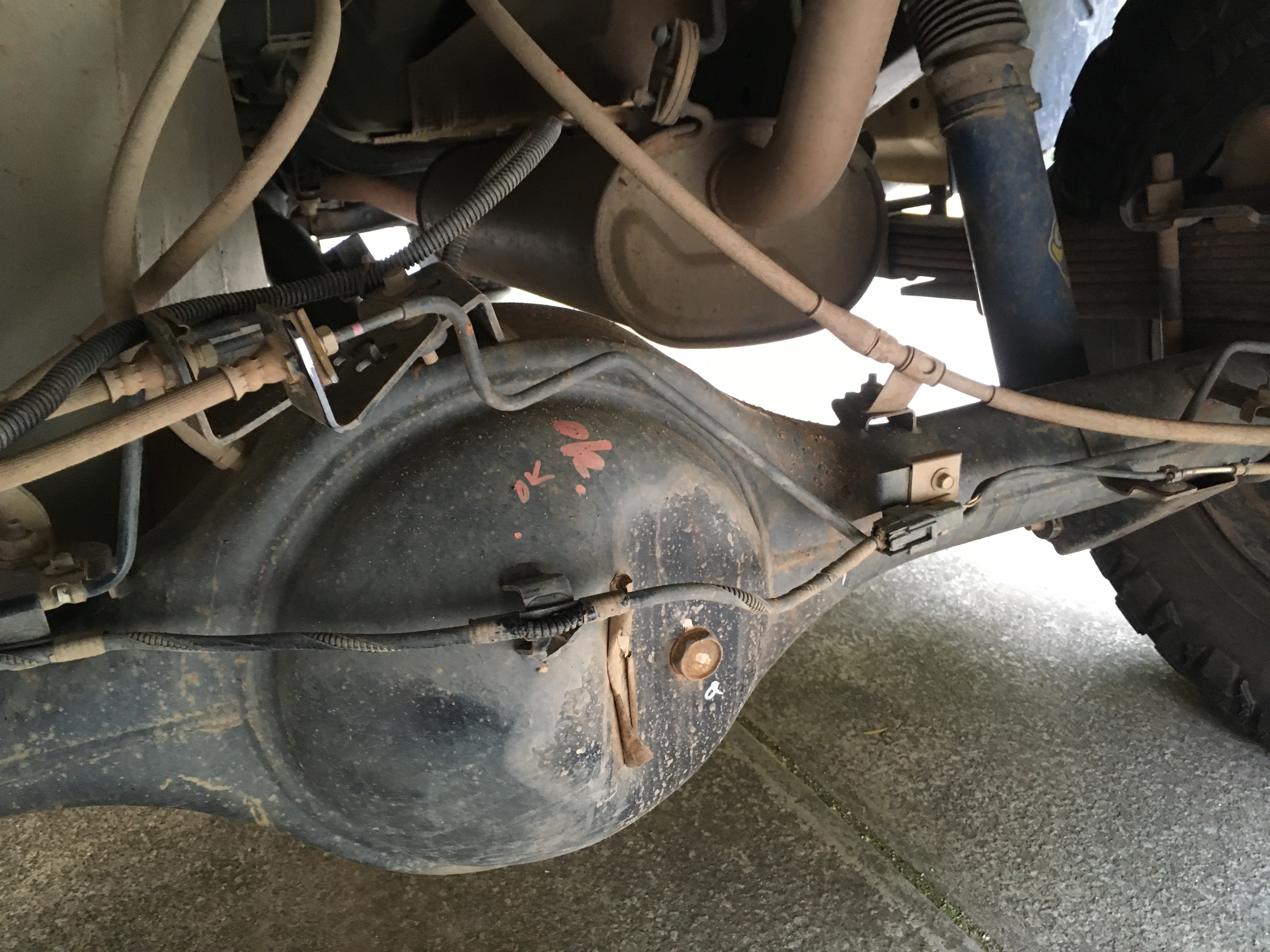 Tread damage. Only slight, but concerned how this might turn out after long sections of corrugations. Looks pretty minor at the moment. Probably been like this for about 10k kms. Excuse the dirty fingernails. Am I over thinking tis altogether? 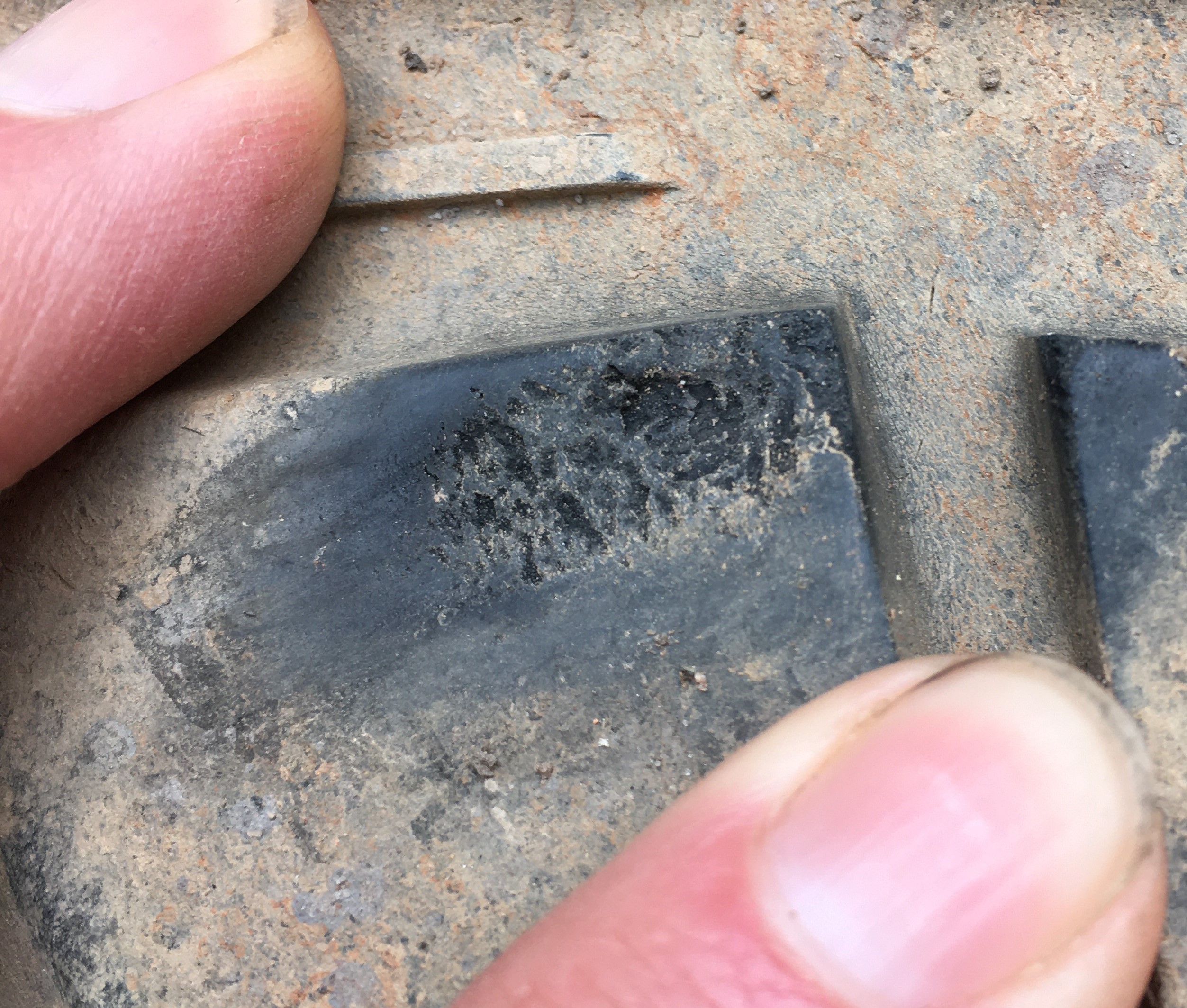 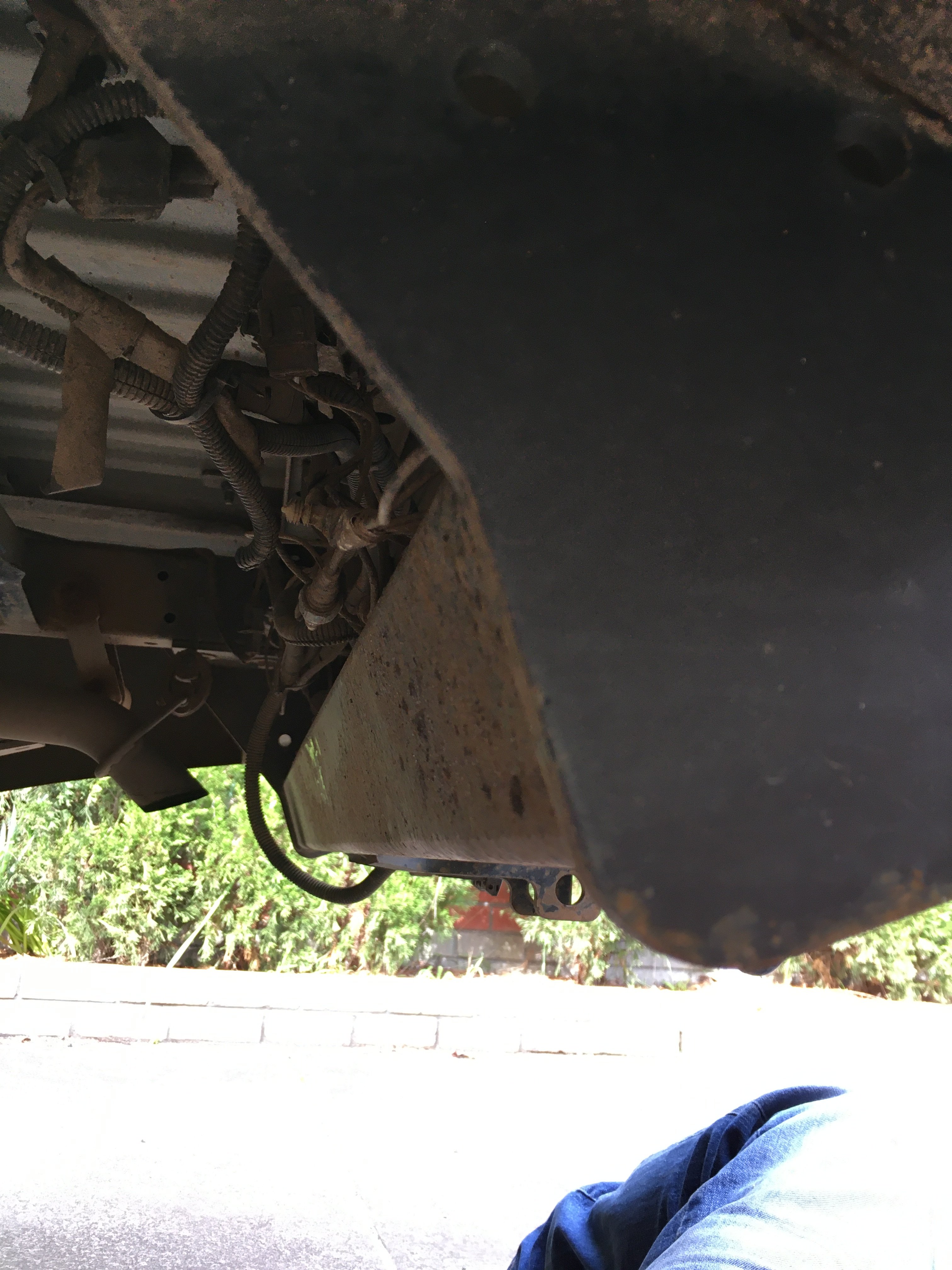 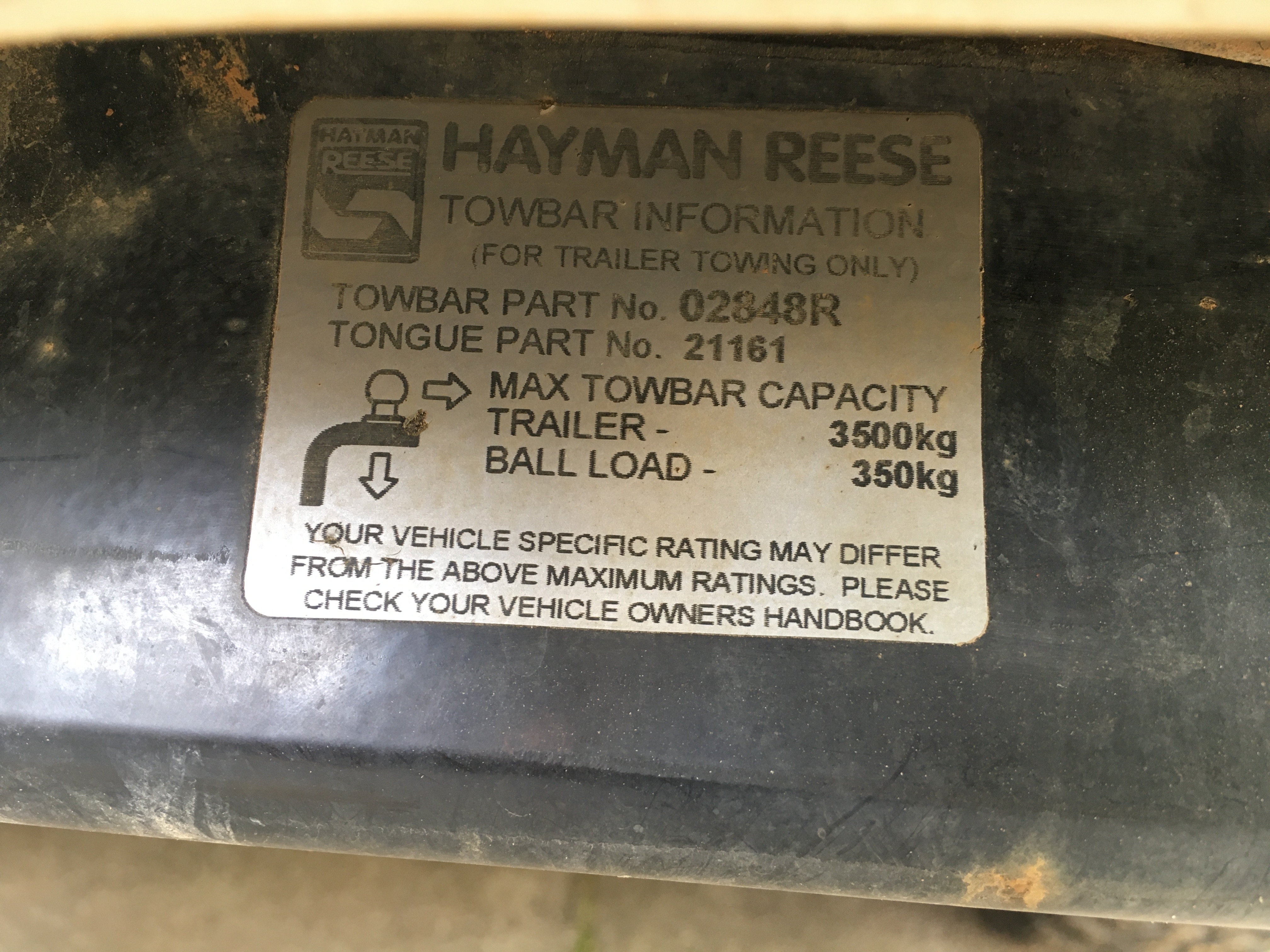 Looks to be this one, heavy duty.

This site show the HD towbar to be curved slightly out which probably would've created enough clearance to be sweet. How far do think you need to move the bracket to clear the Tyre? There is usually a bit of movement in those rigid pipes If not a brake specialist will be able to bend/ move it no problem or make up a new piece that f necessary
You must log in or register to reply here.
Share:
Facebook Twitter Reddit Pinterest Tumblr WhatsApp Email Share Link
Top