Adding a winch to an Everest

Hi all, I've had my 2017 Trend 4x4 since new and put off fitting a bullbar till I could source one that I like the look of. I have just ordered an Extreme Series XI bar which is a similar design to a Rhino. I pick it up in a few weeks. I have ordered a pair of 9 inch Kings LED lights and would also like to throw in a winch. Can anyone tell me if they have put a winch in one of these bars and if so what size and make? The same bar fits the Rangers too. Cheers. Hi Swaggie, yes mate that's the one. I didn't want to put a normal bar on it as it's not a truck that I'm going to be plowing through the scrub in. It's mainly so I can have decent lights and mount an aerial on. Supplied for $2,200 and will fit it myself. Also ordered a Runva 11XP winch and pair of 9" Kings Domin8R lights. I gave the supplier a call and they had fitted an 11XP to one previously with no problems. Looking forward to the bolt up. Will post a photo or two once it's together. Cheers.

Finally fitted the bar and winch. Still waiting for the fog lights to arrive. They are included with the bar but didn't arrive at the same time apparently to do with the virus so they say anyway.
The bar came in black but I decided to try and colour match it to the car, much easier to do before fitting it rather than after!

I reckon it turned out pretty well but, fitting it was nothing like the instructions said. Nothing was straight forward. There are photos of one fitted to an Everest on their website but they must have had issues fitting it like I did. For starters the tech pack sensors don't fit so you have to enlarge the holes and remove the plastic sections which are moulded into the original bar. Then you have to glue them to the steel so you have somewhere to mount the sensors. I'm guessing the only other solution is to buy and fit Ranger sensors which is possibly what the other Everest owner did.

The winch fits in really nicely too but, there's not enough space between the grille and the hoop to mount the control box. I didn't particularly want to cut the grille but ended up having to. The solution was to mount the controller onto the top of the winch which is possible as they supply the additional bracket for mounting that way. I then had to cut the grille either side of the controller. The grille is also an issue as it normally has 2 bolts mounting it to the top, a couple of plastic clips around the mid section and it clips into the original plastic bumper bar in several spots making it fairly rigid and secure. Because the bumper is removed completely and the centre section is trimmed off you only have the 2 bolts at the top to secure the whole grille. So, I had to manufacture brackets from aluminium to fit to the bottom of the grille in order to stop it from flapping in the breeze. It turned out okay but it was headache after headache from a fitting point of view. I'm semi retired and have plenty of time and a second car which is just as well as it's taken me the best part of a week to get it to the point where it can be driven without bits falling off.

Would I recommend the bar? Yes, as long as your'e prepared to put in a lot of time fiddling with the bits that are meant to be simple but aren't. They say it's a 2 1/2 to 4 hour job. That's a load of crap. I reckon I spent more time than that just trying to align the gaps in an attempt to make it sit right on the car.

Anyway, I think it looks pretty cool as far as bars go and I managed to do it all by my lonesome. With this virus about I couldn't ask anyone to help me so had to set the bar up on trolley jacks and stands which was a challenge.

I'm going to let the manufacturer know that they need to make a few changes to their instructions for Everest owners. I would imagine if I had paid someone to fit this bar it would have cost a fortune. 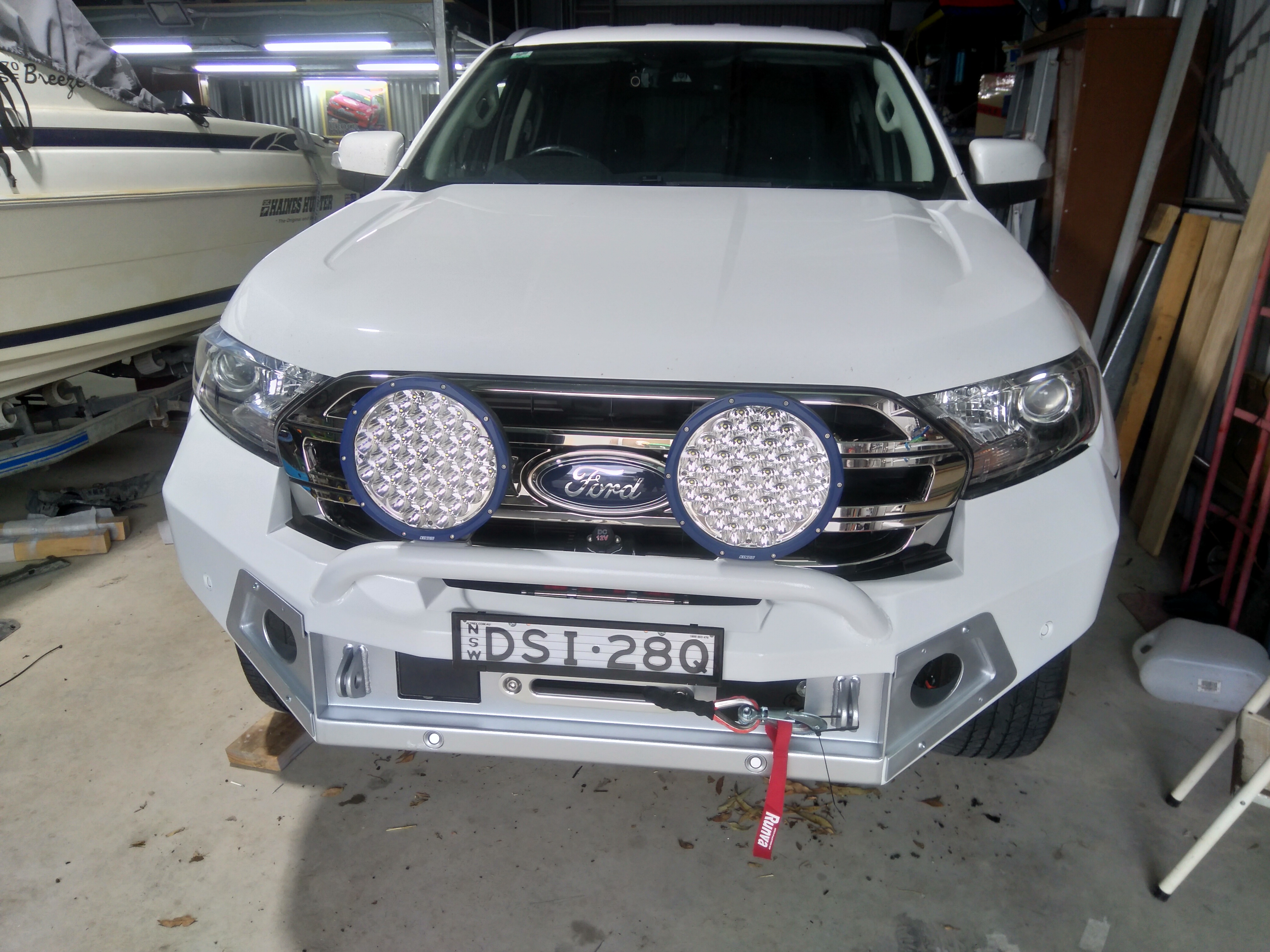 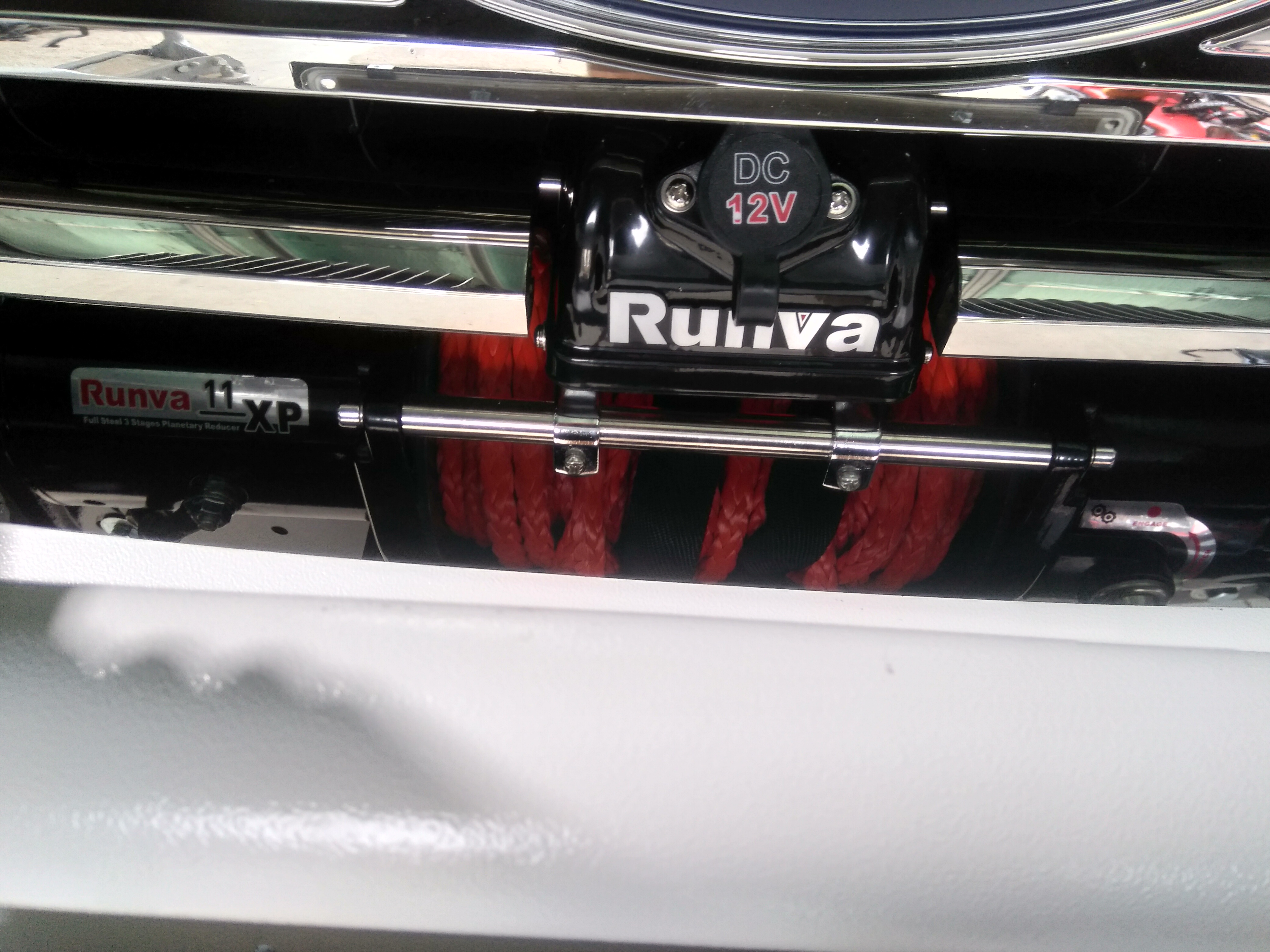 Did you ever consider putting the box under the bonnet?

a1bert said:
Did you ever consider putting the box under the bonnet?
Click to expand...

To be honest I didn't consider it. There's very little room under the bonnet. I was flat out finding a spot for the isolating switch. That even meant having to trim plastic as you can see in the photo. I would love to be able to fit an extra battery under the bonnet is the last place that you could put one. That's one of the down sides to some of these modern 4x4's. Too much tech and engine bays crammed with plastic covers and sensors. Your flat out running extra wiring let alone fitting accessories. That's progress. 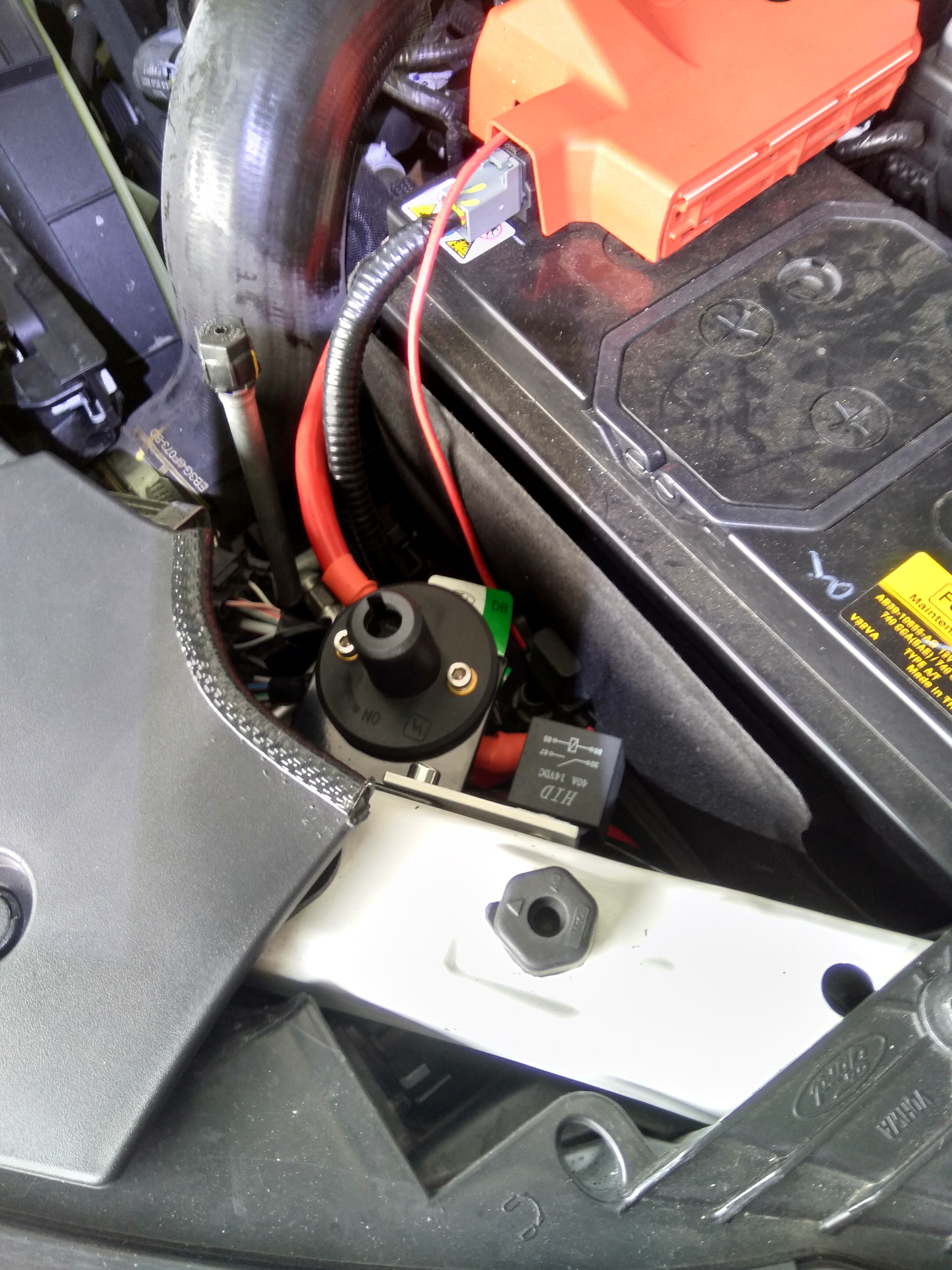 As you can see, there's not much room this side and just as little elsewhere. Just got to make sure nothing rubs through. Time will tell.

I do like the look, it's improved the approach angle dramatically too so should be better off road.

I try to make things look as if they were made that way. Unfortunately I had to cannibalise some bits off the original bar to make it work so the old front bumper will probably end up at the dump and not eBay.