Hi. As some of you are aware I found and recovered my mates Stolen 1997 jackaroo auto on the Creb track a few weeks ago in wich they cooked the auto traversing the creb in High range in Drive on the way to there camp . (this is a common route for stolen 4x4 as it dodges the barge)
Insurance wrote the car off but due to its age its not recorded on a register. Its been bought back and today we bought a complete Jackaroo to make one good one out of two . This 2nd one is the same year and even month but this one is Manual .

I will be doing a manual conversion to the auto jackaroo .

Just wondering if any one has specs on manual gear ratio on t/cse and diffs. The donor car has done heaps more kms and I was going to keep as much of the auto driveline as we can . Hoping to use auto tcase if its the same as it will save me rebuilding it too like the gearbox will be . I have not even looked yet , Cant see it for grease lol . The whole car cost 900 with a blown head gasket . Thanks for your help.

The isuzu page on australia4wdforums is pretty active and may be able to help.
I spend a bit of time here http://www.planetisuzoo.com/. If you can work out which isuzu it is they will have all you need
Good luck

Hi Muc which engine do they have in them 4jg2t or the hole in the pocket 4jx1 engine or 3.2 petrol
With the gear box manual is shorter than the auto so the gear box mounts bolt on to chassis in different place I know a few guys in NZ have changed from auto to manual boxes in bighorns which is a jackaroo over here also done it in the wizards and mu's the good thing is with a donor truck you already have the tail shafts front and back to use they are different lengths manual is shorter in the front and longer for the rear diff ratio should be the same 4.3 diffs
I'm not sure about transfer case bolts up from auto to manual box ask on club Isuzu site .

Thanks Jacnden and Stardog. So far i have rebuilt the gearbox and tcse for him . what a mission. most gearboxes and tcses are disconnected in the middle but not the mu-a5 . Its integral and bloody heavy to handle around on the work bench and press. I used high velocity bearings(actually they are just like they used to make them in the 40s before they learned how to make bearings molten hot and crudely crimp them ) to reduce shaft play and extend life . After drilling 32 holes and a few grinder cuts off the donating parts car the transmission mounts came off with the persuasion of a Air Chisel. Nothing stops a Air chisel . I have cut car bodies up with them so they can be man handled and taken too the dump. Anyway here is a photo of the kind of bearings i used as found in the tough tow master series of gearboxes used by specialist builders and the pesky bloody brackets i had to weld on to his Jackaroo.
That was not fun .
I hate laying in weld splatter and a well fish-oiled undercarriage didn't make it any easier . Even ground off the fishoil left residue that resisted welding like a non stick frying pan does eggs until it was heated up and cleaned again . Smoked poured out of the chassis as the fishoil came back to its fluid state and burned inside . Had to have a fire warden on site lol . I already had the tcase back in held up there with a 2 inch truck tie down strap so i bolted the transmission member in and clamped off the brackets all in one piece so there was never going to be any misalignment issues later. Hopefully nothing else will cause any issues. OH Don't ever use the stupid PLASTIC clutch align tools that look like a gearbox shaft that are sold with some kits as they bend under the weight of the clutch . Use a steel one that looks like a gearbox shaft or a universal one . This wasted a fair bit of time and energy . we ended up using my old universal aussie made clutch tool that i have had for 25 years. Buggered to know why i never used it to begin with .

I modified my engine crane with a top section off a transmission jack that i bought for $50 so now it lifts engines out from the top and pushes transmissions in from the bottom . Straddles my 2 post hoist hydraulic cables and plate on the floor at home nicely.

I know about the loop to be made in wiring to delete neutral safety switch . I nee dto find a 5th gear switch and a clutch switch to get his cruise control operational . I know one thing , i would hate to do this conversion without a parts car in the same yard. 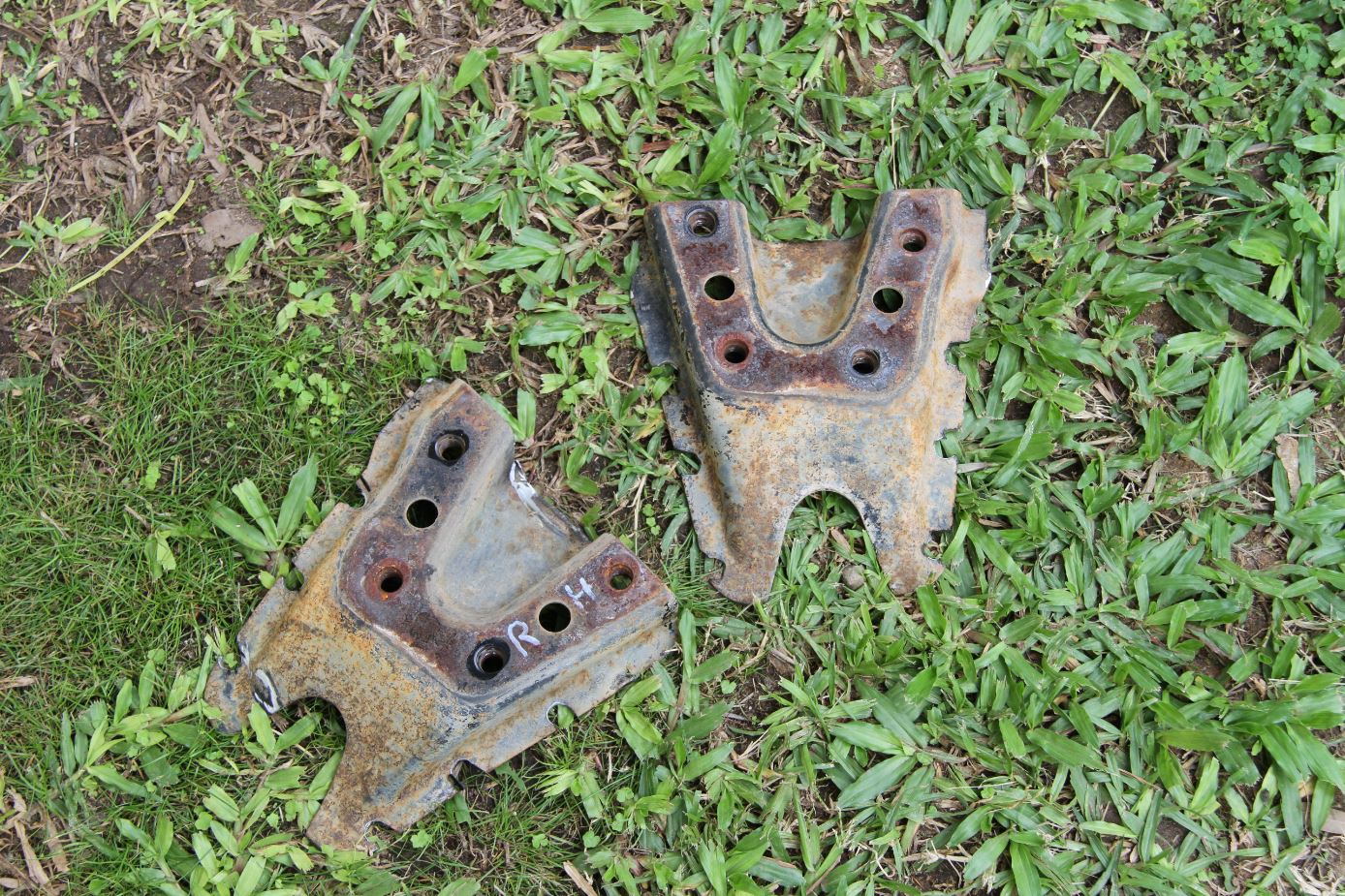