It's 'possilbe' digger, but wouldn't say recommended, track is quite tame, the size could be an issue. Camper trailers no problem. It's a one lane track (a couple spots to pull over if oncoming comes by), cliff up and down either side. No hairpins so 'possible' but still some tight sections. Take it easy and you could get it in, as Bushy said it's a 2wd track, a sedan can get in if they really wanted to, but still wouldn't recommend a big caravan. Something like one of those wind up Jayco's would be fine.

Do have to remember though, there is a big long steep hill going from Dargo to the turnoff to MacMillans (tarmac), but even without towing, your down in a low gear going up. The 'Long Cutting' as it is signposted goes for 5-10 km's (closer to 10 I think).

There's about 15kms of 'dirt' track once off the Dargo Rd/after the cutting. Probably half of that is one lane wide (which starts right at the Collingwood spur fork), before that it's fairly open.

As Matt said, do -able BUT I wouldn't be too keen on bringing a long van in down the 16 km dirt downhill into Talbotville.
Yes the track is technically 2wd access but I recall last Christmas that after a week of lots of vehicle traffic (no rain just heat and dust) it did cut up quite badly and there were ruts and rocks showing up in all sorts of spots that weren't there the week before and was noticeably rougher on the way out. And if we get rain it could go pear shaped quickly.
Just my 4 c worth.

Thanks for the info.

Digger, think you would really struggle to get a van that size in. As Outrage & others have said, track is not difficult but gets very narrow in places. There were a few places where a group of us had to be extra careful & we were only towing camper trailers. 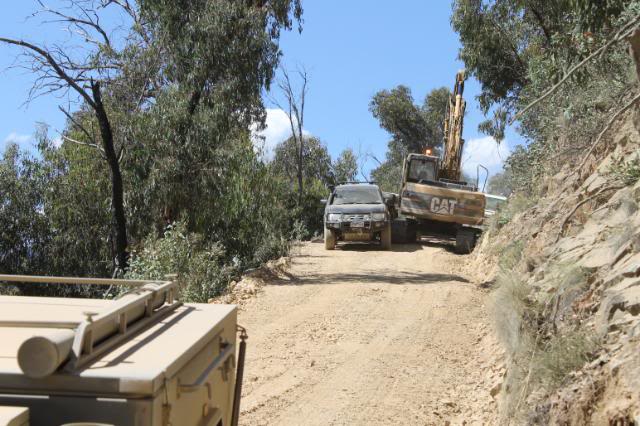 Agree with Outrage in that the climb from Dargo to McMillans will 'test your sense of humour'.

allanmac said:
Agree with Outrage in that the climb from Dargo to McMillans will 'test your sense of humour'.
Click to expand...

and around the last corner
another bloody hill!
was not fun in a car that liked to overheat!

Digger, we have been into Talbotville a few times now, twice not towing any kind of rig and once towing an Ultimate Camper Trailer. We also own a 25 ft plus semi-off road caravan and there is now way on earth we'd consider or attempt to tow the caravan into Talbotville.

As already been said the road in for the most is an easy although in part a steep 2x4 dirt road but if wet the dynamics change dramatically. There are a few sharpish bends in the road that are bordered on one side by an almost sheer vertical cutting and the other side by an almost equally steep drop off. In my opinion and experience there is no way a caravan of that size could safely be towed into Talbotville, if it was possible we'd take ours in a flash.

At best you could end up stuck on one of those bends with no way up or down, at worse you could end up over the edge and a long and deadly tumble to the bottom. Take the tent or a camper trailer, it's a great camp site, you'll have a ball

Even some 4WD's have trouble on McMillans Track 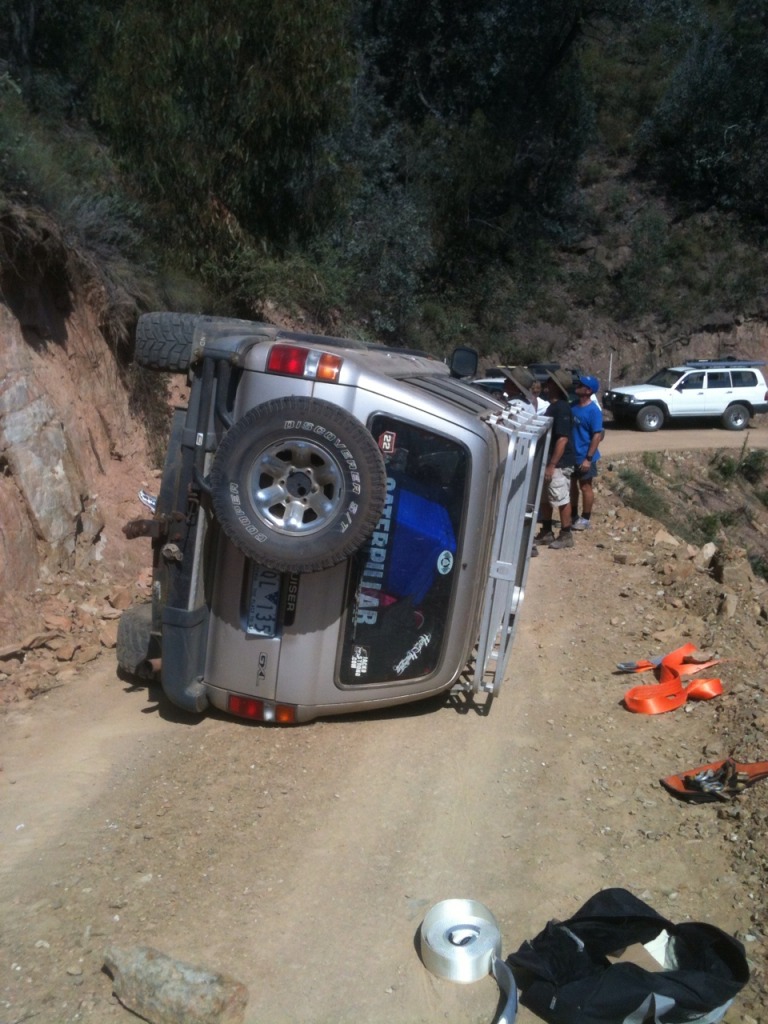 Going though everything to make sure we don't forget anything.
Booked in at Eden Monday night,then at Lakes Entrance Tuesday Night.
Talbotville Wednesday lunch time.
Getting EXCITED NOW!!!!!!

Just a thought for everyone, if you haven't done so or are unsure of how to get in, it wouldn't be a bad idea to start organizing your convoy groups in so you all meet up where needed....

Leaving from Mooroolbark area possibly Wednesday 14th Nov morning, 2 families convoy if anyone living around this area and want to leave together... PM me to organise! Aaron


Sent from my iPad using Tapatalk

CHUAH1 said:
Leaving from Mooroolbark area possibly Wednesday 14th Nov morning, 2 families convoy if anyone living around this area and want to leave together... PM me to organise! Aaron


Sent from my iPad using Tapatalk
Click to expand...

What time are you leaving ? Could meet you along the Princes somewhere ,

Grumpy, get them to complete rego form please.

Yeah no probs just letting you know they maybe there in case Mans needed to know for her kiddy section.
R

I Will be leaving from Mobil S/Stn Pheasants Nest at 00.15am Wednesday Morning travelling down the Hume to Talbotville UHF chn20 anyone welcome i would enjoy the company Ray

Don't forget, camp UHF channel is 25 which is the same one we are encouraging people to use as they travel up and down McMillans tracks between Talbotville and Dargo.
The lower half of the track is fairly narrow in places and with the volume of traffic we expect over the course of the weekend we encourage people to call on ch 25asyou head up or down it so others are aware of the possibility of meeting another vehicle/s on a blind corner etc.

Grumpy said:
Yeah no probs just letting you know they maybe there in case Mans needed to know for her kiddy section.
Click to expand...

ray said:
I Will be leaving from Mobil S/Stn Pheasants Nest at 00.15am Wednesday Morning travelling down the Hume to Talbotville UHF chn20 anyone welcome i would enjoy the company Ray
Click to expand...

Hey Ray,
There's a group leaving the Central Coast at about 10 pm Wednesday night as far as i know,they will be traveling down the Hume Hwy as well. I,m thinking they will be at Pheasants Nest around about midnight.I will get the CONVOY LEADER to post something up.We will see you down there as we are leaving on Monday morning n going via the Coast.