Dusted means dust ingress past the little panel filter they run. The left turbo is the first to go. They have made improvements in later series but this thread is about buying a second hand one, so relevent. As is mentioning starter motors and alternators being stuffed wherever they fit rather than where they should be. As stated, most are ok but if buying a pre loved version I'd be looking hard at how it has been used and not assuming anything. Also talk to turbo specialists about sludging the turbos. Motsons recommend oil changes at no more than 3 months on that motor due to those issues. That in itself is expensive if you don't do big miles. They aren't a high compression diesel motor of the old school, and most people who buy a new gxl/Sahara would have zero cares about this stuff, they just get another one at the end of the lease. Not saying don't buy one, just saying at the price/age bracket this thread is about, the above points had better be on your radar or you could get bitten like my mate did.
B

I agree that there are lots of reports of fine dust in the air filter. It actually happens to every 200 and 70 as well I think. And yes some people think this a problem. It has been raised many times. There is a massive thread on this on LCOOL. I'm not sure if it's a problem or not, Toyota claim the dust is too fine to do any damage. Though I would rather it not there and hence a snorkel. Having said that many have done 500,000km or more.

Is there correlation between that dist and failures? Who knows.

Starter motors and alternators. LOL that problem happens a lot on forums in friends cars but it is basically unheard of in thousands of owners on LCOOL. The rumours are mostly from mechanics at mine sites. I can't recall reading about anything other than a small handful of either of these failures in 9 years of reading the 200 forum almost daily despite reading about 'friends vehicles' having the problem regularly on general 4wd forums. It definitely isn't a systematic problem.

IMHO the biggest issues in old 200's were oil use - check the toyota scavenge pump has been installed, the steering racks up till about 2010 went occasionally, and yes there have been some turbos. 15 - 20 maybe?? Interior dust ingress is probably the biggest issue, check for that in the rear near the jack, 6th gear could be better, especially if you have 33" tyres, and lastly don't chip them - IMHO that seems to be the major cause of problems by a long way.

Deep mud is an issue for altanators as they sit low, In saying that never changed the one on my 70 and I did plenty of off-road work.

As for the starter motor being suituated in the valley, this can bean issue for mine vehicles that don't see daylight a lot as they never dry out, for us regular users it's not an issue just don't wash your engine bay frequently and park it straight away you need to get the motor hot to let the moisture eveperate
B

I know I'm banging on about this but I keep reading about the alternator problem and the starter problem on generalised 4wd forums but not on the 200 forum. I think there was one guy that got bogged in a salt lake crossing the Simpson that had a failed alternator about 6 years ago on LCOOL but that's all I can recall other than generalised comments aside from actual 200 owners. I'm not saying it doesn't happen, but if this issue is as common as comments on 4wd forums would make you believe, how come a forum dedicated to the vehicle and it's owners is void of the issue? Maybe it's a 70 issue in mines etc. I don't follow the 70 owners thread.

I can say that alternator and starter motor failures not even a remotely, tinsey winsey common problem in 200's.
Last edited: May 12, 2017

Nope not a huge amount of 70 owners harping on about these 2 issues,

Forgive my ignorance but is a scavenge pump the same thing as a catch can?
B

To tell you the truth Zorba, I'm not 100% sure what a oil scavenge pump is, but it is a genuine Toyota part and definitely not a catch can. I think it may even be a fancy name for oil pump. In the early models, up to around mid 2009, many 200's used excessive oil. For example mine used about 1l/1,000km. Toyota did a free upgrade that replaced that pump. After that upgrade and post mid 2009 models generally use about 0.5 - 1l / 10,000 km.

If Toyota did this replacement would that infur that it was a recall or that Toyota does this exchange on all of these earlier models?
B

There was a thing call "oil watch" You had to complain to a dealer and they would top up the oil then measure it over a thousand or so kms. I recall now it didn't affect all 200's.
Z

Thanks for that info. If I buy a 2008 then I will monitor oil consumption and if it seems odd I will talk to Toyota. I suspect that if this mod is required I assume they would do it for free due to it being an underlying issue
Cheers

Well as being out of warranty, if there is an underlying problem you would expect that the manufacturer would rectify the problem. I guess without owning an early model 200 series was the oil consumption limited to only a random number of cruisers or did it affect most?
If most were affected then that is a model fault which I think would have recourse, I could be wrong. (have been many times just ask my wife)

Zorba said:
Well as being out of warranty, if there is an underlying problem you would expect that the manufacturer would rectify the problem. I guess without owning an early model 200 series was the oil consumption limited to only a random number of cruisers or did it affect most?
If most were affected then that is a model fault which I think would have recourse, I could be wrong. (have been many times just ask my wife)
Click to expand...

Well first you would have to prove it is a manufacturer fault, not fair wear and tear or abuse by the previous owner or another issue all together . You may get lucky but given the age and being out of warranty I wouldn't be overly confident on that
Z

What does it cost to have a scavenger pump installed?

Hi guys some very very good points from both sides of the fence here and to be honest with you lot, I always read the entire threads and base my opinion on the statistics and info people have written above to help with my own thoughts and theories.
Zorba- love the name so I'm pressuring you too are also of Greek back ground too?

Also I would hate to be in your situation as this is an absolute tough one nut hopefully by the time you get done with everyone's input you will make your mind up easier.

I would go the newer car.
The 200 replaced the 100. For me to spend the same amount on a 100 as what I could have purchased a 200 for would kinda urk me.
They are newer, more comfortable, more powerful , more roomier, more bang for your buck.
And like someone else said about 90% of people who have had both say 200.

I picked up my 2017 sahara this afternoon and I have to say I am bloody ecstatic...
I also have a gu patrol which I use for full on off road but if you're looking at touring with odd difficult track any vehicle with an exceptional amount of mods should get you up it. 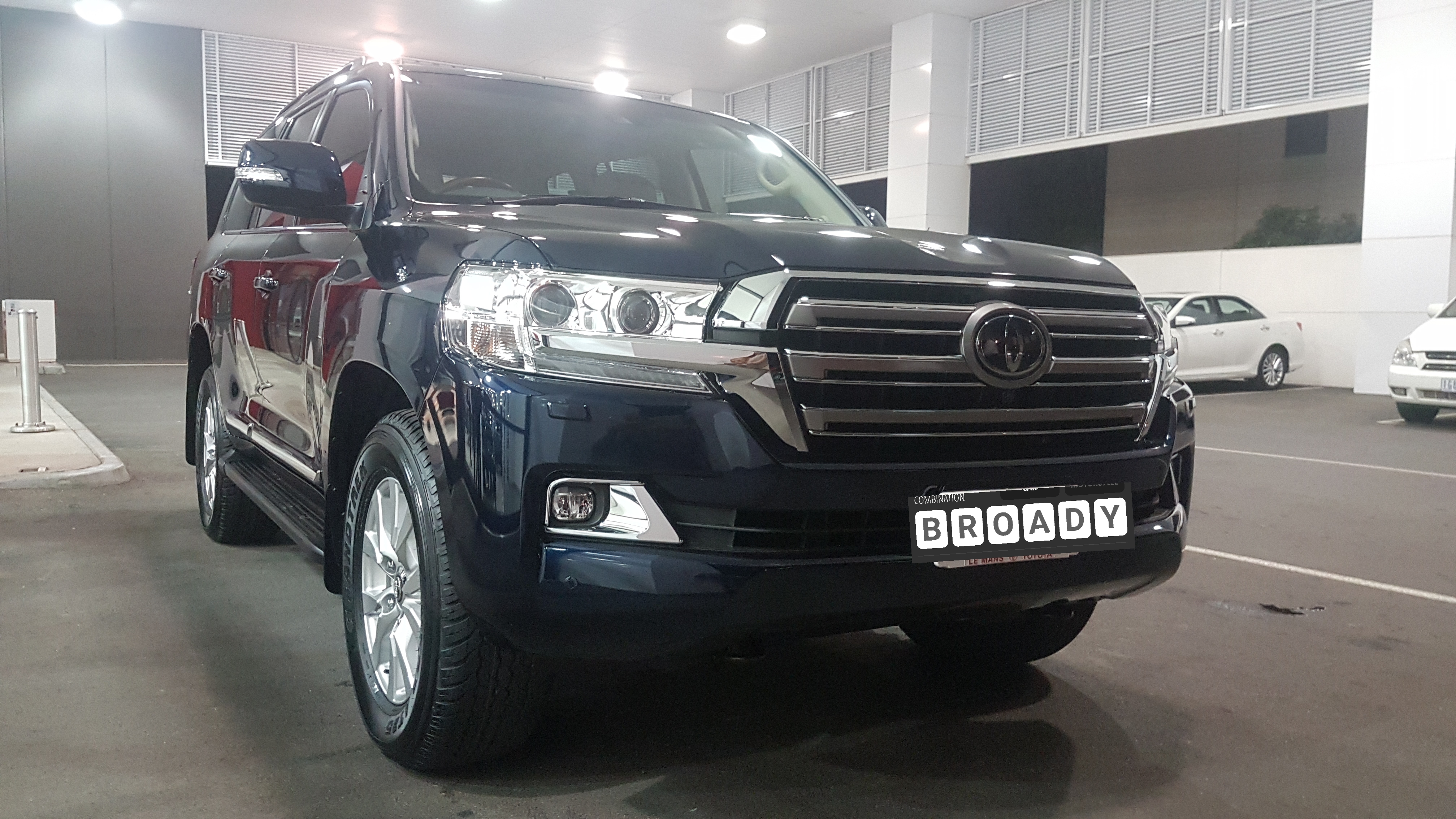 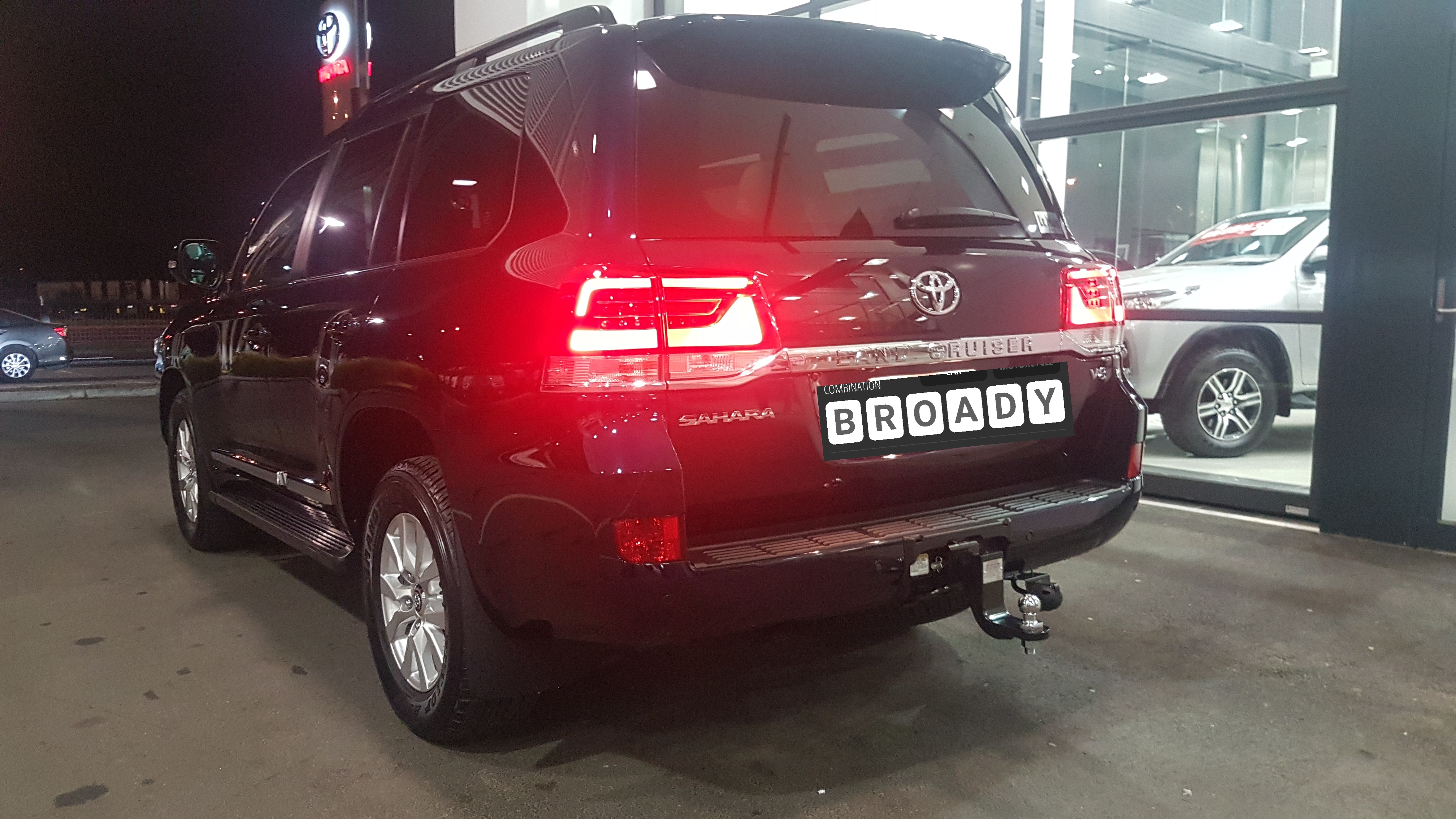 Very nice cruiser Georgie,
It looks like from most of the comments and general research the 200 series is the way to go. If I was in a more fortunate position to be able to replace my car at about the 250,000 to 300,000 kms I would less concerned. My budget extends to a 2008,2009 TTD with 200,000kms approx. $40-45,000
I generally keep any of my cars basically until they die due to financial restrictions
I guess my most pressing question now is that will a 200 series TTD last a lot my kms than 200,000kms? Of course oil changes and general maintenance will be done
Thanks for taking the time to help with advise
yia sou
You must log in or register to reply here.
Share:
Facebook Twitter Reddit Pinterest Tumblr WhatsApp Email Share Link
Top